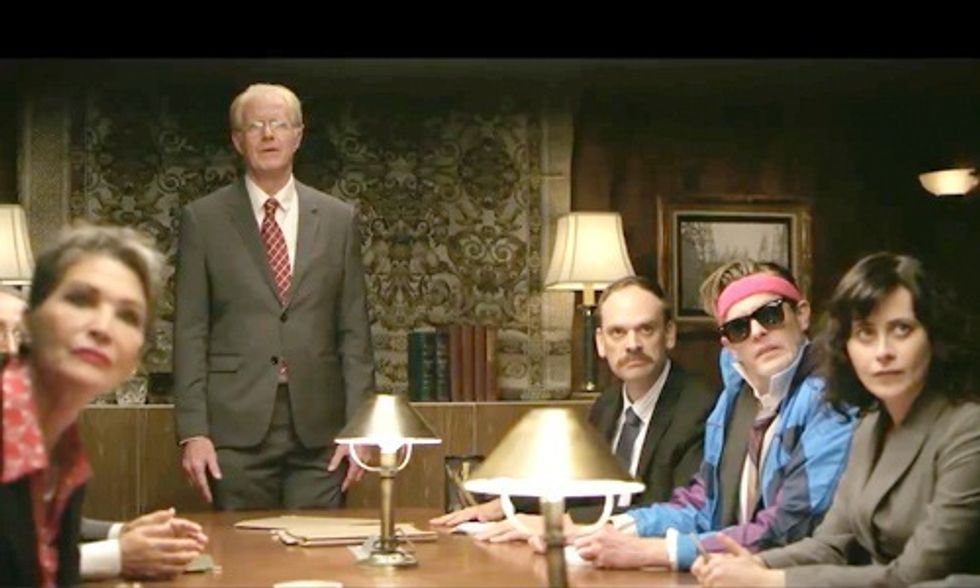 The League of Conservation Voters and comedy video website Funny or Die have teamed up to produce a video with the help of two huge stars, Ed Begley Jr. and Jeff Goldblum. The video mocks the fossil fuel industry's opposition to President Obama’s Clean Power Plan. The hilarious segment is set in a boardroom with nine utility executives, who are furious that they have to comply with the U.S. Environmental Protection Agency's (EPA) new carbon rule for power plants.

“People are convinced our coal-fired power plants are killing people and the planet,” Begley tells the other executives. "I mean, solar is cool," he says with disgust to the uproarious laughter of the other executives. “And now the EPA wants to put their clean-air safeguards on us.” What's a group of the nation's biggest polluters to do? So, they bring in "The Fixer," played by Jeff Goldblum.

UK to Shut Down All Coal Power Plants by 2025, But Will Remain Fossil Fuel Dependent