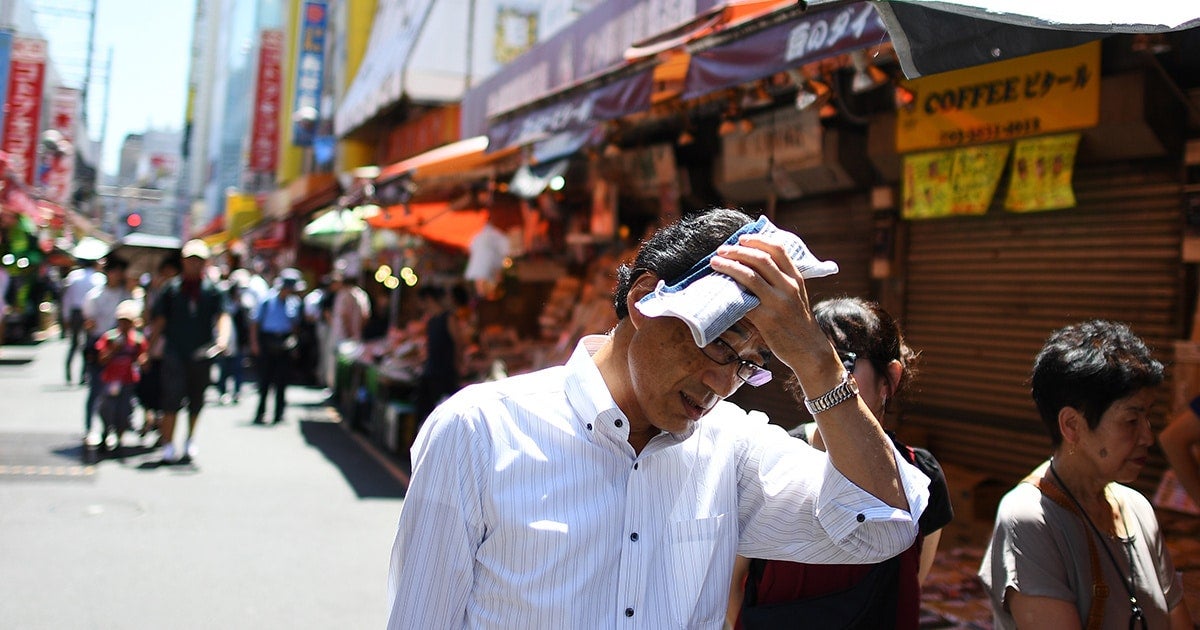 People walk in the street during a hot day in Tokyo's district of Ueno on August 7. CHARLY TRIBALLEAU / AFP / Getty Images

While the worst of this summer’s heat seems to have passed in the U.S. and Europe, Japan is in the throes of a dangerous heat wave.

The end of the rainy season last week brought a dangerous heat wave that claimed the lives of 57 people in Japan and sent tens of thousands to the island nation’s hospitals for heat related illness, the Japan Times reported.

The week that started on July 29 saw triple the number of heat-related hospitalizations as the week before. At 18,347, that’s the second highest number since heat-related records started in 2008, according to the Fire and Disaster Management Agency, as the Japan Times reported.

The Japan Meteorological Agency (JMA) said the surge in hospitalizations, deaths and people collapsing from heat stroke is partly due to people’s bodies, which adapted to the cool weather of the rainy season and did not sweat much, have been unable to cope with the sudden spike in temperature, according to the Japan News.

The JMA said a seasonal rain front lingered over Honshu from late June to mid-July. Plus, a high pressure system in the Sea of Okhotsk also brought cold winds from the north, resulting in cloudy, cool weather across the country, as the Japan News reported. That ended abruptly.

From July 1 to July 23, one person died in Japan from heat stroke. The following week, the official end of the rainy season, saw 11 deaths when temperatures reached 98.6 degrees in central Japan, according to the JMA. Last week when 57 people died, temperatures in Kumagaya City and Isesaki City reached 101 degrees, while Fukushima and Osaka registered readings of 98 and Tokyo 95, according to the UPI.

While Japan suffered from more hot temperatures today, Japanese authorities asked residents to stay cool and hydrated since the heat is expected to last until September.

Yamaguchi was rehearsing on an outdoor stage in Hirakata amusement park for about 20-minutes in a costume that weighed over 35 pounds when he lost consciousness lost consciousness around 8 p.m., according to police and reported by The Asahi Shimbun.

Deadly heat waves like this are becoming an annual occurrence in Japan, where authorities are lobbying to designate public facilities, shops and other places as “temporary rest areas” where people can take respite from the heat. Last summer, the Fire and Disaster Management Agency declared the extreme heat a natural disaster after 65 people died of heat-related medical conditions in one week and temperatures set a new record at 106 degrees Fahrenheit, as Time reported.