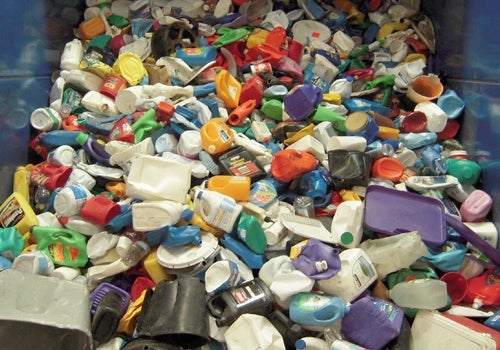 People don’t want more pollution. With the new century and the agonizing economic shift we’re going through, things should get better, not worse in terms of environmental health.

Ohio ranks the worst in the country for toxic air pollution. The American Lung Association’s State of the Air 2011 report gives Cuyahoga County a failing grade for ozone and particulate pollution levels. The eight-county Cleveland metropolitan area is ranked as having the nation’s 12th highest level of year-round particulate pollution. Clevelanders, although maybe not aware of the statistics, know that our pollution stinks and it’s a major cause of illness.

Despite our poor environmental rankings, the City of Cleveland held public meetings in January and will hold meetings in February to explain to residents the plans for a proposed gasification waste-to-energy facility. Cleveland Public Power has applied for an air permit from the Ohio Environmental Protection Agency for a 15 megawatt facility that would combust an estimated 560 tons of trash a day.

The proposed Ridge Road project is an unproven combination of technologies that does not exist anywhere in the world. The gasification plant would be the first of its type in the country and the first time the technology has been used in the U.S. for municipal solid waste.

The gasification technology has been described by industry experts as “emerging” with high risks. Risks include insufficient experience to establish reliability estimates, high operating expenses, high capital investment requirements, scale-up issues and lack of performance guarantees from equipment manufacturers due to the volatility of the fuel-syngas produced by gasifying municipal solid waste.

The Commissioner of Cleveland Public Power, Ivan Henderson, has claimed publicly that the project “doesn’t have any harmful pollutants associated with it.” However, an official representing the City’s Division of Air Quality stated in an internal memo, “This will be a new, and a large, air pollution source. Highest pollutants are expected to be particulates, sulfur dioxide, nitrogen oxides, carbon dioxide, and carbon monoxide … ”.

The annual potential air pollution emissions from the proposed facility, as indicated in the draft air permit, include 500 pounds of lead, 260 pounds of mercury and tons of other hazardous air pollutants.

An uncommon aspect of the proposal is how the project started. Cleveland Public Power first identified gasification as the preferred technology it wanted to adopt. Cleveland Public Power’s partner in developing the proposal to date is Princeton Environmental Group, led by Peter Tien, a manufacturer’s representative to the Japanese company Kinsei Sangyo. Tien was awarded a $1.5 million contract in March 2010 to prepare preliminary designs and to seek an air permit.

The project’s total costs have been estimated at $180 to $222 million. Financing, which has yet to be determined, could increase the total cost to an estimated $300 million. Ownership and operational details have also not yet been finalized.

Another unusual development was Cleveland Public Power issuing a request for information and qualifications (RFIQ) in September of 2011. Although the City’s air permit application was submitted in March 2011 and the permit utilized Kinsei Sangyo specifications for equipment and emissions, the RFIQ seeks to identify other potential technologies and vendors.

Cleveland City Council anticipates another request for legislative authority from CPP in the amount of $250,000 to hire a consultant to review and assess the responses and plan for the next step. That will bring the planning costs to date to well over $2 million. Ultimately the project is likely to fail primarily due to financial constraints.

Opponents of the project have a long list of alternatives for the city to consider, including recycling, composting, renewable energy such as wind and solar, and energy efficiency, all of which can help create green jobs for city residents. In addition, the City will benefit from the estimated $4 million in savings if 25 percent of the waste from landfills is diverted and revenues generated from selling some 58,000 tons of recyclable material. When you consider the combinations of risks, difficulty in financing, questionable process and phasing, the clear and proven alternatives offered and the call of “no more pollution” from citizens, it’s clear that the city needs to go back to the drawing board.