Is Your Shampoo Toxic? 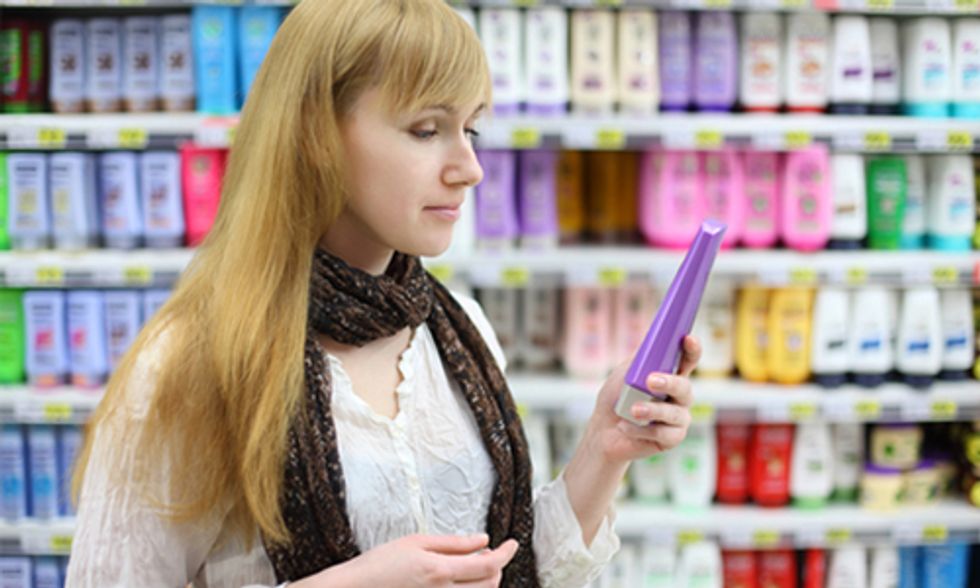 Last year, in a story that attracted lots of attention on EcoWatch, the Center for Environmental Health (CEH) revealed that cancer-causing chemical cocamide diethanolamine (cocamide DEA), a chemically modified version of coconut oil used as a thickening or foaming agent, was an ingredient in 98 shampoos, soaps and other personal care products. CEH brought lawsuits against companies in California whose products included it without a warming label as required by the state's consumer protection law.

It's always a good idea to read the list of ingredients on shampoo and other personal care products. For one, be sure that the cancer-causing chemical cocamide diethanolamine (cocamide DEA) is not in your shampoo.
Photo credit: Shutterstock

That revelation caused enough of an uproar that CEH reached an agreement with the companies to remove the chemical from their products in California, with the expectation that they would stop selling them nationwide. It's a good idea to check to be sure—you definitely don't want that in your shampoo.

But if you ever read the list of ingredients on the label, you probably found the list was so long you didn't notice this one. With so many chemicals with mysterious names, what else is there in your shampoo that might be a problem?

Some chemicals are added to shampoos to make them all fizzy and frothy and give you the feeling that there's some high-energy cleansing going on. Sodium lauryl sulfate and sodium laureth sulfate are common chemicals used as foaming agents in shampoos. But like many such additives, they are harsh detergents that pull the oils from your hair and dry it out. Ammonium lauryl sulfate is another variation with similar properties. All of them can leave your hair dry, dull and lifeless in the long run. Some studies have suggested that if absorbed through the skin these chemicals could be carcinogenic. That hasn't been proven for sure but why take a chance? Go with a little less fizz in the shower.

Thickeners are put into shampoos to make them feel rich and creamy and give you the sense that they are packed with moisturizers, but like foaming agents, they give you the sense that something healthy is going on which isn't necessarily the case. Polyethelyne glycol (PEG) and sodium chloride—basically just salt—are among them, but both have drying properties and can leave your hair brittle and flat, the opposite of what you think they're doing. And PEG can cause allergic reactions and has been implicated in causing cancer as well. If the bottle boasts that the product is a "volumnizer," you might want to go over the ingredient list carefully.

Of course you've seen the products that boast about leaving your hair glossy, with a shine that will light up the darkest nightclub. Chemicals like dimethicone, a form of silicone, act by coating the surface of the hair shaft and locking in the moisture. That coating is also how these haircare products "mend" split ends. But some people don't react well to this chemical and it's been known to cause rashes and irritated, itchy skin. And because it can block the pores and prevent the skin from breathing, it can cause breakouts and acne.

Parabens like methylparaben, butylparaben and propylparaben are added to shampoos and a host of other personal care products to prevent bacteria growth and make them last longer, but they can also be scalp irritants for some people. And because they mimic estrogen, there's been a heated debate about whether they're implicated in breast cancer. The research leans toward "probably not," but if you're worried, many companies now make products advertised as "paraben-free."

There's almost always fragrance of some kind in hair products, intended to make the product seem fresher and healthier by evoking the natural scents of fruits, vegetables, herbs, flowers or a tropical beach. But the composition of any given fragrance, a concoction sometimes made up of hundreds of chemicals, is usually a "trade secret." Yet fragrances are often the culprit behind skin irritations and allergic reactions, including asthma, dizziness and headaches. Without knowing precisely what's in them, you'll never be able to pinpoint the exact cause. It's why some people prefer unscented products. If you're exceptionally sensitive—or merely cautious—that may be the way to go.