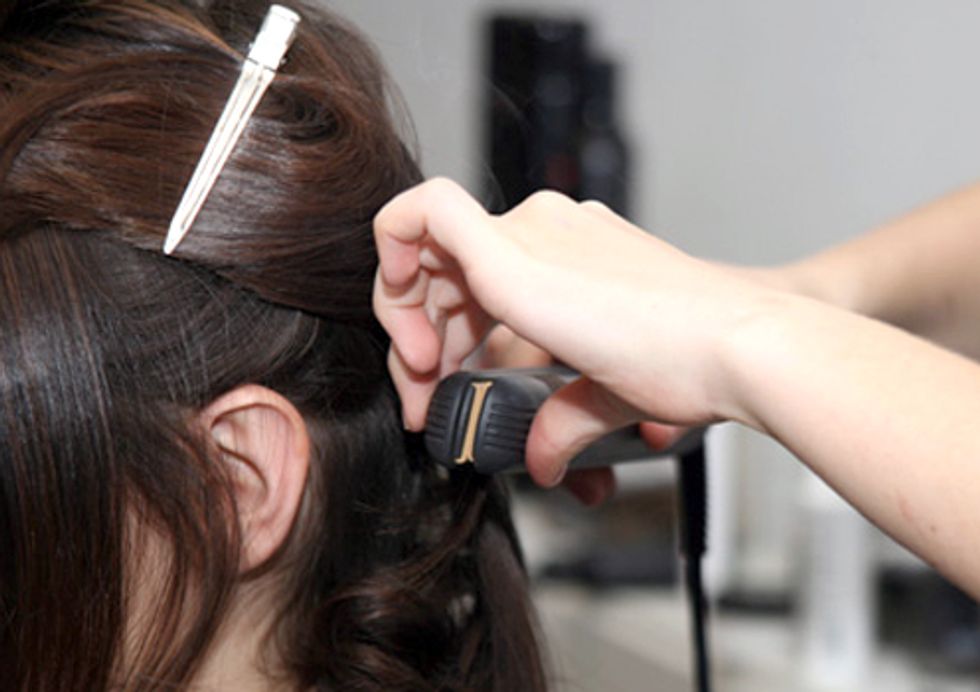 In response to public pressure from recent scandals including mercury in face cream, lead in lipstick and formaldehyde in hair products, the House Energy and Commerce Health Subcommittee on March 27 convened  the first Congressional hearing in 30 years on the safety of cosmetics and personal care products. The hearing was weighted in favor of industry, which represented four of the six witnesses who testified. No witnesses representing health impacted salon workers or consumers were called to testify.

“It’s upsetting that manufacturers, their trade groups and lawyers got most of the seats at the table but the voices of people who have been hurt by toxic products were shut out of the process,” said Jennifer Arce, a hairstylist who is suffering respiratory ailments due to formaldehyde exposure from hair straightening treatments that she was required to give clients. Arce’s name was submitted to the Committee but she was not chosen to testify.

Michael DiBartolomeis, PhD toxicologist and head of the Safe Cosmetics Program for the California Department of Health, testified that companies have reported to his office 17,060 personal care products that contain one or more of 96 carcinogens or reproductive toxicants. The reporting is required by the California Safe Cosmetics Act of 2005.

DiBartolomeis stressed the importance that any federal cosmetics legislation must not preempt states’ rights to create stronger standards, as California has done. This could be a central issue as Congress gears up to debate cosmetics safety in the weeks ahead.

“This is a critical time for the future of cosmetic safety in the United States. Industry, environmental groups and both parties seem to agree that the failed 1938 cosmetics laws need to be updated, but the million-dollar question is, will it be meaningful reform or will industry write its own rules and make a bad situation worse?” said Janet Nudelman, policy director of the Breast Cancer Fund.

On March 27, Reps. Frank Pallone (D-NJ) and John Dingle (D-MI) introduced the Cosmetics Safety Enhancement Act. That bill calls for companies to pay $500 in user fees and would grant recall authority to FDA for cosmetics. Unlike Schakowsky’s bill, it would not provide protections against carcinogens and reproductive toxins in cosmetics, would not require full disclosure of cosmetic ingredients, and does not contain as strong a safety standard.

A third legislative proposal, written by the Personal Care Products Council, seeks to have FDA codify into law decisions about ingredient safety made by the industry-funded Cosmetic Ingredient Review Panel. Such a move would be “unprecedented” and possibly unconstitutional, according to Michael Landa, director of the Center for Food Safety and Applied Nutrition at the Food and Drug Administration (FDA), who testified at the hearing.

The Energy and Commerce Committee has said there is a placeholder for cosmetics safety language to be added by Rep. Leonard Lance (R-NJ) to the User Fee Reauthorization Act that Congress will vote on in the coming months.

“Essential public health protections could be set back another 70 years if industry gets away with writing its own laws that put industry profits over public health,” said Janet Nudelman from the Breast Cancer Fund.

Nudelman stressed the need for meaningful reform that includes phasing out cosmetic ingredients linked to cancer, reproductive or developmental toxicity; a safety standard that protects workers, babies and other vulnerable populations; full disclosure of ingredients and FDA authority to recall dangerous products from the market—all of which are elements of the Safe Cosmetics Act of 2011.

“Anything less than this will fail to protect the public from the worst toxic chemicals that are lurking in our most intimate products,” Nudelman said.