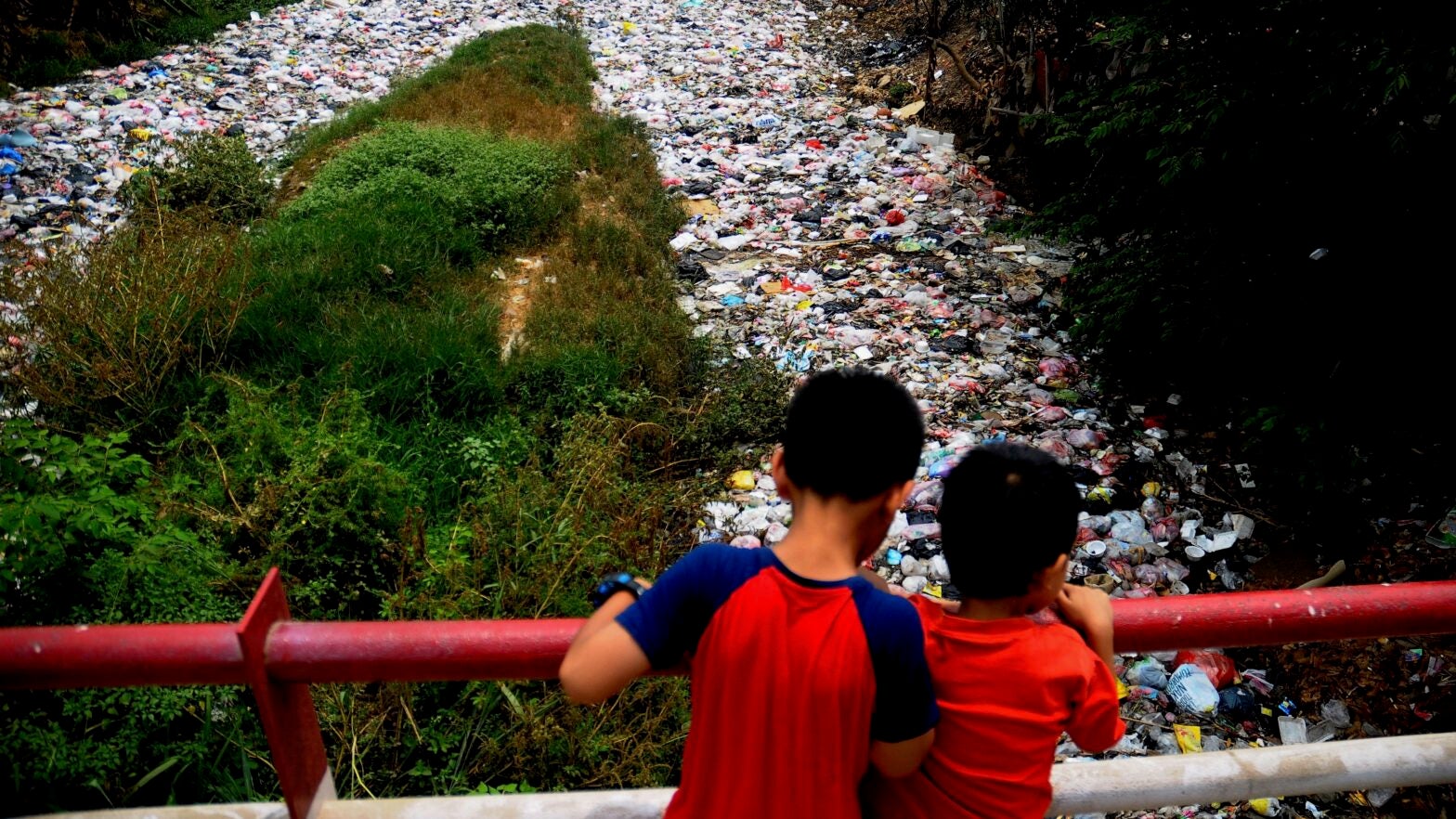 The Garbage Café in India is tackling the country’s plastic crisis while also giving a hearty meal to the poor and the homeless.

Operating under the tagline, “more the waste, better the taste,” the Garbage Café opened in Ambikapur, in the state of Chhattisgarh. A project from the municipal council, the café offers a hearty meal for one kilogram of collected plastic. For a half kilogram, you can earn a substantial breakfast, as Vice reported.

Last week, an impoverished garbage picker who could once only dream of eating at a café, was sitting at a table over a hot meal of dal, aloo gobi, poppadoms and rice, which he paid for with one kilogram of plastic waste. “The hot meal I get here lasts me all day. And it feels good to sit at a table like everyone else,” he said, as The Guardian reported.

Ambikapur has aggressively attacked the pollution crisis India faces by investing in cleanups, and jumping 15 spots in the rankings to become India’s second cleanest city this year, as the Times of India reported. Only Indore in central India is ranked cleaner.

Simar Malhotra, co-founder of Parvaah, a not-for-profit in New Delhi which campaigns against plastic, believes the Garbage Cafe is worth emulating across the country.

“How many schemes solve two problems in one go?” said Simar Malhotra, co-founder of Parvaah, a not-for-profit in New Delhi that campaigns against plastic, as The Guardian reported. “The cafe tackles waste and also gives hungry people a hot meal which in turn motivates them to collect more plastic.”

The way it works is pickers bring their collected plastic to a waste management center that gives the collector a coupon. The coupon is then brought to the Garbage Café, which is located at the city’s main bus stand, where the coupon is then exchanged for breakfast or lunch, according to the Times of India. Or, they bring the plastic to the café.

“It’s become well known fast, because it’s located right by the main bus stand in the city,” said the city’s mayor, Ajay Tirkey, as The Guardian reported. “We’re getting about a dozen people coming in every day. One day a whole family came in with huge sacks weighing seven kilos.”

“What’s important is that our meals are nutritious and tasty. We didn’t want to give rubbish,” he added

The collected plastic from the Garbage Café will be used to construct roads.

While the Prime Minister announced that India would start to phase out single-use plastic by 2022, the country struggles with the nearly 25,000 tons of plastic waste it creates every day. India lacks the infrastructure and waste management systems to separate plastic from general waste, as The Guardian reported. Ambikapur stands as an outlier with 100 percent door-to-door waste collection.

The city hopes to expand the operation, hoping to provide shelter to the homeless in exchange for collected trash, according to Vice.

The idea is starting to catch on in other parts of India. Municipal authorities plan to open a string of Garbage Cafes in the country’s capital New Delhi. Nearly 70 percent of plastic waste in the capital is from single-use items. It often ends up in landfills or clogging drains, according to The Guardian. It’s extremely dangerous for hungry cows who graze in waste bins and consume plastic.

Last year, a veterinarian in New Delhi removed over 150 pounds of plastic from a cow’s stomach, according to The Guardian.