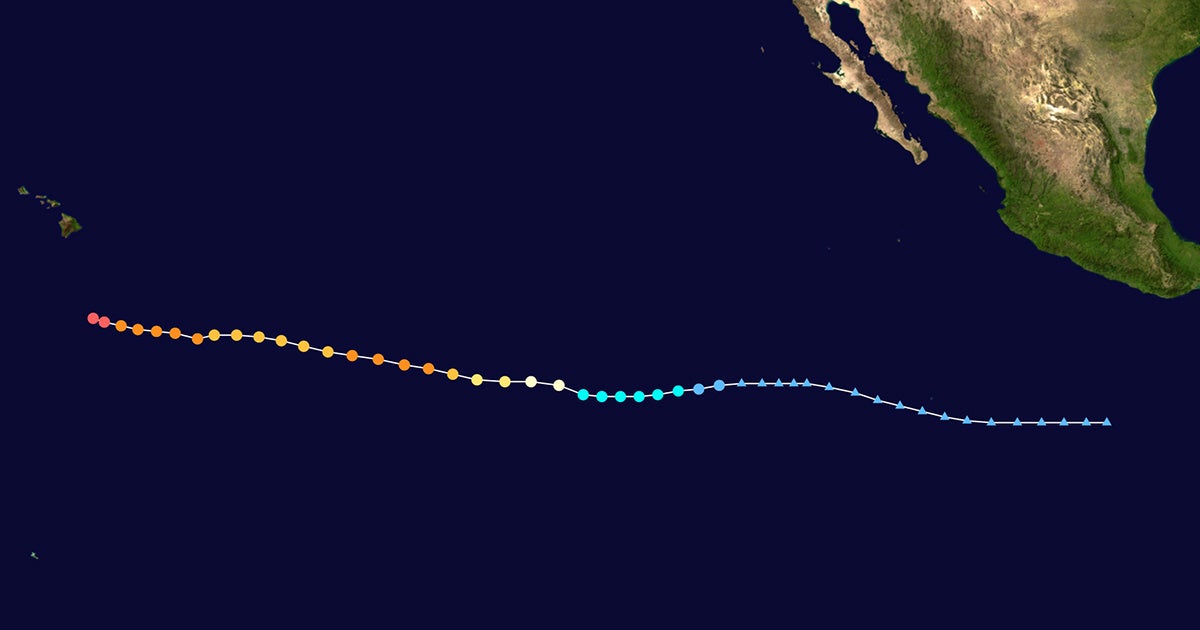 Hurricane Lane could become the first hurricane to make landfall in the state of Hawaii since 1992, The Washington Post reported Tuesday.

The Category 4 storm, currently blowing 150 miles per hour at its peak, has a projected path that could either parallel or pass over all of the islands in the Hawaiian chain.

The Central Pacific Hurricane Center in Honolulu posted hurricane watches for the eastern Hawaiian islands, including the Big Island and Maui, saying they could face tropical-storm-force winds and heavy rains by Wednesday or Thursday.

“This isn’t Florida. The landscape and infrastructure are different. Take this one seriously,” Federal Emergency Management Agency strategic planner Michael Lowry tweeted, according to The Washington Post.

This is a troubling forecast for #Hawaii. There are a million people on #Oahu alone, where no direct hurricane impact (of any magnitude) has been recorded. This isn't Florida. The landscape and infrastructure are different. Take this one seriously. #Lane https://t.co/HM8gkNlu9v pic.twitter.com/1vS7eRadY0

The Hurricane Center said it might extend watches to the western islands, including Oahu, later. If that happens, it could make for the first time a hurricane has made landfall in Honolulu since Hawaii became a state.

Honolulu Mayor Kirk Caldwell urged residents to take the approaching storm seriously, despite the fact that Hurricane Hector bypassed the big island Aug. 8 after threatening it, as The Weather Channel reported at the time.

“Some people might say, ‘Another hurricane, it didn’t hit us last time, we don’t need to worry.’ No, we got to plan for the worst and hope for the best,” Caldwell said Monday, according to CBS News.

Hawaiian’s seemed to be heeding his advice, as The Associated Press reported Tuesday.

“People are getting ready, which is exactly what we want,” Maui County spokesman Rod Antone told The Associated Press. “I know people are taking trips to Costco, buying ramen, rice, the usual. Toilet paper.”

He also urged people to prepare emergency kits and withdraw cash from ATMs in case of a power outage.

Hawaiian Airlines has waived change fees for flights to or between the islands from Tuesday to Sunday.

Senior Honolulu forecaster Tom Birchard said that the islands could be hit with heavy rains, flash flooding and high surf even if the center of the storm does not hit the islands directly, CBS News reported.

The Big Island of Hawaii, the most likely to be first hit by Lane, has never been hit directly by a hurricane in recorded history, according to The Washington Post.

The two hurricanes to hit the state in recorded history, Dot in 1959 and Iniki in 1992, both hit Kauai, Senior Research Associate at the University of Miami Rosenstiel School of Marine & Atmospheric Science Brian McNoldy tweeted, according to The Washington Post.

Only two hurricanes have made landfall on any of the Hawaiian islands in recorded history: Dot in 1959 and Iniki in 1992… and coincidentally, both hit Kauai! #Lane is threatening to become the third by the weekend. #Hawaii pic.twitter.com/Sx9MaZpYr7

The storm was moving west as of Tuesday, but is expected to turn north. The extent to which it does so will determine how directly it hits one or more Hawaiian islands.