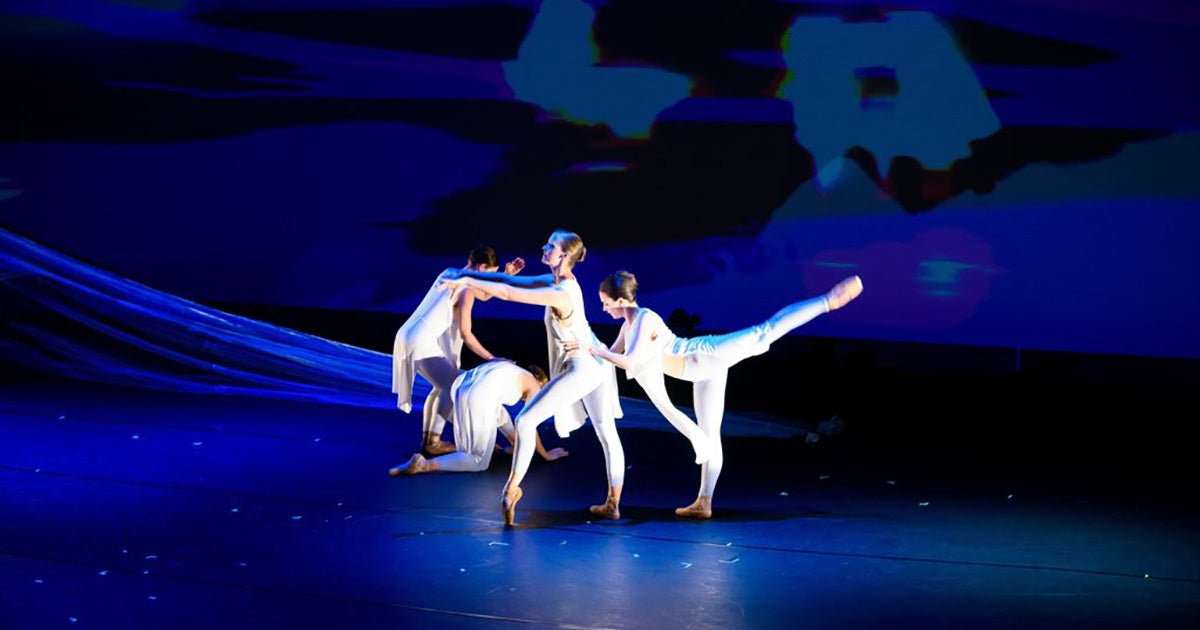 Eighteenth century French choreographer Jean-Georges Noverre once wrote, “A fine picture is but the image of nature; a finished ballet is nature herself.” Noverre was arguing for the immediacy of dance. Twenty-first century American choreographer Diana Movius took his words literally.

In GLACIER: A Climate Change Ballet, Movius depicts the slow melt of the Arctic with stirring dance and vivid multimedia accompaniment. In the spirit of Noverre, who revolutionized ballet through his focus on emotional honesty, Movius captures the pain and heartache lurking at the ends of the Earth.

“What does climate change feel like? It’s mostly considered an analytical issue, something where you have to think far in the future,” she said in an interview during the show’s September run in San Francisco. “Is there a way that performance can make climate change into an immediate issue that you actually feel in your heart instead of know in your mind?”

A climate policy analyst by day and choreographer by night, Movius is well-suited to craft a ballet about the melting Arctic. Dancers clad in white mimic glaciers and ice floes as they crack, splinter and vanish into the sea. They leap and twirl to the music of Max Richter, David Lang and Andrew Thomas, while images of the melting Arctic, stitched together by artist Robin Bell, flash against the backdrop. GLACIER is now playing at Dance Loft on 14, the Washington, DC dance studio Movius founded.

“The great thing about working with these dancers is they can really take an idea and make it their own, and they can tap into their own life experience and their own emotions,” Movius said. She told members of her troupe, MOVEIUS, to imagine losing a loved one as they danced. 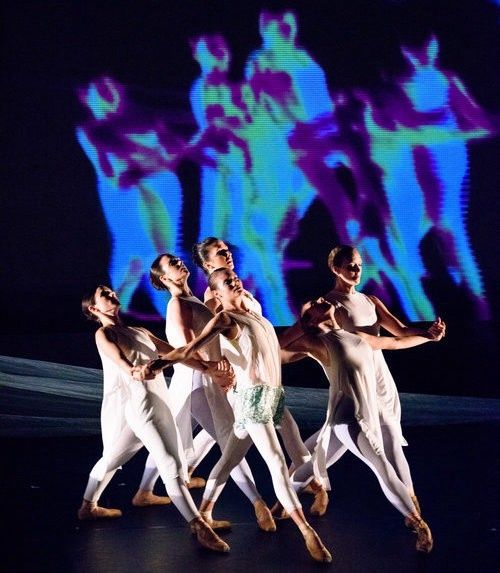 Movius premiered GLACIER in 2015. “I was looking for a way to translate climate change into dance,” she said. “After watching several specials on the melting of polar ice caps and the different ways that ice responds to warming, I realized that you can actually translate the type of movement that ice makes in response to a warming world into dance.

Movius nearly falls into the same trap as other artists. Too many cast the steady rise in temperature as a threat to nature rather than an urgent danger for humans, one that will spark resource wars, mass migrations and political unrest. Or, worse yet, artists focus on the political controversy around climate change instead of its looming perils. Works featured at the recent Global Climate Action Summit in San Francisco, for example, included a giant polar bear and a neon sign that read “Climate change is real.” 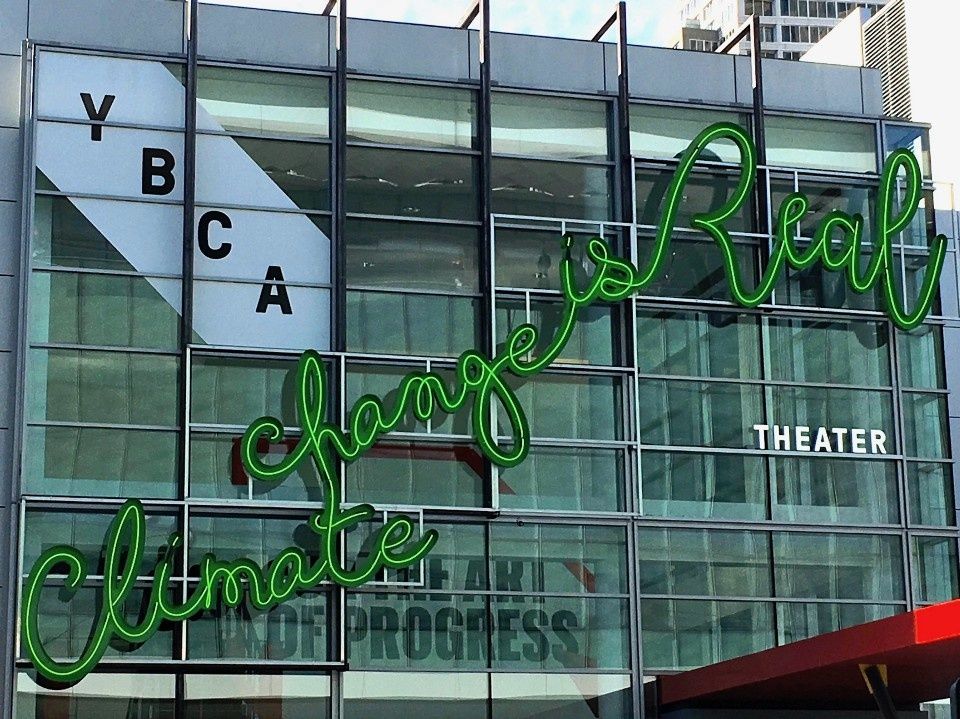 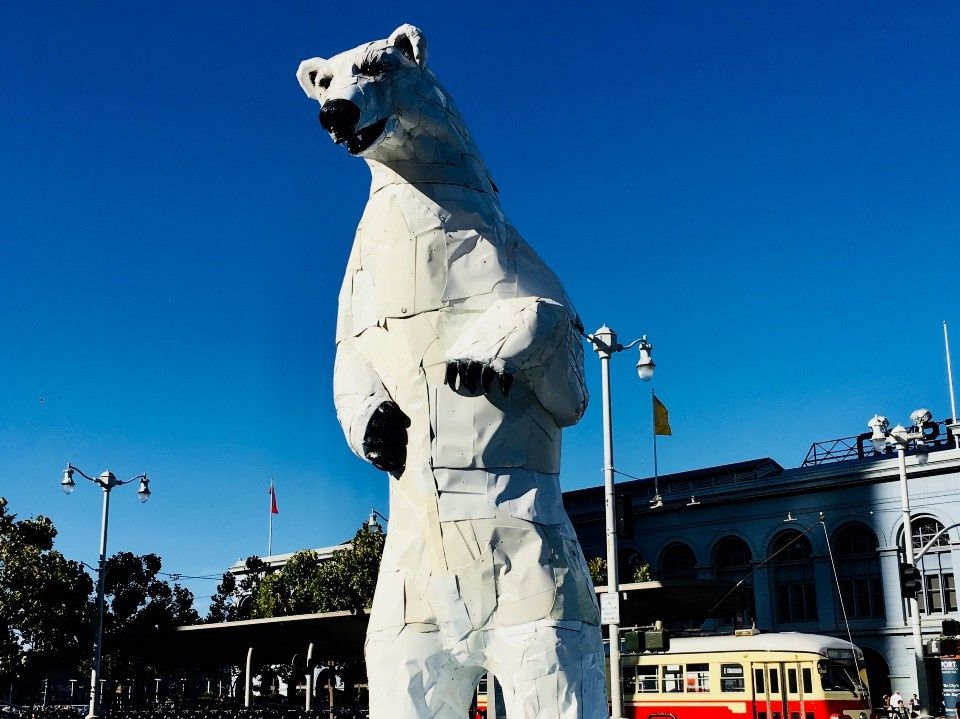 Movius narrowly avoids these pitfalls. Yes, this is a story about nature—there is an extended scene featuring a polar bear—but GLACIER does more than deploy a few well-worn tropes about climate change. Dancers convey a sense of angst and agony as the world melts away.

“An audience member can come into the performance and leave having actually felt climate change,” Movius said. “I think that’s a sense of poignancy, of sadness, of watching something beautiful disappear.”