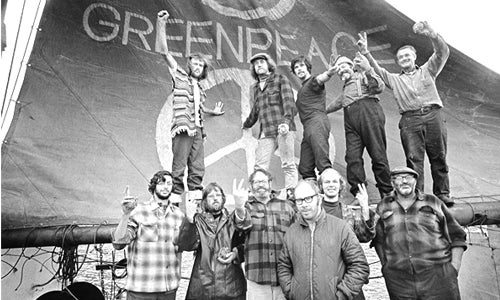 The festival always has a solid showing of environmental films and this year is no different. The film, Racing Extinction, which is a call to action amidst massive species loss, had its world premiere at Sundance on Jan. 24. Another must-see film that screened at Sundance is How to Change the World, which won the Candescent Award given to powerful social-issue films that have been supported during production by the Sundance Institute Documentary Film Program and premiere at the Sundance Film Festival. 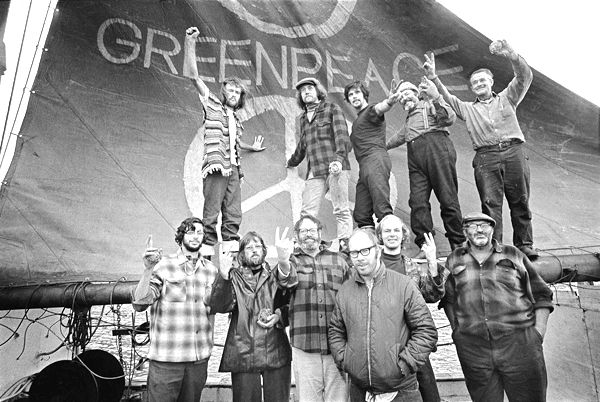 Directed by Jerry Rothwell, the film tells the story of an eclectic group of friends—Canadian hippie journalists, photographers, musicians, scientists and American draft dodgers—who launched Greenpeace. The group formed Greenpeace in 1971 after its protest of Richard Nixon’s nuclear tests in Amchitka, Alaska captured the world’s imagination.

The group wanted to “bear witness”—a Quaker tradition of silent protest—to U.S. nuclear testing in Amchitka because it was the “last refuge for 3,000 endangered sea otters, and home to bald eagles, peregrine falcons and other wildlife,” according to Greenpeace. The U.S. still detonated the bomb, but Greenpeace’s campaign helped stop nuclear testing in Amchitka later that year and the island was declared a bird sanctuary. That was just the beginning of many more intense campaigns around the world, in which members of Greenpeace put their bodies on the line to protect the planet. 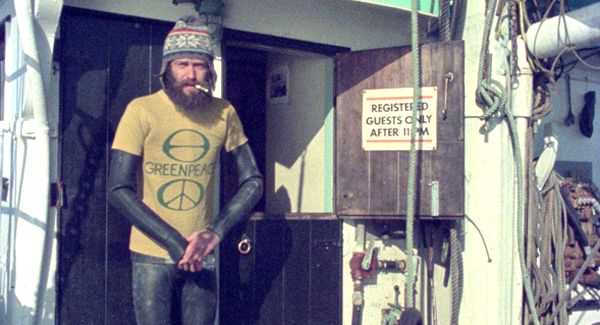 Bob Hunter, one of the founders of Greenpeace and its first president. Photo credit: How to Change the World

With real-life footage of the group’s journey to Alaska aboard an old boat and other early campaigns, How to Change the World gives viewers an in-depth look at how Greenpeace was formed and how its members came to play such a pivotal role in the modern environmental movement. The movie’s website describes it as “an intimate portrait of the group’s original members and of activism itself—idealism vs. pragmatism, principle vs. compromise.”

Greenpeace’s decades of environmental activism have had lasting impacts. “I think without Greenpeace’s work in the 1970s many species of whale would be extinct,” Rothwell told Tom Roston of Moyers & Company. “The moratorium against whaling in 1982 was achieved directly because of the way the early whale campaigns had changed global consciousness about whales.”

One of Greenpeace’s early campaigns to stop whaling. Photo credit: How to Change the World

When asked if the film can be a how-to guide for today’s activists, Rothwell cautions, “It’s an exploration of one attempt to effect change by a small group of people and of the impact of their success on the people in that group and their relationships.” Still, there are undoubtedly many lessons to be learned in the successes and failures of Greenpeace.

Captain Paul Watson, founder of Sea Shepherd, and a co-founder of Greenpeace, is thrilled about the film and its portrayal of Bob Hunter, the first president of Greenpeace. “This film recognizes his genius, his vision, his incredible imagination and his great courage. He did in fact change the world—and very much for the better,” said Watson.