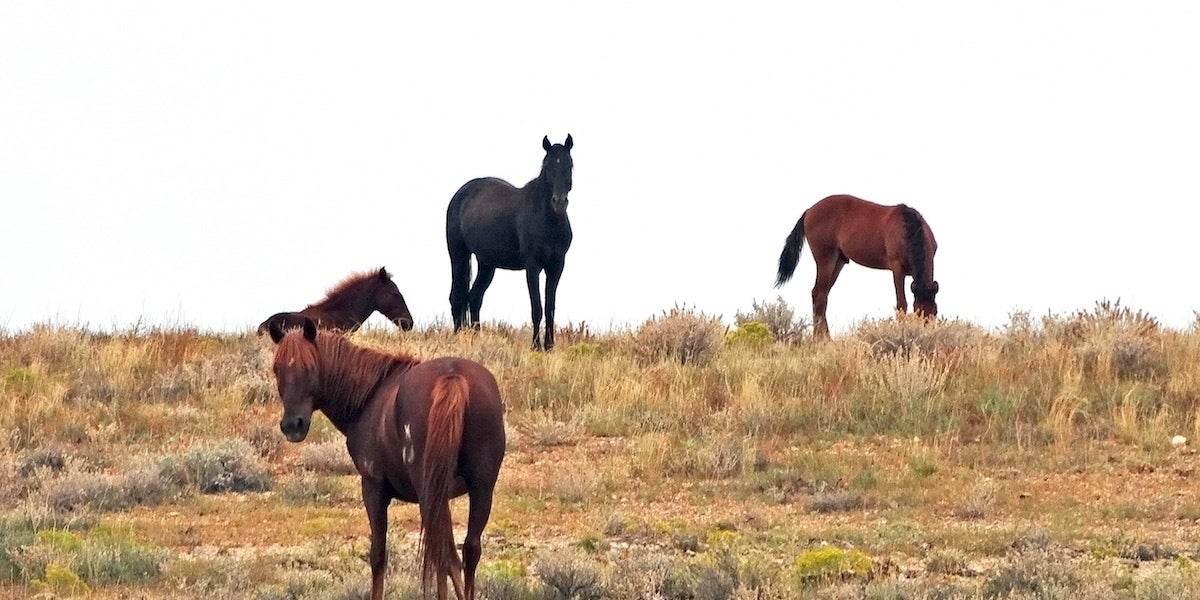 Drought is being blamed for the deaths of 111 wild horses on Navajo Nation land in northern Arizona, according to tribal officials.

The horses were found dead in a muddy stock pond near Grey Mountain over the past week. The
Associated Press reported that animals usually drink from the stock pond but dry conditions left it with little water.

Navajo Nation President Russell Begaye tweeted Tuesday that “due to drought conditions, the horses became stuck in the mud and were too weak from thirst to climb out.”

“This is the beginning,” Begaye warned. “The Navajo Nation has over 70,000 feral horses.”

The Associated Press published grim photos of the dead horses with dried mud caked on their bodies. Tribal officials are trying to determine how best to deal with the carcasses.

Officials are trying to determine how best to deal with the carcasses that could attract scavenging birds, dogs and other wildlife. https://t.co/mG4gim3ZEW

The Navajo reservation is the largest and most populous in the country, spanning northeastern Arizona, southeastern Utah and northwestern New Mexico.

The Arizona region has been grappling with severe drought and limited precipitation, which has caused a shortage of water and feed for livestock and wildlife,
Fronteras reported.

Gloria Tom, director of the Navajo Department of Fish and Wildlife, told Fronteras that the Navajo ecosystem cannot support the heavy populations of wild horses.

“The impact is tremendous. We have horses competing for food and water. There’s potential for disease outbreaks,” Tom said.

Begaye and Vice President Jonathan Nez were in Tuba City Wednesday working on solutions for the drought conditions that led to the horses’ deaths, according to a Facebook
post from their office.

The office said that they are working with the Bureau of Indian Affairs, Navajo Rangers and the Navajo EPA to assess the situation and mitigate any environmental effects.