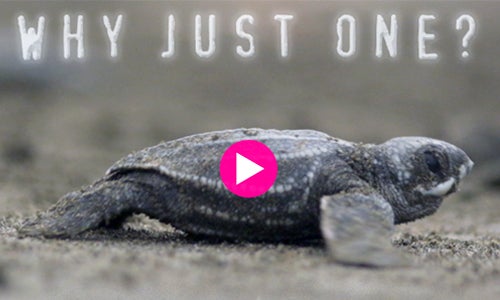 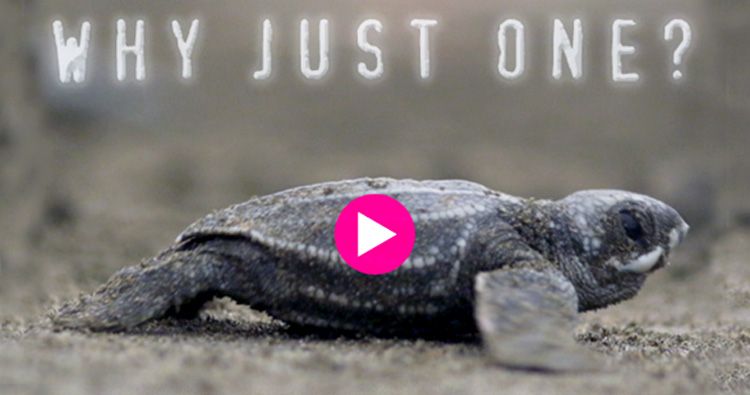 The documentary follows Sea Shepherd’s 2015 sea turtle defense campaign, Operation Jairo, which took place in Honduras, Florida and Costa Rica. Why Just One? focuses specifically on the sea turtle defenders’ successes and struggles of the ground campaign in Costa Rica.

From death threats to attacks, from protecting sea turtles and their eggs, to interviews with Costa Rican activists and Sandoval’s best friend, Why Just One? seeks to answer the question of why only one in one thousand sea turtles survive to maturity.

The documentary also looks to answer why sea turtles are disappearing from the beaches of Costa Rica—and can we save them in time?

“This species which has survived so much, may not survive us,” Sea Shepherd founder Captain Paul Watson commented.

Executive Producer Anderson, a close friend of Watson who is best known to fans in the title role of the hit TV series MacGyver, says he hopes the film will bring world-wide attention to the “heart-breaking plight” of sea turtles.

“My support for Captain Paul Watson and the hearty hordes of volunteers who make up the crews venturing out to sea, has exposed me to the kind of on-going education that continues to enlighten me, both head and heart,” said Anderson. “It is my hope, as executive producer, that this documentary will shed a bright light on a dire situation and proceed to enlighten ALL of us to care about these endangered turtles, as well as ALL of our earths marine life.

Associate Producer Combs, who came to prominence on the TV series Charmed and currently appears on Pretty Little Liars, added: “I became a Sea Shepherd supporter a few years ago when I learned of their amazing work defending the oceans and her inhabitants. Sea Shepherd has shined an international spotlight on the slaughter of dolphins in Japan and the documentary Why Just One? will bring that same international spotlight on the poaching of sea turtles in Costa Rica. I look forward to many more years of working with the courageous and dedicated volunteers of Sea Shepherd.”

Why Just One? Reached its initial funding on Indiegogo in less that 24 hours and has backers from more than 40 counties. It is scheduled for release July 2016. A stretch goal was announced and additional perks were added for a limited time only. To support this film and learn more, visit http://bit.ly/WhyJustOne.