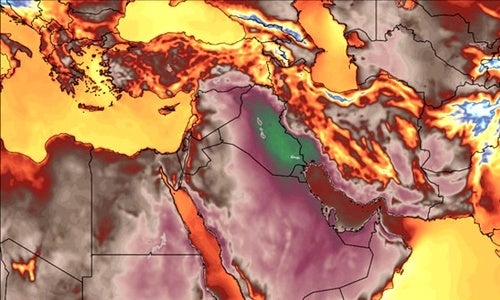 A heat wave passing over the Middle East sent temperature skyrocketing to extreme levels over the weekend. 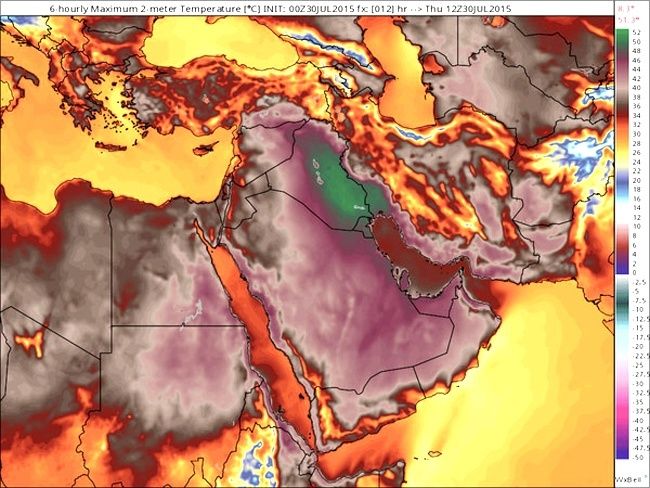 In the Iranian city of Bandar Mahshahr—a city of more than 100,000 people atop the Persian Gulf—the heat index, reached an astonishing 73C (164F) on Friday afternoon, according to the Weather Channel.

Temperatures were so high, the city almost broke a world record, just a few degrees lower than the highest ever record heat index, which was recorded at 81C (178F) in Dhahran, Saudi Arabia on July 8, 2003.

The heat index, or “feels-like temperature,” combines air temperature with relative humidity, which soars during the summer due to the city’s proximity to water.

Weather experts say the country could be enduring some of the hottest urban temperature ever endured by mankind.

In Iraq, scorching heat levels of 50C have already paralyzed cities, with the government forced to call a four day public holiday.

Air temperatures continued to exceed 49C (120F) on Sunday—the eighth day in a row that such highs were recorded.

Residents have been urged to drink plenty of water and stay out the sun, with experts warning of a “heat dome” rampaging across the Middle East.

Chronic electricity and water cuts in the country and other conflict-ridden countries make heat waves like the present one even more unbearable—particularly for the more than 14 million people displaced by violence across the region.