When the Government Failed Puerto Rico, Local Communities Stepped Up 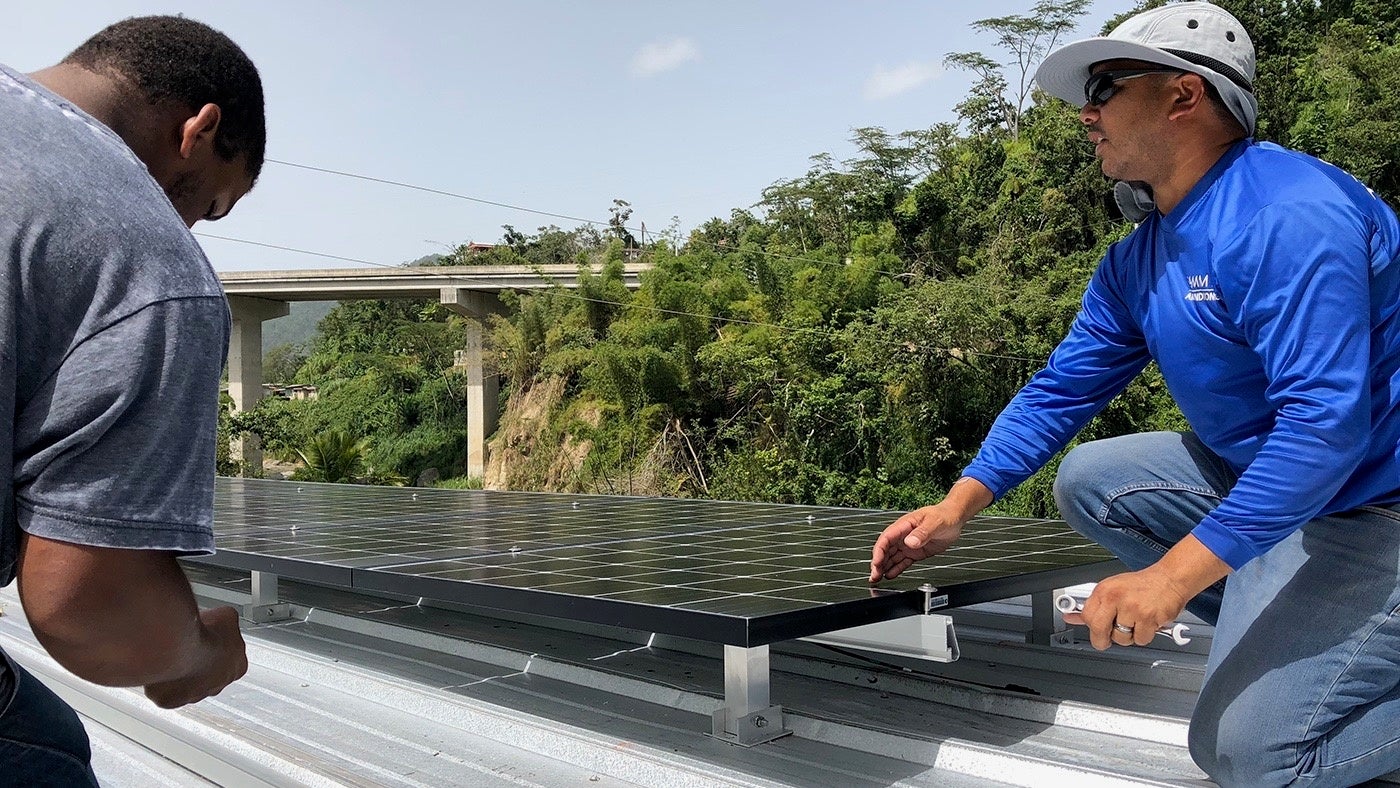 The Earth began to shake as Tamar Hernández drove to visit her mother in Yauco, Puerto Rico, on Dec. 28, 2019. She did not feel that first tremor — she felt only the ensuing aftershocks — but she worried because her mother had an ankle injury and could not walk. Then Hernández thought, “What if something worse is coming our way?”

Her hunch was right. In the twilight hours of Jan. 7, 2020, a magnitude 6.4 earthquake struck the U.S. territory, with its epicenter near the city of Ponce on the south coast, a few miles from Hernández’s hometown. Buildings trembled throughout the territory, but the southwest took the brunt of the quake, with dozens of partially or completely collapsed dwellings, including a school and a church, according to a report from El Nuevo Día. The island’s primary power generation plants in the southern area of Puerto Rico failed, immediately plunging the territory into darkness.

As a survivor of Hurricane Maria’s devastation in 2017, Hernández was consumed with anxiety and desperation at the prospect of having to live through another natural disaster, and watching the government mismanage the recovery again. “My father’s Alzheimer’s progressed since the storm, and dealing with an equal emergency was unthinkable,” she said, before bursting into tears. She doubted she could maintain her economic stability after the earthquake damaged her nail business in the urban center of Yauco. 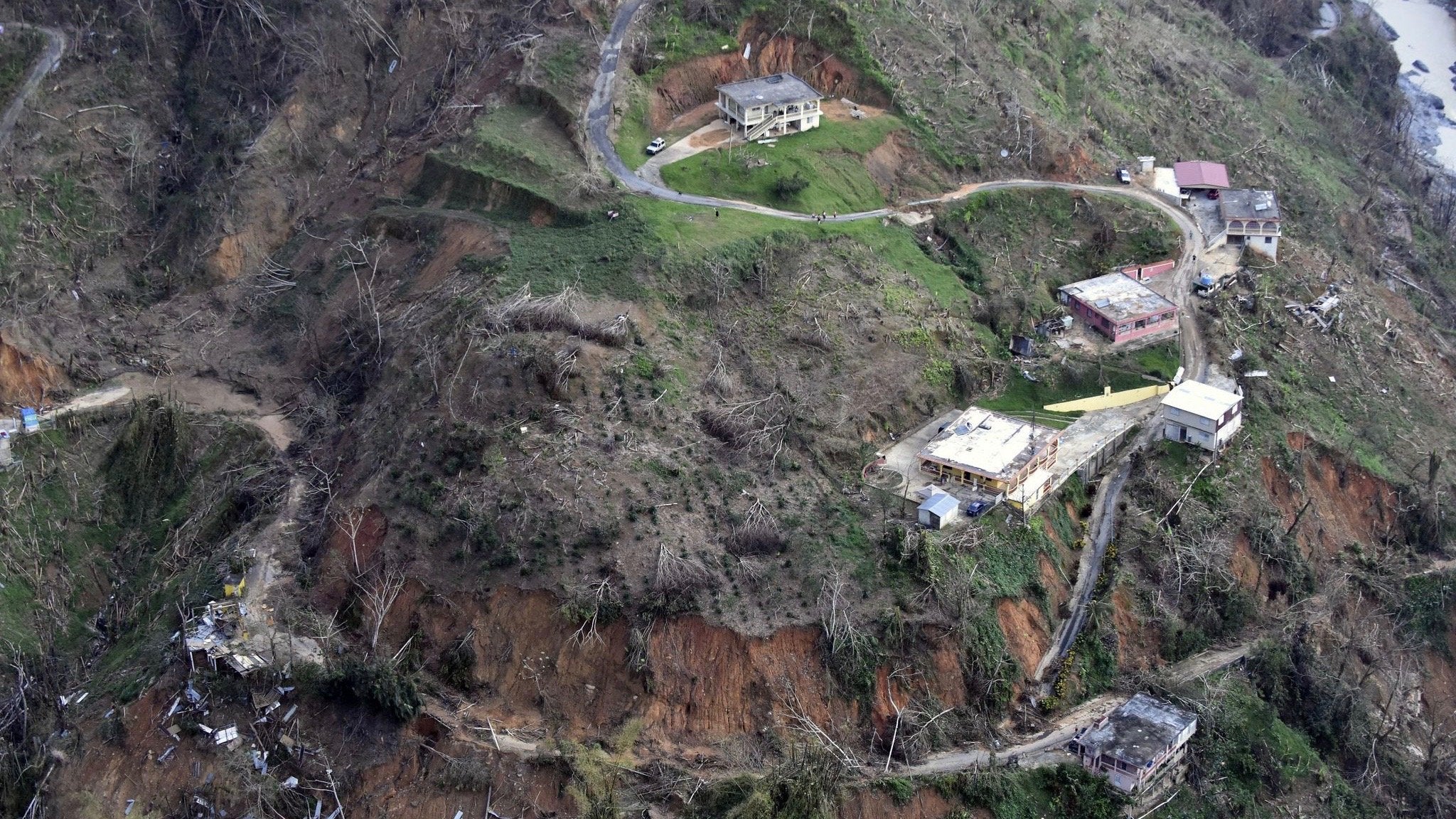 Help did arrive, although it didn’t come from the government initially. Instead, a hyperlocal response made up of disparate nonprofits and volunteers arrived and provided much needed aid, even during continuing aftershocks. Hernández said she was especially thankful for the response from one community organization, Tabernacle Followers of Jesus Christ.

Those volunteer initiatives sparked a feeling of trust in refugee camps, said Víctor Amauri, a social worker and one of the help coordinators with Solidarity Brigade of the West, which is made up of people from many organizations who provided direct response to help communities after Hurricane Maria.

“Strategizing after the hurricane and developing short- and long-term plans was our strong suit,” Amauri said. “Now, it isn’t straightforward to plan something for tomorrow, because everything changed. Misinformation and lack of transparency from the federal and local governments are preventing us from helping our people as they deserve.”

The group leaders of the Solidarity Brigade used to meet in Mayagüez to organize community building projects. They would teach about composting and orchard keeping, and promote grassroots efforts to enhance food security and local agriculture as tools of self-sustainability.

“But in this context, we cannot think ahead,” Amauri said. “We are still handling dozens of cases of families that are sleeping on the floor because, even though we are a country prone to hurricanes and, thanks to our location in between fault lines, earthquakes, the authorities never developed an emergency plan response.”

A report by the Center of Investigative Journalism of Puerto Rico, the Climate Change Series Project — the culmination of years of requesting public documents — found that despite Puerto Rico’s vulnerability, the territorial government had taken limited measures to tackle natural disasters. Even though investigative work in 2017 uncovered evidence that the death toll of Hurricanes Maria and Irma was much higher than the 64 victims claimed by the former governor Ricardo Rosselló — nearly 3,000 people are estimated to have died, a little less than twice as many as in Hurricane Katrina — and the territory’s ability to respond to emergencies has not improved much.

The government’s inefficient response has led to the formation of several citizen coalitions that know the needs of their communities. The Single Voice Movement is a conglomerate of local nonprofit and community-based organizations that already developed a two-year response plan for earthquake-affected communities. The projects developed by these entities have a vision that looks inward toward active communities capable of supporting themselves and their neighbors, said Cora Arce Rivera, executive director of Aspira de Puerto Rico. 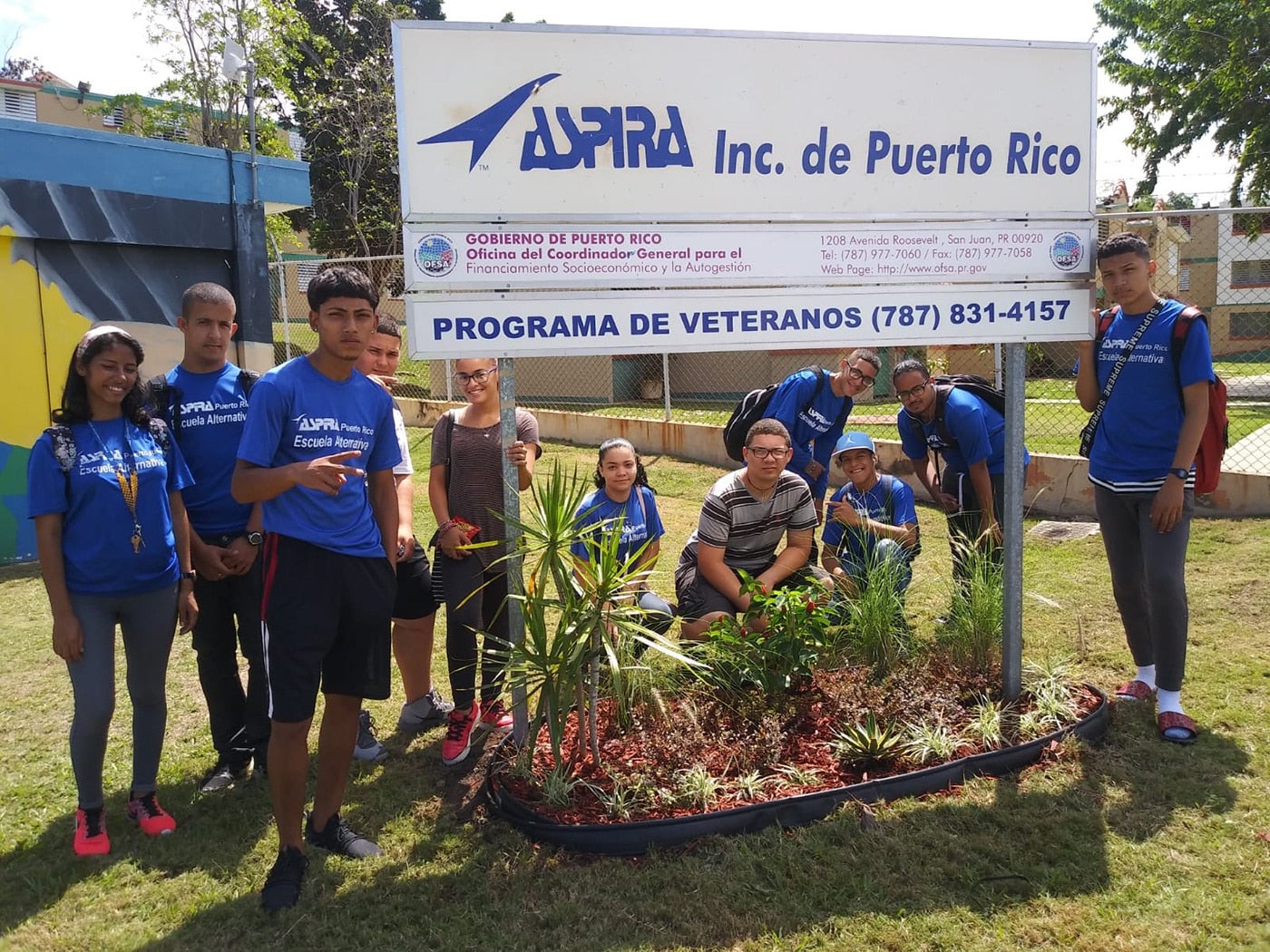 A group of students from Aspira’s Inc. Alternative School in the municipality of Mayaguez ready to go to the town of Cabo Rojo and receive farming instruction. Francisco Acevedo.

Aspira’s alternative school in the western town of Mayagüez allows teenagers, most of them school dropouts, to explore the significance of agriculture. The students are learning to cultivate tropical root and tuber crops that can germinate in unfavorable conditions. They are particularly resistant to damage by high wind hurricanes and typhoons, Aspira’s agronomist Francisco Acevedo said.

José Esteban López Maldonado, a student at the elite Residential Center of Educational Opportunities in Mayagüez, runs a similar project in the small mountainside municipality of Adjuntas. In 2016, he managed to acquire one of the hundreds of schools closed by the local Department of Education and transformed it into a coworking space where people can learn about hydroponic cultivation, coffee planting, and greenhouses. USDA Rural Development, which offers loans and grants to economic development projects, has offered López help to improve the infrastructure of the school, but local authorities have not been able to provide him a proof of ownership so he can take advantage of the program, he said. 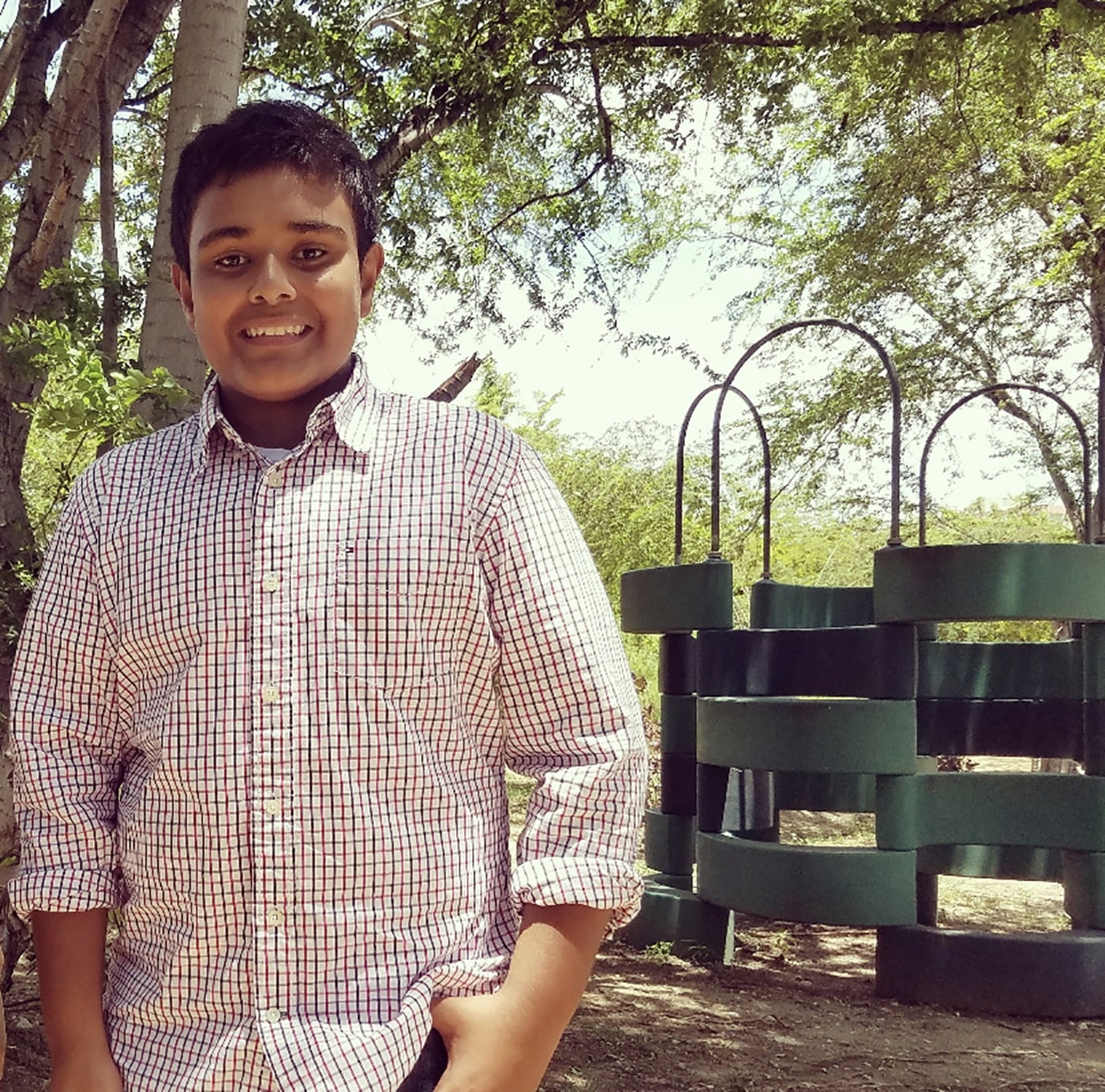 The island also faces a bankruptcy crisis and austerity measures imposed by the federal Financial Oversight and Management Board. José Caraballo-Cueto, an economist and assistant professor at the University of Puerto Rico, said the bureaucracy around government processes exemplifies how the island is the perfect prey for disaster capitalism. “Restoration doesn’t have the impact it deserves on the local economy because the biggest beneficiaries are not locals,” Caraballo said. “A private law firm is even handling the cases of lack of proof of ownership post-Hurricane María.”

In Puerto Rico, almost 92 percent of houses were damaged by the hurricane, according to a report from the American Bar Association. More than 95 percent of those tenants, about 1.1 million people, applied for the Federal Emergency Management Agency’s Individuals and Households Program in 2018, but a FEMA spokesman told NBC News that 335,748 claims were denied because they couldn’t provide a deed proving ownership of their homes.

Situations such as this one eroded Puerto Ricans’ belief in local and federal institutions, which have promoted new governance models, said Arturo Massol Deyá, the executive director of 40-year-old environmental nonprofit Casa Pueblo.

In 150 locations across the island territory, Casa Pueblo ensured that, after Maria, those with the most urgent need for electricity received solar panels, including hospitals, small bodegas, and the homes of aging residents who required dialysis. In the recent earthquakes, the solar power systems proved to be more resilient than the Puerto Rican Electric Power Authority’s electricity grid, which failed again.

In the wake of Hurricane Maria, Massol Deyá acknowledges that people wanted to be helped by their fellow townspeople. “They discovered soon that the true meaning of ‘just recovery’ is that the resources end up providing services that change the reality of constant vulnerability,” he said.

“Energy is the ability to do work,” Massol Deyá said. “We are putting the opportunity in the hands of the people; we want them to acquire the power to govern themselves and enjoy their production. It is the maximum self-decolonization scenario because the top-down model has collapsed. … it is not effective.”

An upcoming Casa Pueblo project, in collaboration with professors at the University of Michigan, will be to use biomass from coffee production to generate energy. The energy produced will be used to power the coffee plantation to improve the harvest. The technique, Massol said, helps to reduce carbon dioxide emissions. Meanwhile, it will generate employment and provide a more sustainable life for the residents of Adjuntas. 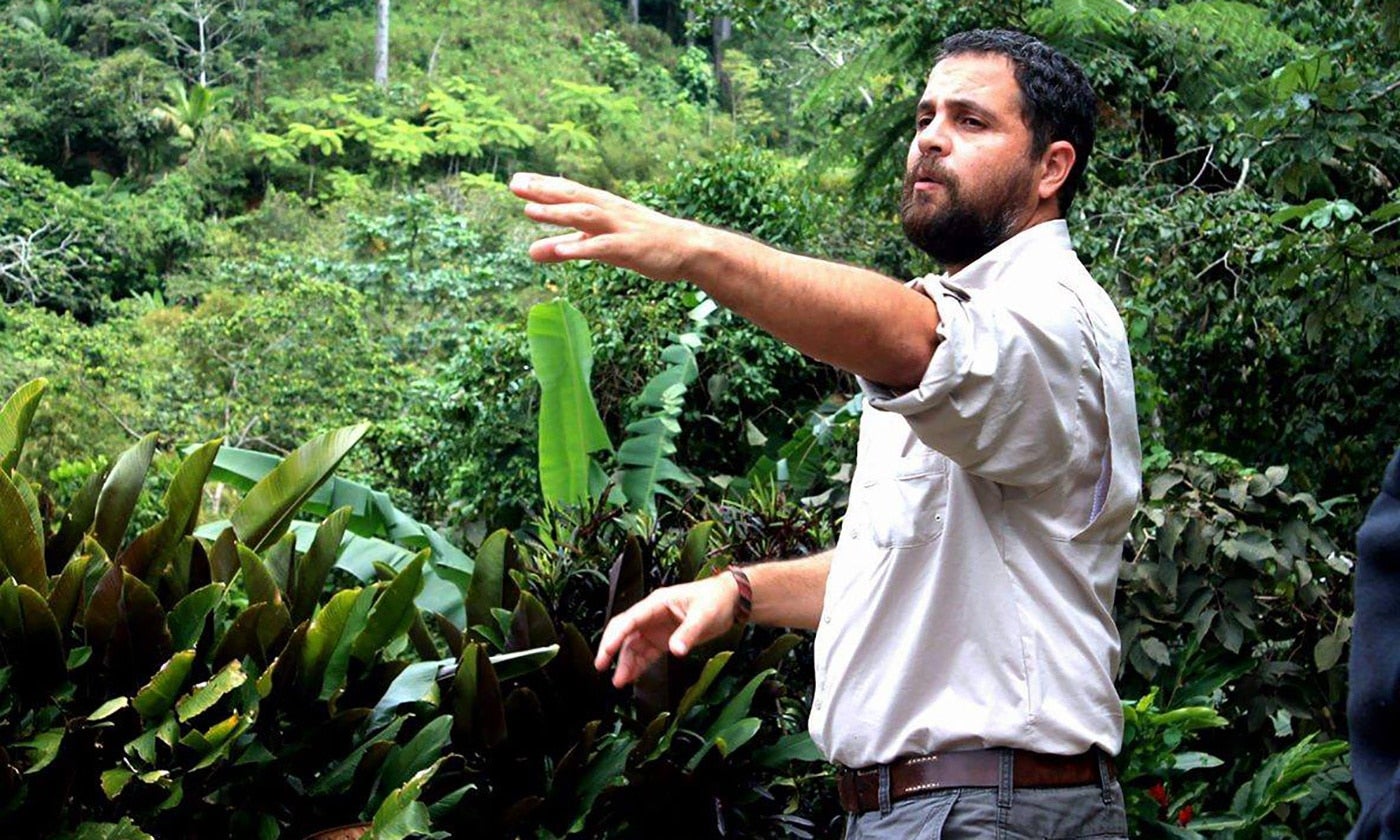 All these grassroots actions are becoming the backbone of survival in Puerto Rico. For the time being, however, the lives of those residing in earthquake zones are stagnant, said Edward Santiago-Pacheco, a U.S. Army veteran and father of a newborn girl.

He lost his newly purchased house in Yauco in the 6.4 magnitude earthquake and has not heard back from the insurance company, the bank, or any local government agency.

“It is hard to overcome this when you just brought a new life into this world,” Santiago-Pacheco said. “FEMA only provided money for two months of rent for temporary housing, but I still must pay my house mortgage. The worst part is that the local government is using our pain in favor of their political propaganda.”

On Feb. 10, the Solidarity Brigade learned about Hernández’s and Santiago-Pacheco’s cases and reached out to them, Amauri said. However, thousands need similar help.

“Two of our members are sociologists (Roberto Vélez and Jacqueline Villegas), and they developed a census to identify all necessities and help people the best possible way. But we need the government to publish relevant information that can help us organize our strategy,” he added. 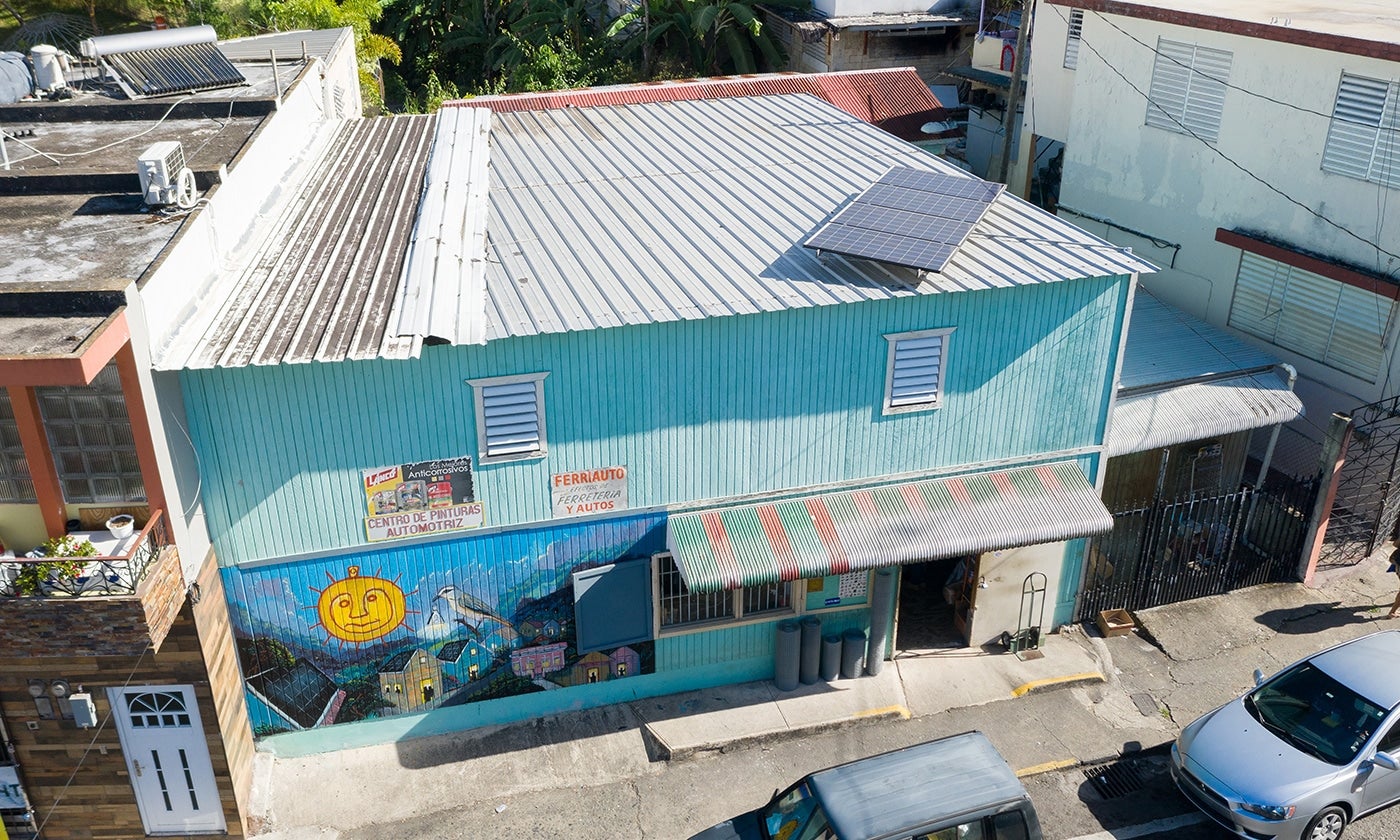 Coral Natalie Negrón Almodóvar is a Puerto Rican data journalist, a current grantee of the Center for Cooperative Media at Montclair State University, and Patti Birch for Data Journalism Fellow at the Committee to Protect Journalists.