Giant Otter Believed to Be Extinct Resurfaces (Literally) in Argentina 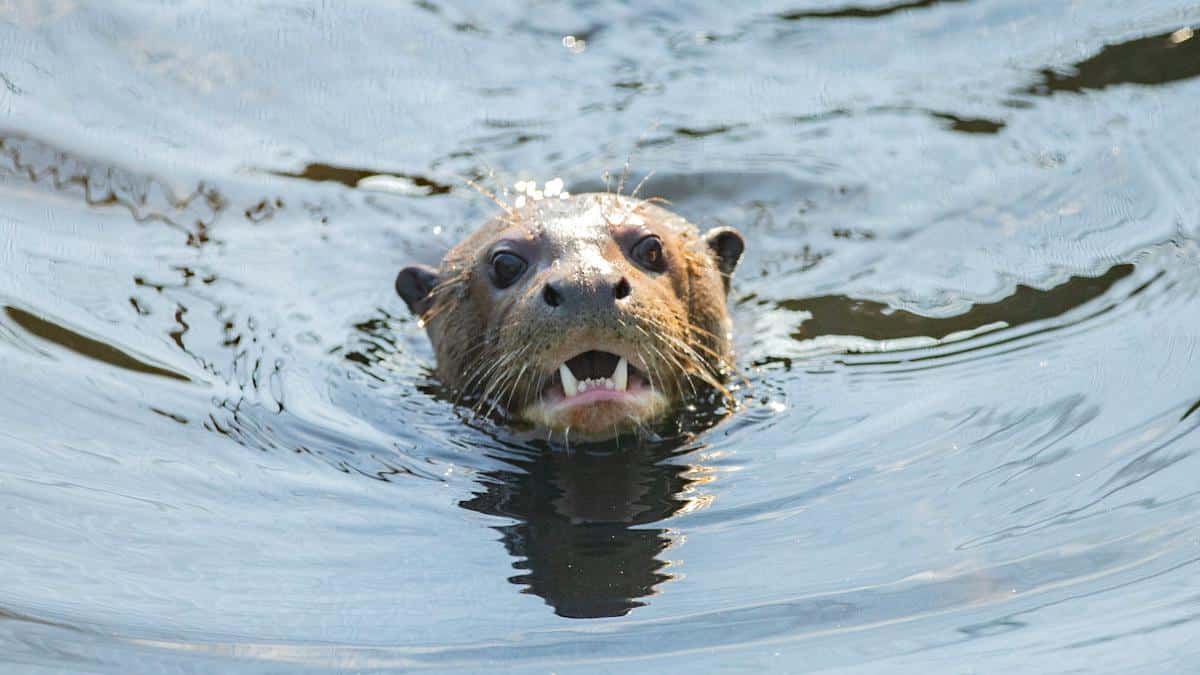 One of the captive otters that will be released into Iberá National Park. Image courtesy of Rewilding Argentina

Ten days ago, Sebastian di Martino was kayaking along the Bermejo River in Argentina’s Impenetrable National Park when he heard a splash. He looked around and saw a brown-furred animal swimming through the water, occasionally dipping below the surface and then reappearing. It was a giant river otter (Pteronura brasiliensis), a species believed to be extinct in Argentina.

“I was surprised and excited,” Di Martino, director of conservation at Fundación Rewilding Argentina, told Mongabay in an interview. “At the beginning, I couldn’t believe what I was seeing.”

Di Martino took out his phone and started filming. “Otherwise it’s kind of complicated that someone believes that you saw a giant otter,” he said.

From the time of European colonization, giant otters began to slowly disappear from Argentina, mainly due to hunting pressure. The last giant otters in the country were spotted in a river in the Misiones Province in the 1980s — but there have been no known sightings since.

At the moment, it’s not clear where this particular otter came from. The nearest known giant otter populations are in the Paraguayan Pantanal, thousands of miles away. Di Martino says it’s possible that the otter broke away from its family group and swam here. But it’s also possible that otters have remained in Argentina unbeknown to conservationists. 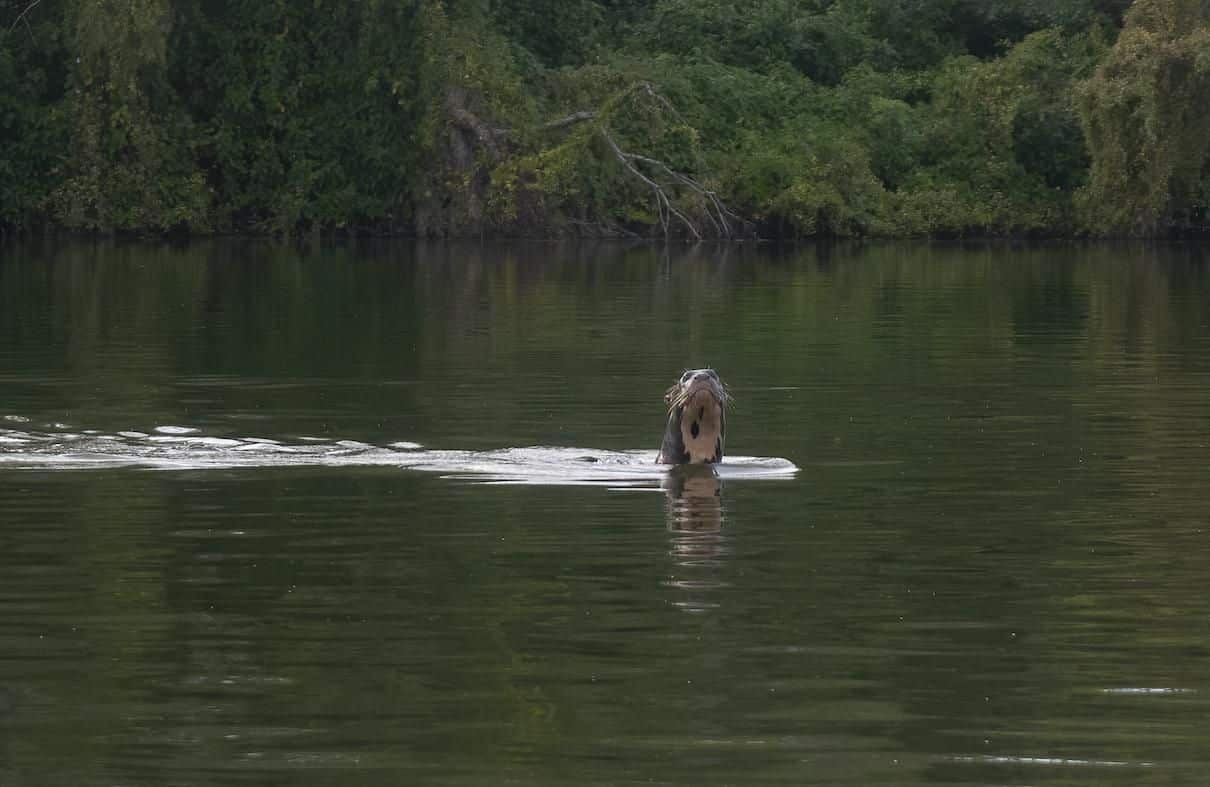 Impenetrable National Park was established in 2014 with the help of Rewilding Argentina and Tompkins Conservation as part of a grand effort to reinstate the region’s biodiversity. Working with governments and local communities, the two organizations have helped establish multiple national parks across Chile and Argentina, protecting nearly 6 million hectares (15 million acres) in the southern tip of South America.

Last year, a lone jaguar (Panthera onca) was also sighted in Impenetrable National Park, and with the help of the Rewilding Argentina team, it was introduced to another jaguar and has since sired cubs.

The reintroduction of giant otters into Argentina’s Impenetrable National Park would be a boon for the local ecosystem, according to Di Martino: “As top predators, the giant river otter exerts a regulatory influence on plants and other animals which contributes to the health of aquatic ecosystems.” 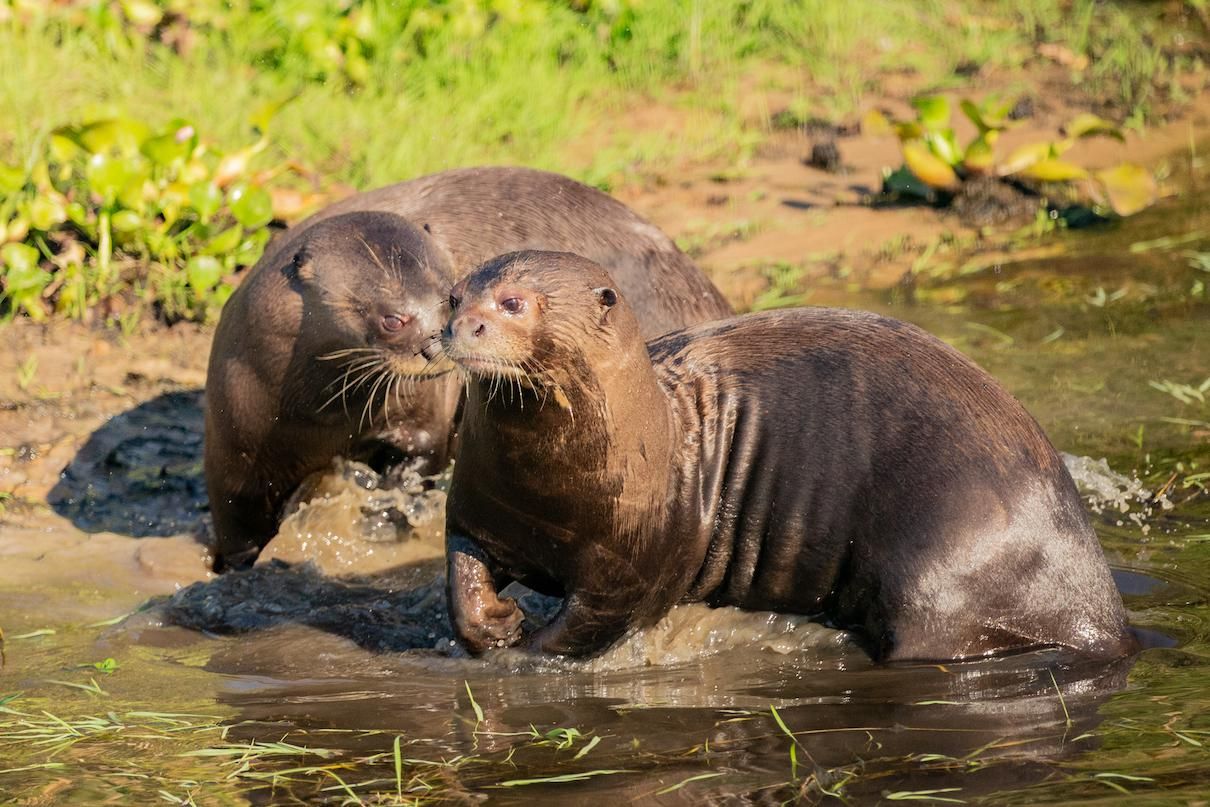 Alondra and Coco, the two otters slated for release in the near future. Image courtesy of Rewilding Argentina

The giant otter sighting happened, quite coincidentally, a few days before another significant event for otters in Argentina. A pair of captive otters, Coco and Alondra, which the Rewilding Argentina team plans to release into Argentina’s Iberá National Park, gave birth to three healthy pups. The pair had two previous litters that did not survive. Now the team plans to release all of them together once the pups have grown and they are ready.

“These three cubs represent a future where human communities and the natural world can thrive together,” Kristine Tompkins, president of Tompkins Conservation, said in a statement. “As we enter the UN Decade on Ecological Restoration, I strongly believe that our most urgent task is helping nature heal. Rewilding puts us on that path.”