Geoengineering is Not the Answer to Climate Change 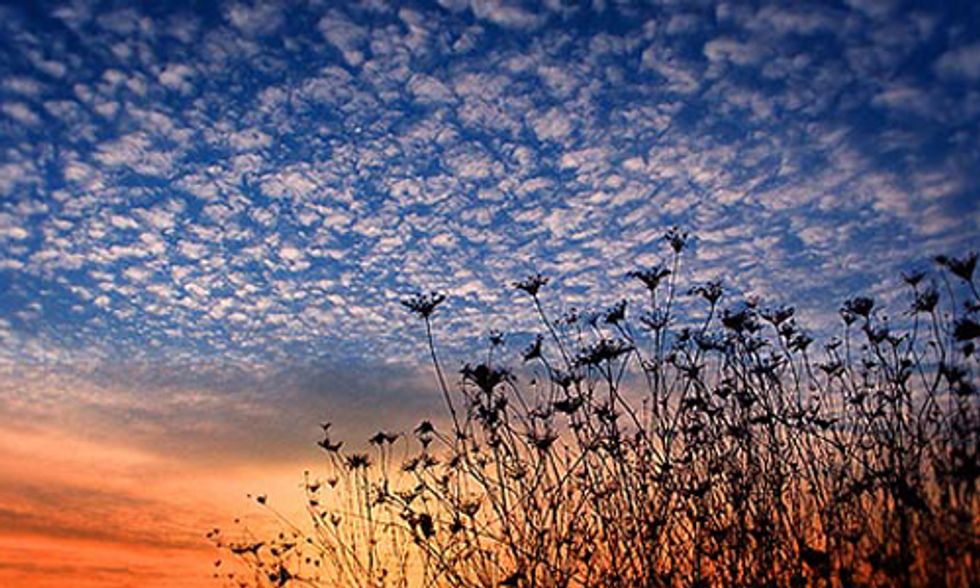 Because nature doesn't always behave the same in a lab, test tube or computer program as it does in the real world, scientists and engineers have come up with ideas that didn't turn out as expected.

DDT was considered a panacea for a range of insect pest issues, from controlling disease to helping farmers. But we didn't understand bioaccumulation back then—toxins concentrating up the food chain, risking the health and survival of animals from birds to humans. Chlorofluorocarbons, or CFCs, seemed so terrific we put them in everything from aerosol cans to refrigerators. Then we learned they damage the ozone layer, which protects us from harmful solar radiation.

Scientists at the Helmholtz Centre for Ocean Research in Kiel, Germany, studied five geoengineering schemes and concluded they're “either relatively ineffective with limited warming reductions, or they have potentially severe side effects and cannot be stopped without causing rapid climate change." Photo credit: James Jordan/Creative Commons

These unintended consequences come partly from our tendency to view things in isolation, without understanding how all nature is interconnected. We're now facing the most serious unintended consequence ever: climate change from burning fossil fuels. Some proposed solutions may also result in unforeseen outcomes.

Oil, gas and coal are miraculous substances—energy absorbed from the sun by plants and animals hundreds of millions of years ago, retained after they died and concentrated as the decaying life became buried deeper into the Earth. Burning them to harness and release this energy opened up possibilities unimaginable to our ancestors. We could create machines and technologies to reduce our toil, heat and light our homes, build modern cities for growing populations and provide accessible transport for greater mobility and freedom. And because the stuff seemed so plentiful and easy to obtain, we could build vehicles and roads for everyone—big cars that used lots of gas—so that enormous profits would fuel prosperous, consumer-driven societies.

We knew fairly early that pollution affected human health, but that didn't seem insurmountable. We just needed to improve fuel efficiency and create better pollution-control standards. That reduced rather than eliminated the problem and only partly addressed an issue that appears to have caught us off-guard: the limited availability of these fuels. But the trade-offs seemed worthwhile.

Then, for the past few decades, a catastrophic consequence of our profligate use of fossil fuels has loomed. Burning them has released excessive amounts of carbon dioxide into the atmosphere, creating a thick, heat-trapping blanket. Along with our destruction of natural carbon-storing environments, such as forests and wetlands, this has steadily increased global average temperatures, causing climate change.

We're now faced with ever-increasing extreme weather-related events and phenomena such as ocean acidification, which affects myriad marine life, from shellfish to corals to plankton. The latter produce oxygen and are at the very foundation of the food chain.

Had we addressed the problem from the outset, we could have solutions in place. We could have found ways to burn less fossil fuel without massively disrupting our economies and ways of life. But we've become addicted to the lavish benefits that fossil fuels have offered, and the wealth and power they've provided to industrialists and governments. And so there's been a concerted effort to stall or avoid corrective action, with industry paying front groups, “experts" and governments to deny or downplay the problem.

Now that climate change has become undeniable, with consequences getting worse daily, many experts are eyeing solutions. Some are touting massive technological fixes, such as dumping large amounts of iron filings into the seas to facilitate carbon absorption, pumping nutrient-rich cold waters from the ocean depths to the surface, building giant reflectors to bounce sunlight back into space and irrigating vast deserts.

But we're still running up against those pesky unintended consequences. Scientists at the Helmholtz Centre for Ocean Research in Kiel, Germany, studied five geoengineering schemes and concluded they're “either relatively ineffective with limited warming reductions, or they have potentially severe side effects and cannot be stopped without causing rapid climate change." That's partly because we don't fully understand climate and weather systems and their interactions.

That doesn't mean we should rule out geoengineering. Climate change is so serious that we'll need to marshal everything we have to confront it, and some methods appear to be more benign than others. But geoengineering isn't the solution. And it's no excuse to go on wastefully burning fossil fuels. We must conserve energy and find ways to quickly shift to cleaner sources.