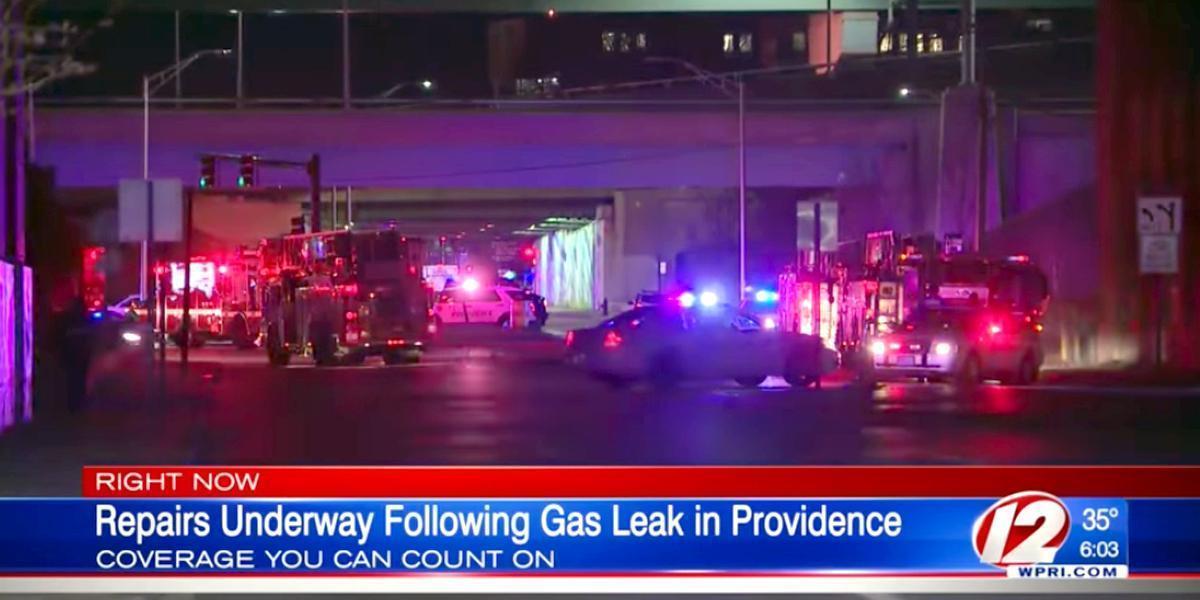 The leak, which shut down Interstate 195 and city streets for several hours, was caused by a ruptured high-pressure gas line near a National Grid take station plant at Franklin Square around 8:15 p.m.

Local witnesses reported “a loud sound of rushing air” and “a faint smell of natural gas” coming from the Allens Ave. plant.

According to The Providence Journal, a dramatic scene unfolded in the area:

“The break in the underground pipe caused havoc for a large portion of Wednesday night. Frustrated motorists were forced to take detours off a jammed Route 195 and National Grid workers scrambled to shut down the gas, which was escaping with such force that witnesses said it sounded like a jet engine. The roar continued for several hours.”

Emergency vehicles swarmed the scene and nearby businesses had to evacuate.

Providence Public Commissioner Steven Pare described the leak as “highly explosive” and said “we have to keep any ignition source away from this leak” at around 9:35 p.m.

Officials said during a news conference that mechanical equipment failure lead to the leak.

Williamson explained that restoring gas takes longer than restoring electricity because “technicians have to go to from home to home, business to business and relight appliances that go into the homes or businesses.”

National Grid is trying to determine what exactly caused the leak, Williamson added.