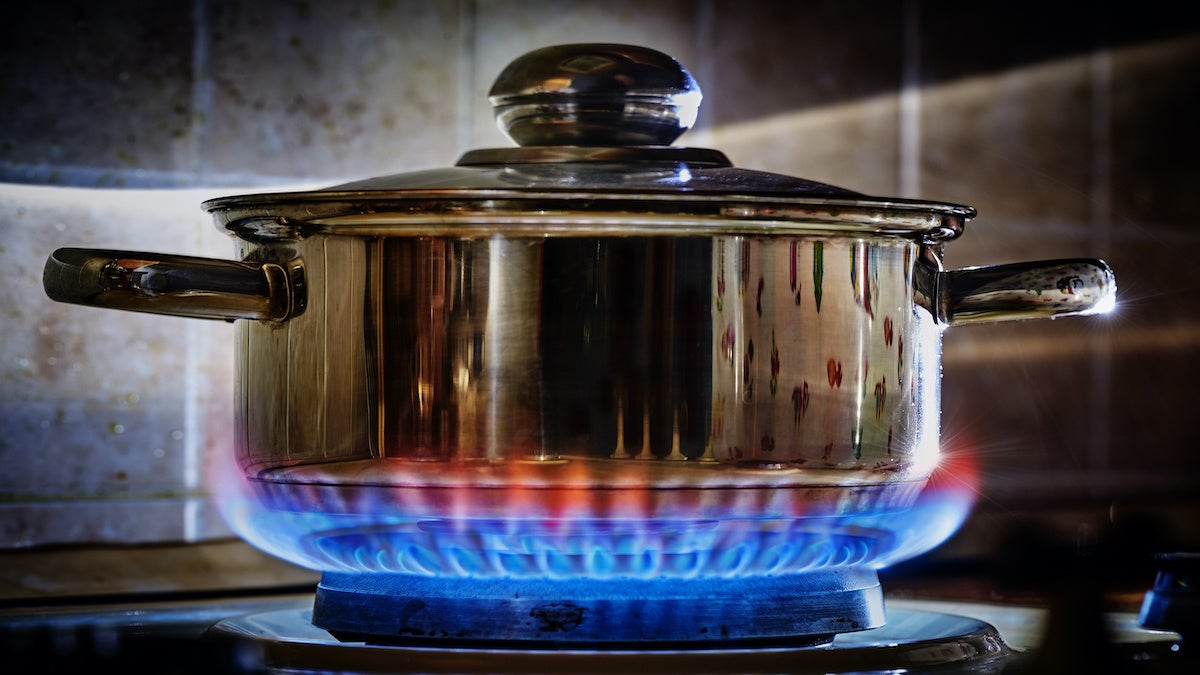 Changing your stove from gas to clean electric power is not only better for the environment, but much better for your health. nikamata / iStock / Getty Images Plus

Changing your stove from gas to clean electric power is not only better for the environment, but much better for your health, according to a new study that found gas stoves add pollution that makes indoor air up to two to five times dirtier than outdoor air.

The finding is particularly troubling with so many restaurants closed and people staying home to cook their meals and baking their own bread.

As Grist reported, the study by researchers at the UCLA Fielding School of Public Health found that after just one hour of using a gas-fired stove or oven, levels of nitrogen dioxide inside homes reached levels that exceeded national air-quality standards. Nitrogen dioxide is one of the gases that adds to smog and is considered harmful to human health. The study found that the indoor air quality caused by gas-powered furnaces, stoves, and water heaters could increase the likelihood of respiratory and cardiovascular disease and premature death.

“The goal of this report is to provide information to Californians on how pollution from gas-fired appliances affects the air they breathe, and the related health effects,” Yifang Zhu, the study’s lead researcher, said in a statement. “California’s state agencies often focus on greenhouse gas emissions and climate change impacts, but there has been much less focus on how fossil fuel use in household appliances can adversely impact indoor air quality and public health.”

A similar review published by the Rocky Mountain Institute in collaboration with the advocacy groups Physicians for Social Responsibility, Mothers Out Front and the Sierra Club targeted gas stoves. It found that pollutants released by gas ranges can have negative health effects, often exacerbating respiratory conditions like asthma, according to a Rocky Mountain Institute press release.

The report’s lead author, Brady Seals, said the problem has received little attention even though it’s been known for a long time. “Somehow we’ve gotten accustomed to having a combustion device, often unvented, inside of the home,” Seals said, as The Guardian reported.

Slight increases in short-term exposure to nitrogen dioxide can be harmful, increasing asthma risk for children. One study found that children in homes with gas stoves have a 42 percent higher chance of having asthma symptoms. A study from Australia attributed 12 percent of all childhood asthma to the presence of gas stoves, according to The Guardian.

Exposure to nitrogen dioxide also makes chronic obstructive pulmonary disease worse and may be linked to heart problems, diabetes and cancer. Homes with gas stoves can have nitrogen dioxide concentrations that are 50–400 percent higher than homes with electric stoves, according to an article by Brady Seals.

The best solution for health and for the climate, according to Seals’ report, is to change to electric stoves. If that’s not feasible, individuals with gas stoves should also open windows, cook on their back burners, use an exhaust hood, run an air purifier with a HEPA filter and install a carbon monoxide detector.

As the Natural Resources Defense Council noted, the two studies are especially important now that we know a small increase in long-term exposure to PM2.5 air pollution is linked to higher death rates from COVID-19. The danger is disproportionately high in low-income communities which already deal with the health consequences of toxic air. These same neighborhoods tend to grapple with smaller, overcrowded spaces, poor ventilation, and they are often near highways or industrial pollution. Homes in those neighborhoods also tend to have poorly maintained appliances, increasing the hazards of burning gas indoors.