France to Ban All New Development of Shale Oil and Gas 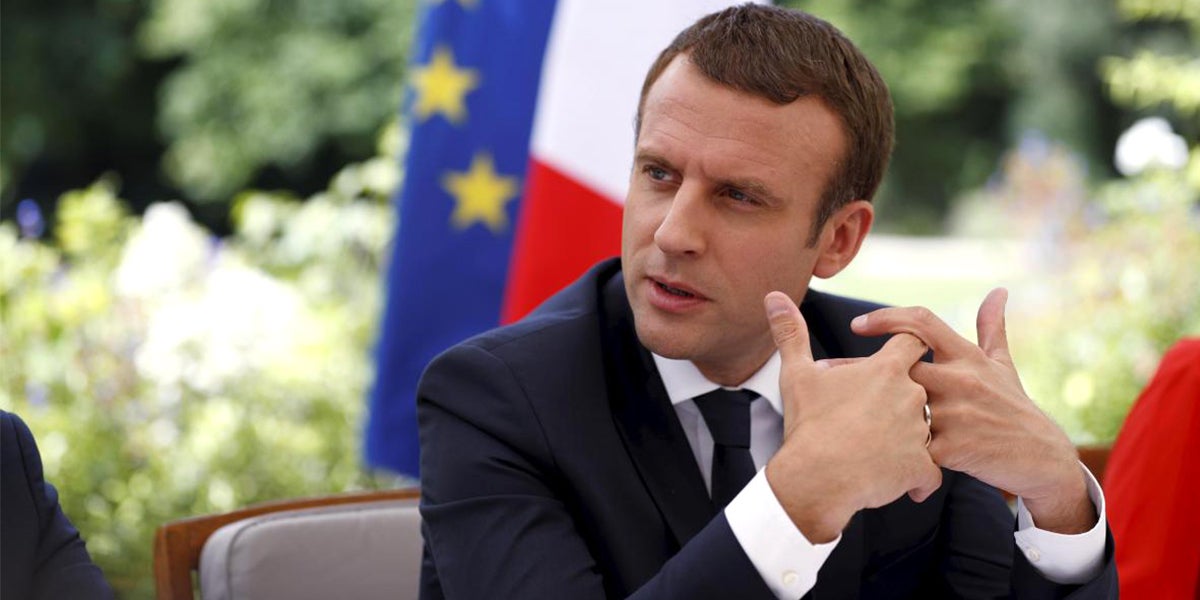 There is a growing feeling within European capitals that a quiet, but deeply positive, revolution is happening under Emmanuel Macron in France.

Macron’s opinion poll rating is high, especially boosted in how the young French president has reacted to Donald Trump on the international stage.

On Friday, there was further evidence of Macron’s anti-Trump stance, when former governor of California and star of the “Terminator” film, Arnold Schwarzenegger, posted a selfie video of himself with Macron, where they mocked Trump’s withdrawal of the U.S. from the Paris agreement.

The video shows Schwarzenegger saying the pair talked about “talking about environmental issues and a green future,” before Macron adds: “We will deliver together to make the planet great again.”

And in another sign that things are changing in Paris, France’s new celebrity “Ecological Transitions” minister, Nicolas Hulot, has said the country will issue a moratorium on new oil and gas exploration licenses. “There will be no new exploration licenses for hydrocarbons, we will pass the law this autumn,” Hulot told a French news channel.

A former TV host of nature documentaries, Hulot is a popular environmentalist, and his appointment was seen as a major “coup” by Macron’s new administration.

As the France24 website noted, this is about preventing future oil and gas development, not curtailing current operations:

“The measure would essentially kill development of shale oil and gas in mainland France and in the country’s overseas territories, but does nothing to curb ongoing exploration or extraction projects involving conventional oil and gas.”

Hulot said that the French government would be hit by costly legal action if it tried to stop current oil and gas operations, which cover about 4,000 square kilometers (approx. 1544 square miles) of the country.

This stance disappointed France’s environmental community, who thought Hulot could have gone further.

“There are at least 55 exploration licenses that were previously approved and will likely be extended, and 132 extraction permits awaiting approval,” said Juliette Renaud, a fossil fuel industry expert with Friends of the Earth.

“If we continue to exploit conventional hydrocarbons, it will be impossible to keep global temperatures from rising above 2°C,” Renaud added.

While France’s announcement has to be welcomed as a first step and an encouragement for other countries to follow suit, it is not by any means a large oil and gas producer.

In February, production was 15,000 bpd, so the majority of its oil and gas which it consumes was imported.

But it is yet another sign that the days of unfettered fossil fuel extraction are over.