Trump Auctions Off 150,000 Acres of Public Lands for Fracking Near Utah National Parks 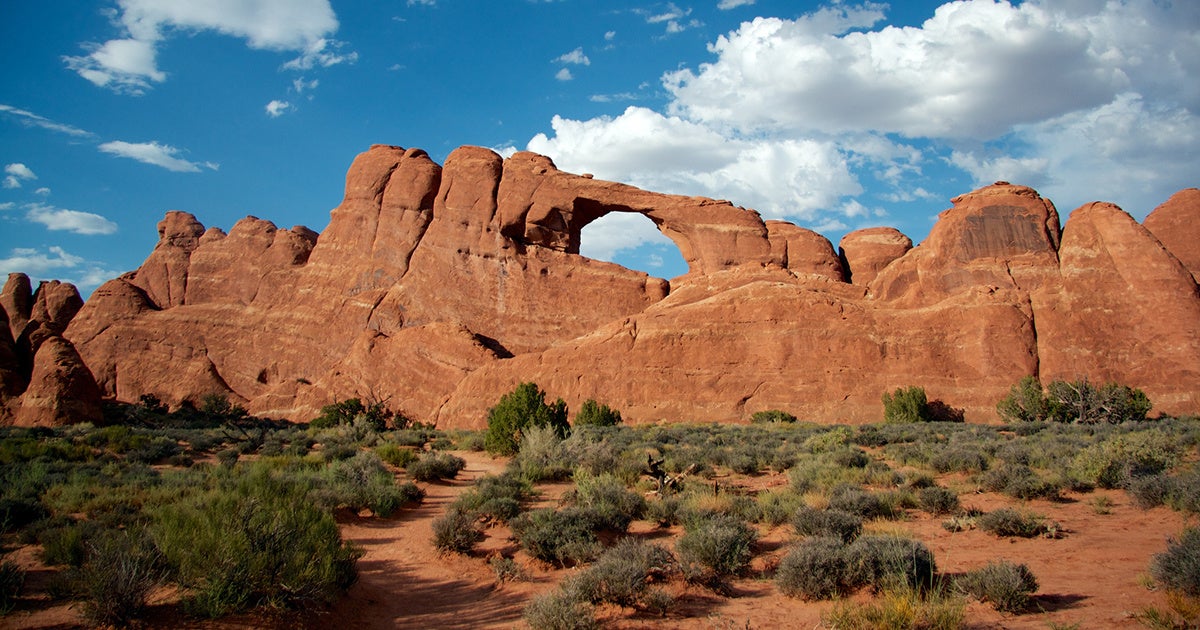 On Tuesday the Trump administration offered more than 150,000 acres of public lands for fossil-fuel extraction near some of Utah’s most iconic landscapes, including Arches and Canyonlands national parks.

Dozens of Utahns gathered at the state Capitol to protest the lease sale, which included lands within 10 miles of internationally known protected areas. In addition to Arches and Canyonlands, the Bureau of Land Management leased public lands for fracking near Bears Ears, Canyons of the Ancients and Hovenweep national monuments and Glen Canyon National Recreation Area.

“Utahns have demonstrated their commitment to transition away from dirty fossil fuels through clean energy resolutions passed in municipalities across our state. Yet, these commitments continue to be undermined by rampant oil and gas lease sales, which threaten our public health, public lands, and economy. While Utah’s recreational and tourism economies continue to flourish, these attempts to develop sacred cultural, environmental, and recreational spaces for dirty fuels remain a grave and growing threat.” said Ashley Soltysiak, director of the Utah Sierra Club. “Utah is our home and the reckless sale of our public lands with limited public engagement is simply unacceptable and short-sighted.”

Fracking in these areas threatens sensitive plants and animals, including the black-footed ferret, Colorado pikeminnow, razorback sucker and Graham’s beardtongue. It also will worsen air pollution problems in the Uinta Basin and use tremendous amounts of groundwater. Utah just experienced its driest year in recorded history.

“This is a reckless fire sale of spectacular public lands for dirty drilling and fracking,” said Ryan Beam, a public lands campaigner at the Center for Biological Diversity. “These red-rock wonderlands are some of the West’s most iconic landscapes, and we can’t afford to lose a single acre. Fracking here will waste precious water, foul the air and destroy beautiful wild places that should be held in trust for generations to come.”

This lease sale is part of a larger agenda by Trump and Interior Secretary Ryan Zinke to ramp up fossil fuel extraction on public lands, threatening wildlife, public health and the climate. This year the BLM has offered more than 420,000 acres of public land in Utah for oil and gas extraction. The agency plans to auction another 215,000 acres in March. The Trump administration also has issued new policies, which are being challenged in court, to shorten public-comment periods and avoid substantive environmental reviews. 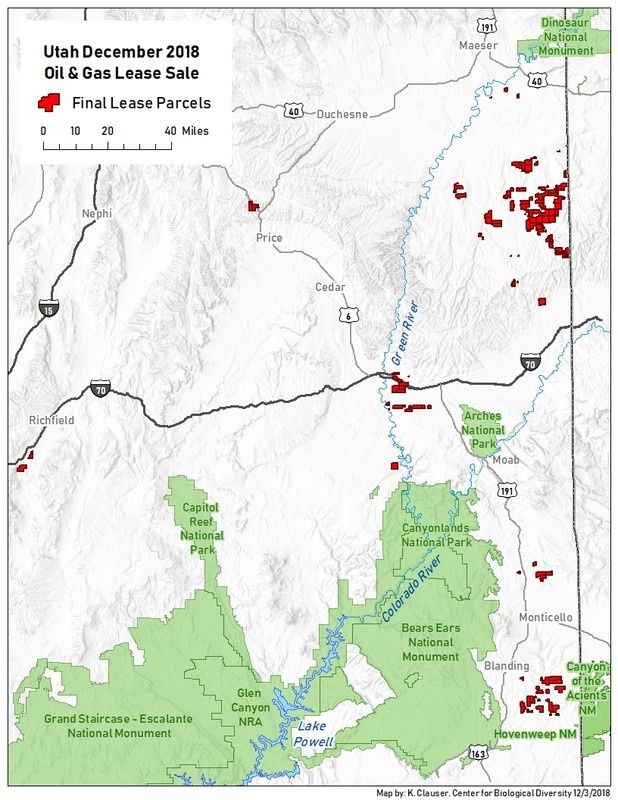