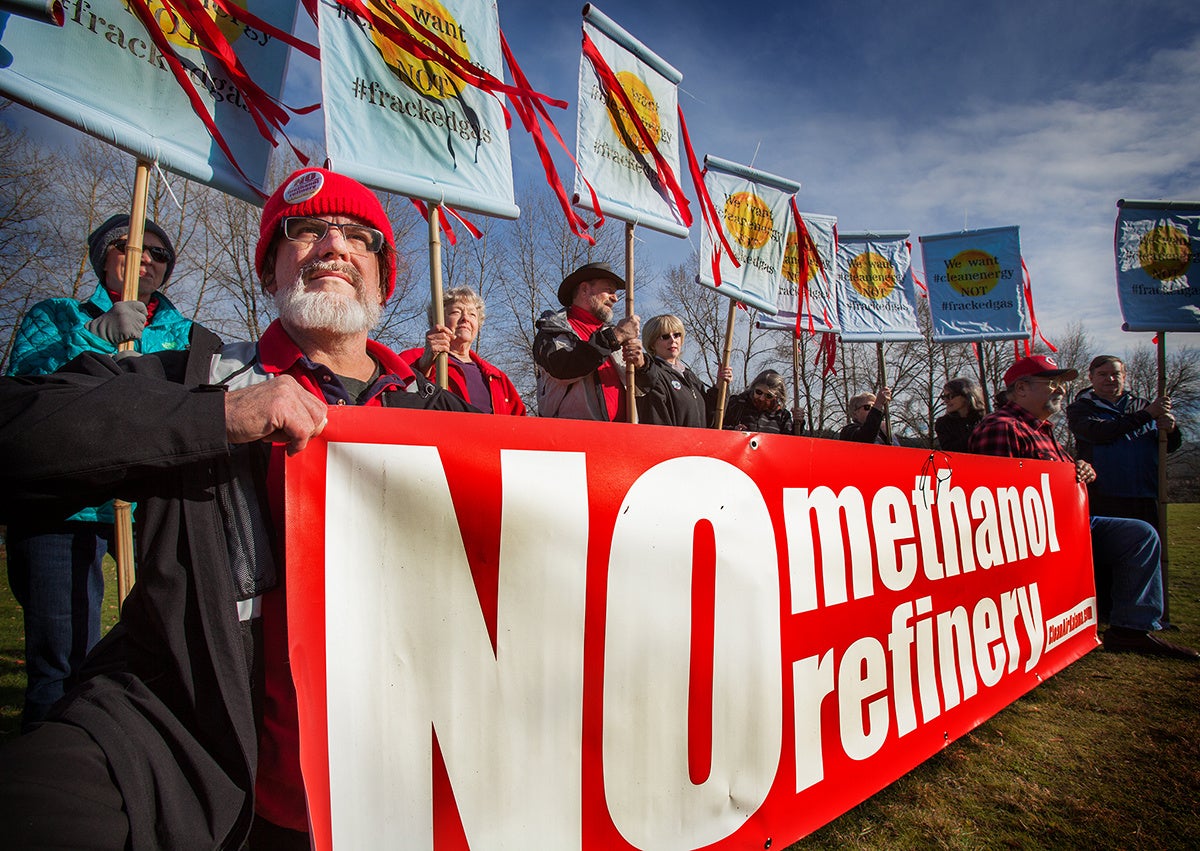 Tuesday, a report written by the company proposing the world’s largest fracked-gas-to-methanol refinery was released by the Port of Kalama and Cowlitz County, Washington. The proposed fossil fuel refinery is controversial because of the impacts on both local residents’ health and our climate. Despite the company’s claim that the refinery could result in a climate benefit, the refinery would consume a stunning amount of fracked natural gas—one-third as much gas as the entire state of Washington.

“There is no way to make the world’s largest methanol refinery look pretty. The project is dangerous, harmful to our health, and locks in decades of fossil fuel use,” said Brett VandenHeuvel, executive director of Columbia Riverkeeper. 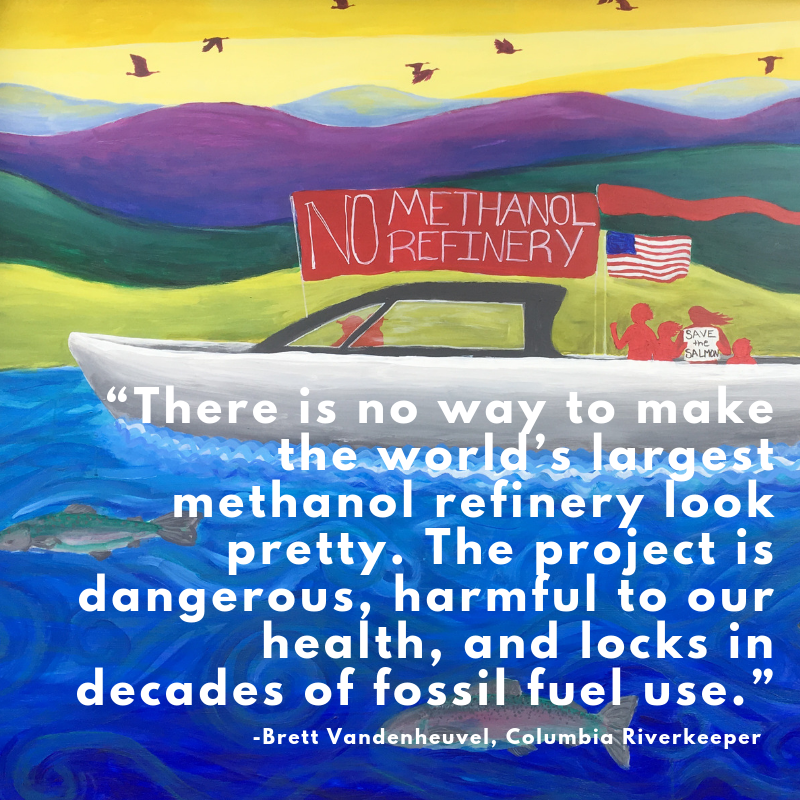 A 2016 study by the Stockholm Environment Institute concluded that Northwest Innovation Works’ proposal could increase overall global greenhouse gas emissions and is likely inconsistent with a low-carbon future. Last year, Northwest Innovation Works lost a lawsuit that required the company to evaluate the lifecycle greenhouse gas impacts of the methanol refinery. The report, released Tuesday as part the project’s environmental review by local governments and Washington State, underestimates the refinery’s greenhouse gas impacts: the report relies on cherry-picked studies, outdated information and highly speculative assumptions to frame the project as a win-win for climate and business.

“Governor Inslee understands the dangers of fracking and fossil fuels,” said Cecile Gernez, conservation organizer with the Sierra Club Washington State Chapter. “Now is the critical moment for our governor to call out this fracked gas refinery for what it is: a dirty fossil fuel project.”

“The report spills a lot of words trying to justify polluting our air, risking our health, and taking private property to make petrochemicals to send to China. We’re hopeful that Washington leaders choose a brighter future over this dirty plan,” said Marrene Jenkins, a retired nurse and Kalama resident.

“This massive refinery would be a disaster for the climate, public health, and wildlife that rely on clean air and water,” said Noah Greenwald, endangered species director for the Center for Biological Diversity. “The last thing we need is another fossil fuel project spewing pollution into our environment.”

In addition to climate and health impacts, the methanol refinery would require a new pipeline to carry fracked gas. Landowners on the pipeline route have already received notice that the company can use eminent domain to take their land.

The good news: You can protect our climate and the Columbia. A critical public comment period is open now on the supplemental environmental review of the Kalama fracked gas-to-methanol refinery.