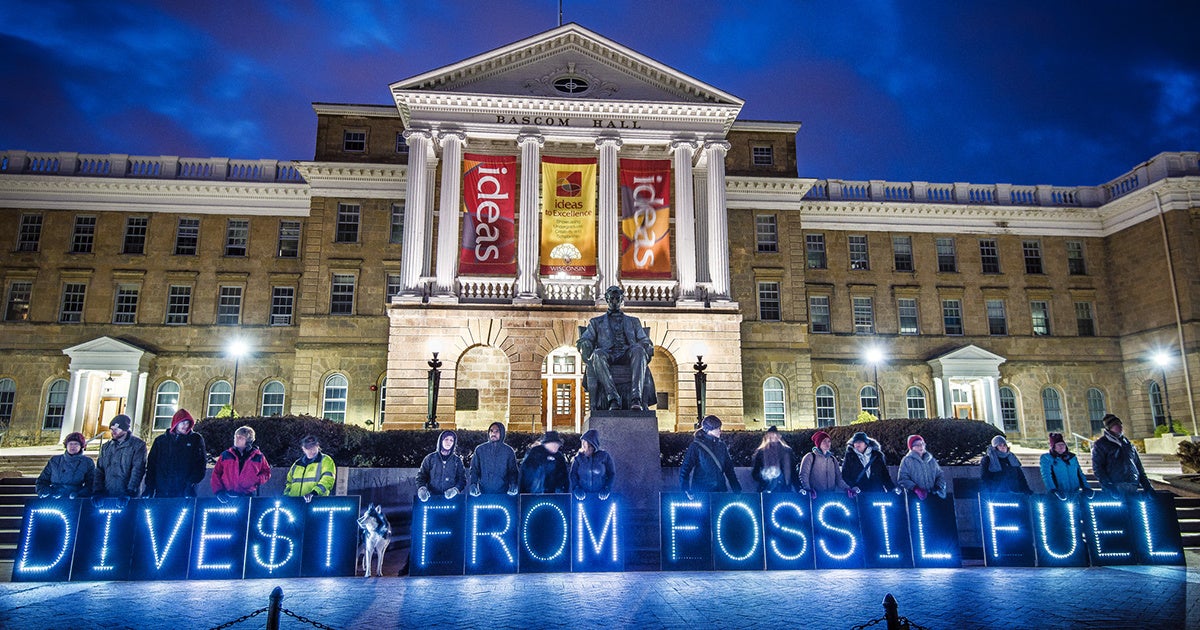 While the COP24 climate talks are at risk of ending without a concrete plan of action thanks in large part to the Trump administration’s commitment to a dirty energy agenda, environmental groups on Thursday celebrated a major milestone in the global movement to take down the fossil fuel industry after the number of public and private institutions that have vowed to divest from oil, gas and coal companies surpassed 1,000.

“When this movement started in 2012, we aimed to catalyze a truly global shift in public attitudes to the fossil fuel industry, and people’s willingness to challenge the institutions that financially support it,” May Boeve, executive director of 350.org, said in a statement. “While diplomats at the U.N. climate talks are having a hard time making progress, our movement has changed how society perceives the role of fossil fuel corporations and is actively keeping fossil fuels in the ground.”

According to 350, the institutions that have committed to divesting from fossil fuels hold nearly $8 trillion USD in combined assets. The 1,000th institution to vow to divest was Caisse des dépôts et consignations (CDC), which manages France’s public sector savings, pensions and investments.

Coinciding with the new milestone, 350.org published a new report (detailing the rapid growth of the fossil fuel divestment movement over the past several years as climate science has made clear the necessity of immediately and boldly slashing carbon emissions to avoid global devastation.

“Momentum for divestment has only accelerated: pledges span 37 countries with over 65 percent of commitments coming from outside the United States, and now include major capital cities, mainstream banks and insurance companies, massive pension funds, faith groups, cultural, health and educational institutions—the institutions serving billions of people,” the report continues.

“This is a major milestone for the movement for a just transition to a zero carbon, sustainable future for everyone,” added Ric Lander, divestment campaigner for Friends of the Earth. “Behind almost every one of these commitments is a group of committed people fighting for climate action and they should be proud of their achievements. They’ve persuaded, protested and brought the inarguable evidence of their case to decision makers and won them over.”

With the 1,000 institution landmark reached, 350 said the global movement’s next ambitious goal is 2,020 divestments totaling $12 trillion in combined assets by 2020.

“For those investors who persist in engaging with the fossil fuel industry, despite mounting evidence of its failure to achieve anything, we ask them to change tack as the science and justice demands in this moment,” 350’s report concluded. “If companies are not on track to keep their reserves in the ground or play their part in meeting the 1.5°C target, investors must walk away. The clock is ticking on multiple carbon bombs around the world as we approach 2020.”