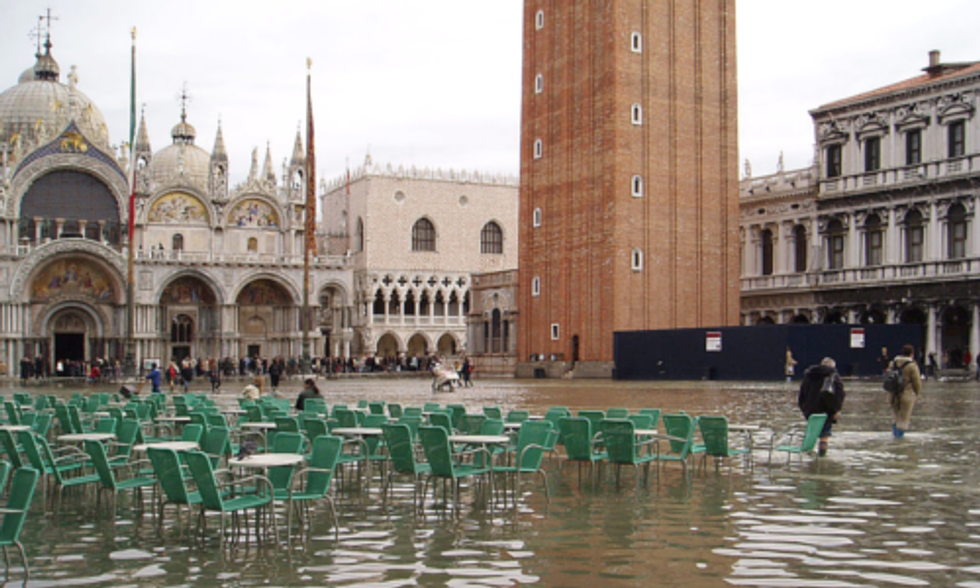 The catastrophic floods that soaked Europe last summer and the United Kingdom this winter are part of the pattern of things to come. According to a new study of flood risk in Nature Climate Change annual average losses from extreme floods in Europe could increase fivefold by 2050. And the frequency of destructive floods could almost double in that period.

About two-thirds of the losses to come could be explained by socio-economic growth, according to a team led by Brenden Jongman of the University of Amsterdam in the Netherlands and Stefan Hochrainer-Stigler of theInternational Institute for Applied Systems Analysis in Austria.

That is because more development and investment means there is more at risk from any flooding. But the other third of the increase will be delivered by climate change and a shift in rainfall patterns in Europe.

Unprecedented floods like those of 2013 occur on average once every 16 years now. By 2050, the probability will have increased to once every 10 years.

The team looked at monthly peak river discharges in more than 1,000 river sub-basins to begin making their estimates: they also matched these peak flows with atmospheric circulation patterns. The point of the study was to deliver more accurate information.

“We brought together expertise from the fields of hydrology, economics, mathematics and climate change adaptation, allowing us for the first time to comprehensively assess continental flood risk and compare the different adaptation options,” said Jongman.

And Dr. Hochrainer-Stigler said the new study for the first time accounted for the correlation between floods in different countries. Risk-assessment models tended to consider river basins as independent entities. “But in actuality, river flows across Europe are closely correlated, rising and falling in response to large-scale atmospheric patterns that bring rains and dry spells to large regions.”

All of this points to greater strains on the pan-European Solidarity Fund that finances recovery from disaster within the European Union. “If the rivers are flooding in Central Europe, they are also likely to be flooding in eastern European regions,” Dr. Hochrainer-Stigler said.