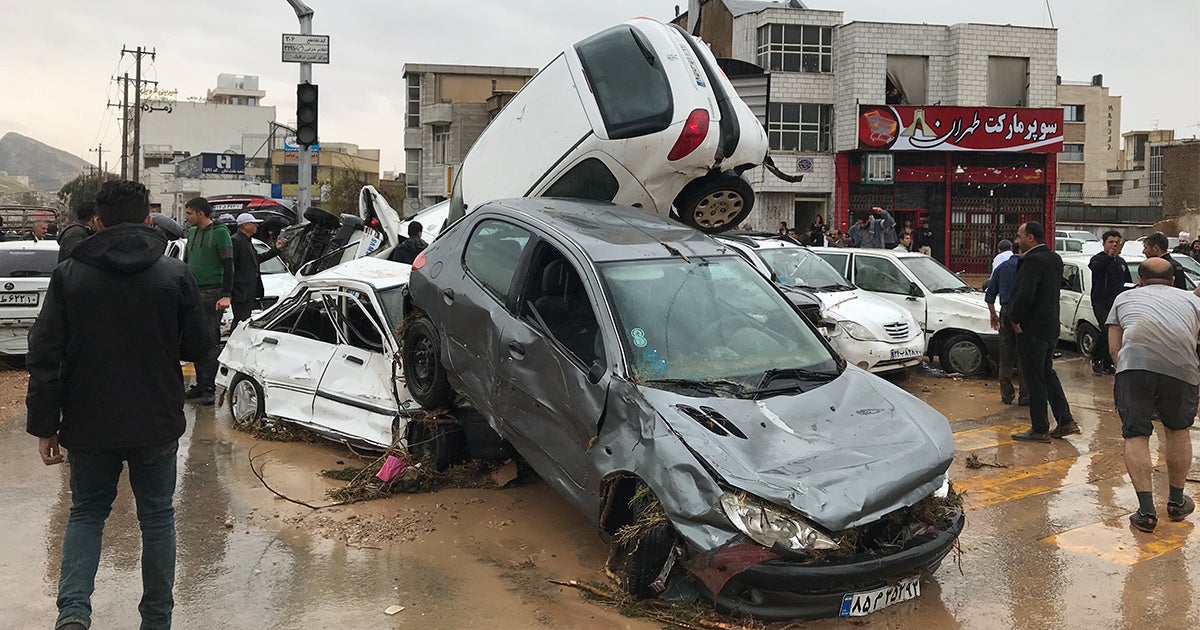 Cars piled up in the Iranian city of Shiraz after flash flooding swept through the city. AMIN BERENJKAR / AFP / Getty Images

At least 19 people have died and more than 100 have been injured in flash flooding in the south of Iran, the country’s semi-official Tasnim News Agency said. The city of Shiraz in Fars province was the worst hit by the flooding, which occurred after a month’s worth of rain fell in a few hours, CNN meteorologist Taylor Ward said.

Fars Governor Enayatollah Rahimi said the water flooded a major highway between Shiraz and Esfahan, which trapped drivers as they were trying to leave the city. The extreme weather event came too quickly for city officials to warn residents.

“There were only two sets of 15-minute heavy rainfalls that caused the flood to spread through the city,” a Shiraz resident told Al Jazeera. “The number of casualties would have been less, had people avoided staying there or leaving as soon as they saw the flood coming.”

The storm that caused the flooding in Shiraz was expected to put much of the country at risk for more flooding Monday night and Tuesday morning, especially in the Southwest and Center, CNN reported.

“With the arrival of new precipitation into the country, more than 13 provinces of the country are involved in severe rainfall, snow and blizzard in a way that 22 communications routes of the country have been completely blocked,” Iran’s semi-official Mehr News Agency reported, according to CNN.

There are flood warnings in 26 out of 31 provinces, and authorities warned that the capital of Tehran could be impacted, Reuters reported.

Bad weather canceled flights to and from Tehran’s Mehrabad International Airport, and the Interior Ministry advised Iranians on Monday to cancel trips, Al Jazeera reported. The rain comes during Nowruz, the Iranian New Year, when many Iranians travel.

The current storm also comes after flooding in the country’s northern provinces of Golestan and Mazandaran has impacted more than 56,000 people in 270 villages and towns since March 19, Reuters reported.

“Climate change is forcing itself on our country. These floods in Iran are the result of climate change worldwide,” he was quoted by the country’s Tasnim News Agency as saying, according to Reuters.

A study published in Scientific Reports in February said that around six major floods had taken place in Iran between 2015 and 2018 in “unexpected regions.” The researchers found that from 2025 to 2049, climate change will result in more extremely dry and extremely wet days, making flooding more likely.

“Overall, the combination of these results projects a climate of extended dry periods interrupted by intermittent heavy rainfalls, which is a recipe for increasing the chances of floods,” the researchers wrote. “Without thoughtful adaptability measures, some parts of the country may face limited habitability in the future.”