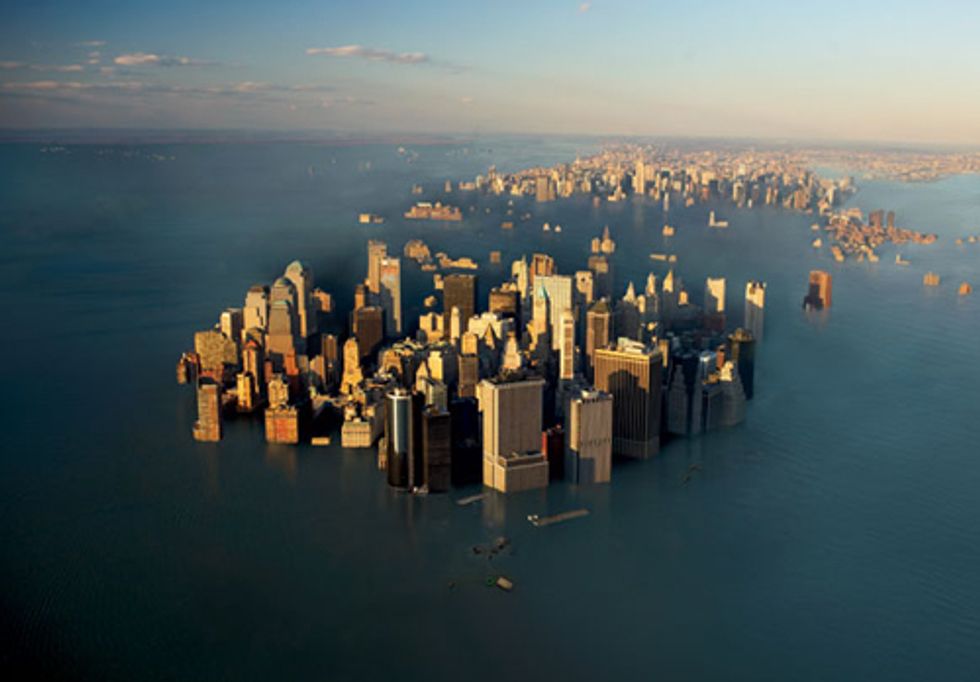 By James Bradbury and Kelly Levin

The world must brace for more extreme weather. That is the clear message from a new report that finds climate change is likely to bring more record-breaking temperatures, heat waves and heavy downpours. The much anticipated Special Report on Managing the Risks of Extreme Events and Disasters to Advance Climate Change Adaptation (SREX)—the summary of which was released Nov. 18 by the Intergovernmental Panel on Climate Change—provides new evidence that links extreme weather events and climate change.

According to the Summary for Policymakers, the SREX report concludes that climate change will likely lead to global increases in extreme weather along with heightened risks to livelihoods, human health and infrastructure, both today and in the future. It also describes the costs—in terms of lives lost and economic damages—that have already occurred, plus those that will likely result from this phenomenon and the societal implications of a warmer world, in which yesterday’s extreme conditions become the new norm.

Below we provide five key takeaways from the report summary:

1. Extreme weather is on the rise around the world.

The report concludes that several types of extreme weather have become more intense or more frequent during the past half century.1 Specifically, the SREX finds that:

2. Extreme weather and climate disasters are deadly and expensive, and losses are increasing.

Given the recent flooding in Thailand, the drought in the Horn of Africa and the flooding of the Mississippi and Missouri Rivers, it should come as no surprise to learn that such events are costly—both in terms of lives lost and economic damages. The SREX finds that losses from weather and climate disasters are indeed rising, with the increase largely due to increased exposure, with more people and infrastructure in harm’s way. Developing countries are particularly affected, with the greatest fatality rates—according to the report, during the period from 1970 to 2008, more than 95 percent of deaths from natural disasters occurred in developing countries—and economic losses as a proportion of gross domestic product.

3. A warming world will likely be a more extreme world.

The extreme weather events unfolding around the world in recent years are only a harbinger of what is to come. For example, the report finds it is virtually certain5 that the frequency and magnitude of extreme high temperatures will increase, with warm spells, including heat waves, very likely6 increasing in length, frequency and/or intensity over most land areas. And it is not just temperature extremes that will change. Heavy precipitation events will likely7 increase in frequency, climate projections imply possible changes in floods, and there is medium confidence that droughts will intensify in some seasons and areas.

4. Greenhouse gas pollution is likely driving some of these trends.

Not only is extreme weather on the rise, but humans are likely driving some of these trends. The report finds it likely that rising greenhouse gas pollution in the atmosphere has led to the observed rise in extreme high temperatures and to the rise in extreme coastal high water.8 Additionally, report authors attached “medium confidence” to the conclusion that humans have contributed to a global intensification of extreme precipitation. Though remarkable, these findings are not surprising, because they are consistent with what scientists have considered to be likely outcomes in a warmer world.9

5. Adaptation and disaster risk management can enhance resilience in a changing climate; differences in vulnerability and exposure must be considered in the design of such initiatives.

Despite its very troubling conclusions, the report also details measures that can be taken to manage risks associated with extreme events. These include risk sharing and transfer mechanisms (e.g., insurance and reinsurance) and “low regret” measures that have co-benefits beyond addressing climate change (e.g., ecosystem restoration, building code enforcement, improved education). While incremental action can help reduce risks, more transformative changes to governance, values and technological systems will also be required. In designing such interventions, differences in vulnerability and exposure must be considered, as impacts will not play out on a level playing field. A cyclone hitting Australia will not have the same impacts as a cyclone of similar magnitude hitting Bangladesh.

Tomorrow’s world will be a different one. Governments around the world must get serious about reducing greenhouse gas emissions—both quickly and steeply—if we are to have a fighting chance for maintaining a more stable climate. The upcoming U.N. climate negotiations in Durban, South Africa provide a critical opportunity for leadership on increasing the ambition of mitigation and finance commitments. Changes in extremes also place a premium on disaster risk management and adaptation initiatives that increase the resilience of those affected. Governments around the world are already acting to move from disaster relief to disaster preparedness, providing innovative examples that can be scaled up.

We have introduced five specific takeaways, but the most important message is this—We can no longer ignore the link between climate change and extreme weather events. The time for decisive action to reduce emissions, advance adaptation and move toward a better future climate is now.