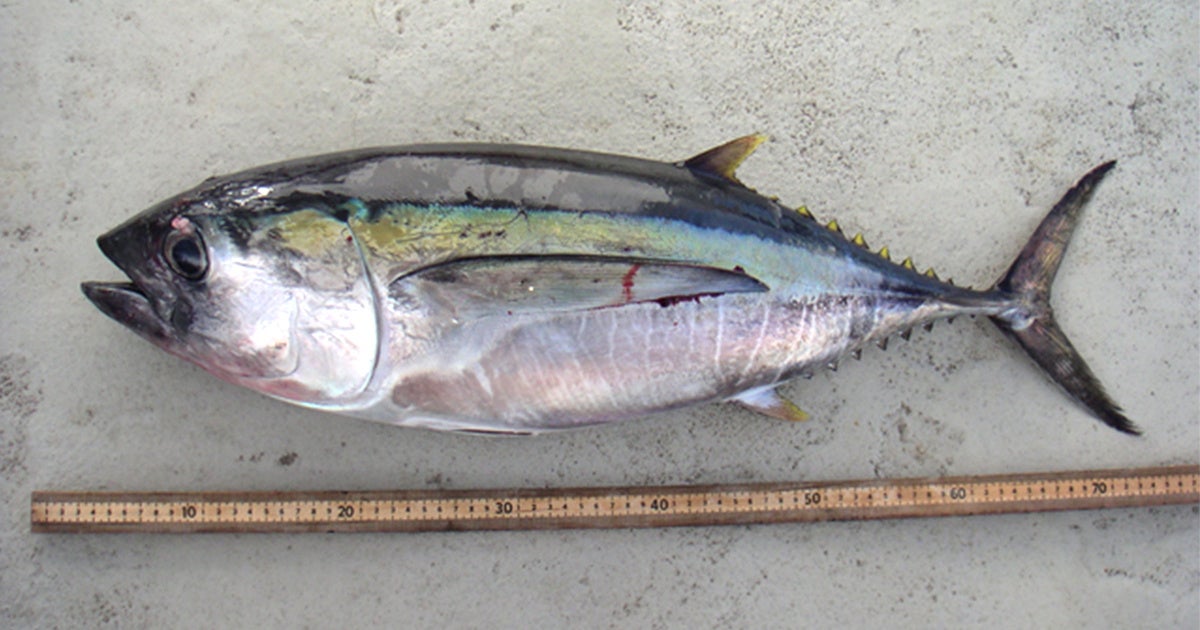 Seafood lovers be warned. That delectable slab of seared tuna on your plate soon could become a lot smaller—and more scarce—thanks to climate change.

As ocean temperatures climb, many species of fish—tuna among them—likely will shrink, decreasing in size by as much as 30 percent, according to a new study published in the journal Global Change Biology.

The study confirms the authors’ previous research, which showed that fish won’t be able to get enough oxygen to grow if ocean waters keep heating up. Fish, as cold-blooded animals, cannot regulate their own body temperatures. When ocean waters become warmer, a fish’s metabolism accelerates, and it needs more oxygen to sustain its body functions. Fish breathe through gills, organs that extract dissolved oxygen from the water and excrete carbon dioxide.

The problem is that the gills’ surface area does not grow at the same pace as the rest of the fish’s body—and warm water contains less oxygen than cooler water. If a fish like cod grows 100 precent larger, its gills might only grow by 80 percent or less, according to the study.

Tuna, which are fast-moving and need more oxygen may shrink by as much as 30 percent, researchers said. By contrast, brown trout, which are not as active as tuna, will only decrease in body size by about 18 percent with each degree Celsius of warming.

“There is a point where the gills cannot supply enough oxygen for a larger body, so the fish just stops growing larger,” said William Cheung, director of science for the Nippon Foundation—University of British Columbia Nereus Program and a co-author of the study. 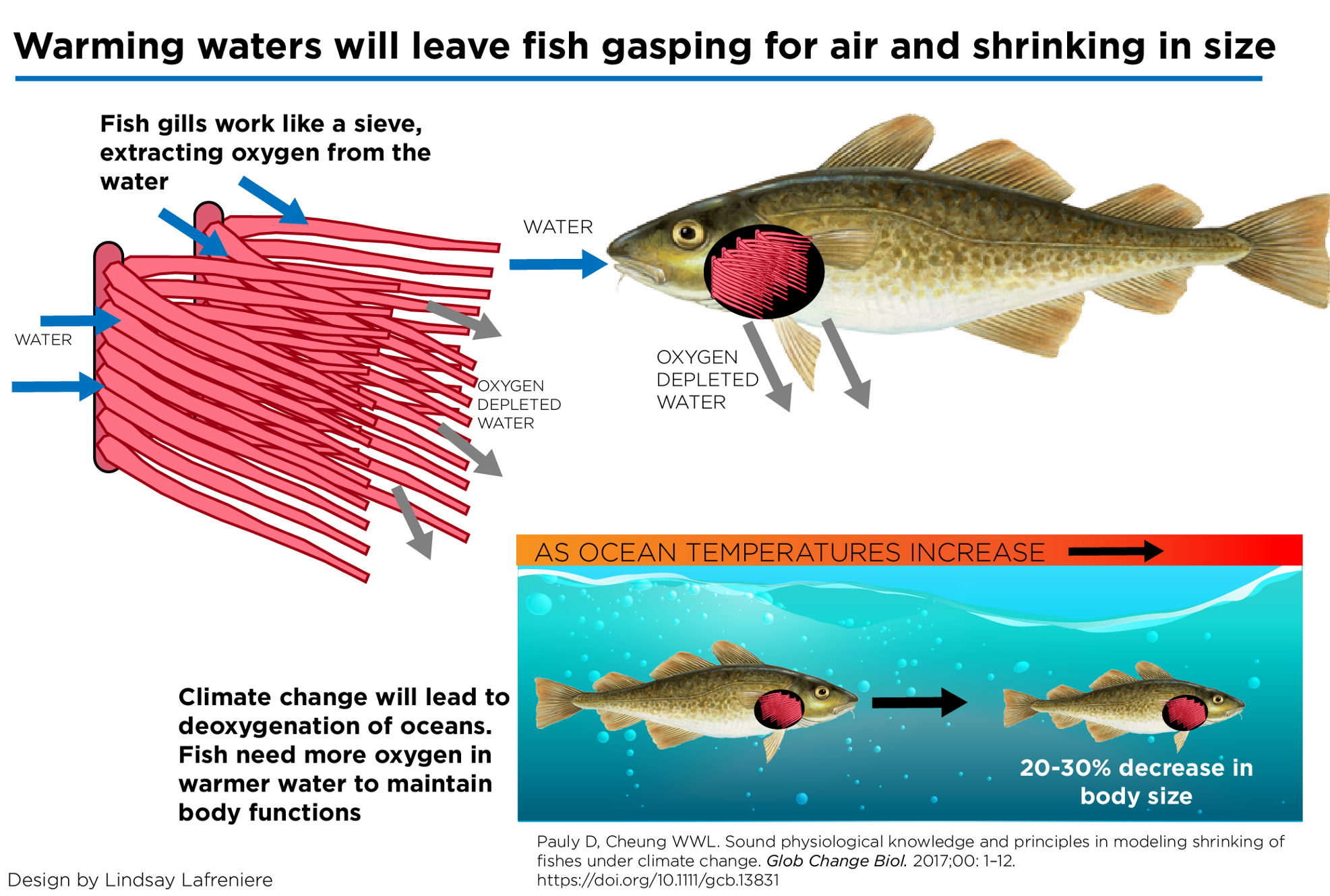 Daniel Pauly, the study’s lead author and a principal investigator with Sea Around Us, a University of British Columbia research initiative, agreed. He emphasized that “fish are constrained by their gills in the amount of oxygen they can extract from the water. This constraint manifests itself especially in big fish. With increasing temperatures, fish require more oxygen but get less.”

The researchers first posited their principle about warming waters and fish size, which they call “gill oxygen-limitation theory,” or GOLT, in a 2013 paper published in Nature Climate Change. Their conclusions were challenged by three researchers from Norway and France who claimed their models were based on “erroneous assumptions.”

Cheung and Pauly responded to the criticism “by restating both the principle upon which the 2013 study was built, and by re-computing the effect of warming on shrinkage in more detailed fashion, which increased the shrinkage,” Pauly said.

With a drop in maximum body size, potential fisheries production will decrease “and that will directly affect the fishing industry,” Cheung said. This could result in a loss of potential catch amounting to about 3.4 million metric tons for each degree Celsius of atmospheric warming, he said.

“Some parts of the world, such as in the tropics, are going to see even larger decreases,” he said. “This will have substantial impacts on the availability of fishes for people.” Scientists said that fish are already shrinking.

“We are already seeing the effects and shrinking of fishes due to warming,” Cheung said. “For example, colleagues in the UK analyzed long-term data of fish body size in the North Sea and found that fish stocks such as haddock and sole had decreased in maximum body size in the last few decades, and such shrinkage of size was significantly related to ocean warming in that region, even after correcting for the effects of fishing.”

Moreover, oxygen-starved fish may truly end up breathless. Pauly noted that oxygen deprivation is already killing fish in the U.S. and around the world. Though, he added, “Oxygen scarcity doesn’t necessarily kill fish. If it is mild, it will only reduce their growth. This is the reason why fish farmers aerate their ponds on very warm days, when the fish therein are literally gasping.”

Oxygen scarcity will affect a multitude of sea creatures, not just smaller fish, but also larger species further up the food chain. “They are affected by global warming because their prey are,” Pauly said.