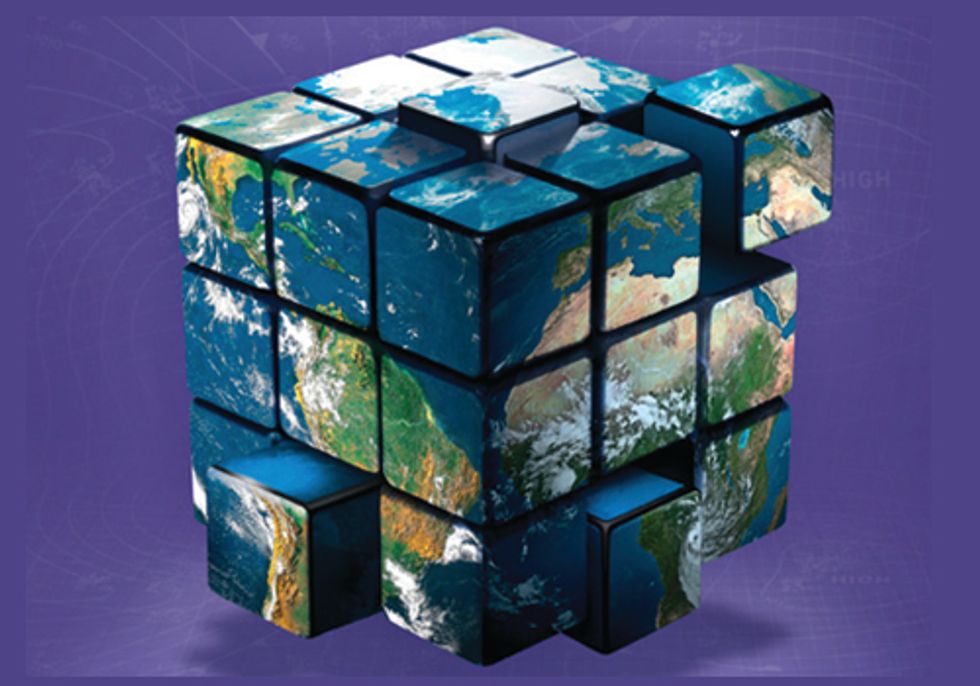 The independent high-level panel established to take stock of the Kyoto Protocol’s Clean Development Mechanism (CDM) has released its eagerly awaited recommendations by urging nations to intervene forcefully to address the crisis in the carbon market and substantially increase their level of ambition when it comes to reducing greenhouse gas emissions (GHG).

The ability under the CDM to earn a saleable credit for each ton of GHG emissions reduced has spawned more than 4,500 projects in 75 developing countries, everything from wind energy and efficient cook-stove projects to land-fill gas and large industrial projects. The CDM, credited with creating the first global environmental currency, is now under threat due to the current low prices paid for credits, the result of low demand and uncertainty over the timing and level of future demand, which is tied to countries’ emission-reduction commitments.

According to the high-level panel, if nations permit the CDM mechanism to disintegrate, the political consensus for truly global carbon markets may evaporate. Therefore, the panel calls on nations to increase their mitigation ambition by strengthening the pledges that have been made under the United Nations Framework Convention on Climate Change and by adopting corresponding domestic policies and measures.

“Nations must, as a high priority, restore faith in global carbon markets generally and in the CDM specifically,” said the panel’s chair, Valli Moosa. “Although the CDM has been the subject of extensive criticism, it has improved markedly in recent years and has helped combat climate change by mobilizing the private sector through markets.”

The CDM was set up to do two things: give countries with a commitment under the Kyoto Protocol some flexibility in how they meet those commitments, and assist countries to achieve their sustainable development goals. The mechanism has been criticized by some stakeholders for being too stringent and slow, and by others for not being stringent enough in ensuring that the emission reductions produced are additional, and would not have happened anyway, even without the CDM. Other stakeholders have questioned projects’ contribution to sustainable development, responsibility for which is left up to host countries.

To address shortcomings and improve the mechanism’s reputation and performance in the future, the panel recommends fundamental reforms of the CDM’s operating procedures. More specifically, the panel calls for:

In addition, the panel urges nations to take measures to enhance the CDM’s role so that it adapts to new political and market conditions. More specifically, the panel recommends that:

The wide-ranging research program commissioned by the panel found that over the past decade, the CDM alone has helped nations mitigate approximately one billion tons of GHG emissions in a manner that realized US$3.6 billion in savings for developed countries. Over this same period the CDM has mobilized more than US$215 billion in investments in developing countries, thereby accelerating economic growth and poverty alleviation.

“New market-based mechanisms will take years to design and make operational. For the balance of this decade the CDM is likely to remain the world’s foremost means of gaining the benefits of a truly global carbon market. The panel believes that a strong and robust CDM is necessary to support the political consensus and bring the benefits of carbon markets to developing countries,” said the vice-chair of the panel, Joan MacNaughton.

To make the CDM fit for the future, the panel recommends 51 actions across 12 areas. Its recommendations cover issues such as the crisis of demand, mitigation impact, linking of carbon markets, sustainable development, regional distribution, governance structure, additionality, stakeholder and public engagement, as well as mechanisms for appeals and grievances.

In formulating its recommendations, the high-level panel commissioned a wide-ranging research program addressing 22 topics across three main areas: the impact of the CDM to date; the governance and operations of the CDM; and the future context in which the CDM could operate. It also organized a stakeholder consultation program holding dozens of formal and informal meetings around the world.

The panel, which officially presented its report at the sixty-ninth meeting of the CDM Executive Board in Bangkok, urges that its recommendations be implemented fully and without delay with a timetable agreed that will bring them into effect by the United Nations Climate Change Conference scheduled for December 2013.