EpiPen Scandal: ‘One Death Is Too Many’ 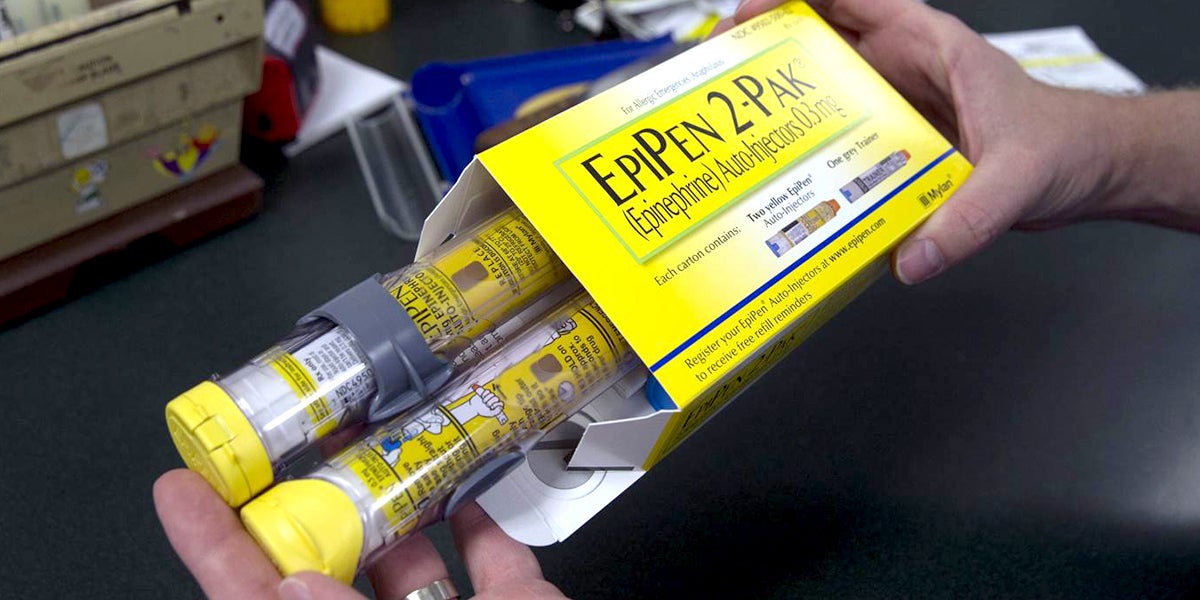 Two days ago, I put my son Conor on an airplane to Europe. Conor has anaphylactic peanut allergies so, before he left, we purchased a new EpiPen for the trip. We both got sticker shock. Ten years ago, I was paying a $12 co-pay for each EpiPen I purchased. In 2007, the wholesale price for an EpiPen in the U.S. was around $57 and our insurance company paid everything but the co-pay. This week, I learned that the wholesale price was now $600 for a two pack, which is the smallest quantity available for purchase. We paid the $600. EpiPens have saved Conor’s life more than once.

A Senate committee has asked the pharmaceutical company Mylan to appear before Congress to explain the company’s 400 percent price hike for this life-saving device. The company’s CEO, Heather Bresch, the daughter of West Virginia Sen. Joe Manchin, will be on the hot seat. She is a greedy, malicious scoundrel and it’s my hope that the senators who question her will not give her kid glove comity just because she is kin to a colleague.

Mylan raised its prices because it could get away with the scam. Its only U.S. competitor, Sanofi, abandoned the American market in 2015. In Canada, EpiPen’s still cost around US$100. In Europe there are four manufacturers and the prices are still lower.

Children in anaphylactic shock often need two doses of epinephrine. Following the U.S. Food and Drug Administration’s recommendations, my doctor suggested that we always keep two EpiPen’s at home, two at school and two in our automobile. Each EpiPen expires after one year, so Mylan’s price hike represents an $1,800 annual recurring cost for the families of the 15 million Americans with allergies.

According to the U.S. Centers for Disease Control, food allergies are responsible for more than 300,000 ambulatory-care visits a year in children under 18. About 200 children die. Bresch’s greed is likely to cost the lives of many more.

“I regularly write notes to the families of children who have died from anaphylaxis after inadvertently eating peanuts,” said Dr. James R. Baker, CEO of FARE: Food Allergy Research & Education. “One death is too many.”