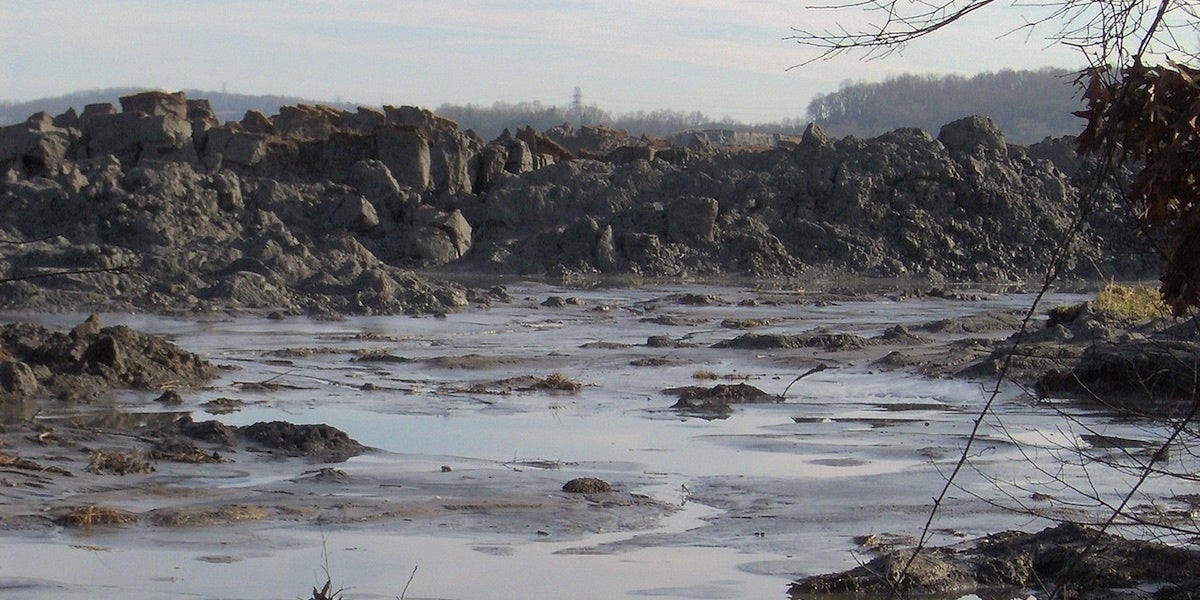 The U.S. Environmental Protection Agency (EPA) is proposing major changes to Obama-era coal ash disposal regulations, seeking to give states and utilities more leeway in how they dispose of coal ash, which can contain highly toxic substances such as arsenic, mercury and lead.

The
Scott Pruitt-led agency claims that the proposal, if finalized, can save the utility sector up to $100 million per year in compliance costs.

“Today’s coal ash proposal embodies EPA’s commitment to our state partners by providing them with the ability to incorporate flexibilities into their coal ash permit programs based on the needs of their states,” Pruitt said in a statement Thursday.

Coal ash is one of the largest types of industrial waste generated in the U.S. The nation’s coal plants produce
140 million tons of the toxic byproduct annually, and all that gets dumped into open-air pits and surface-waste ponds. Without proper management of these sites, the harmful contaminants can leach out and pollute waterways, ground water, drinking water and the air.

As the EPA’s
own website points out, the need for federal action to help ensure protective coal ash disposal was highlighted by two large spills: the Kingston Fossil Plant spill in 2008, when 5.4 million cubic yards of coal ash was released from a failed dike into the Emory River channel in Tennessee; and the Duke Energy spill in 2014, when 39,000 tons of coal ash spilled into the Dan River in North Carolina. The two spills “caused widespread environmental and economic damage to nearby waterways and properties,” the EPA says.

That led to the Obama administration’s
2015 rule set requirements for the safe storage of coal ash for more than 400 coal-fired power plants nationwide. But now,
Trump’s EPA is proposing to make more than a dozen changes to the regulation to allow “alternative performance standards” for state and federally permitted facilities.

The
Washington Post reported that industry officials had lobbied the Trump administration for the rule changes. They said the existing rule causes “significant adverse impacts on coal-fired generation in this country due to the excessive costs of compliance.”

Taking their concerns into account, Pruitt said in September it was “appropriate and in the public interest” for the agency to rethink the regulation.

“This is another example of Pruitt not caring about science, working families, or clean water, and instead bending over backwards for polluters eager to avoid accountability to the laws that keep our communities and families healthy,” Mary Anne Hitt, director of
Sierra Club‘s Beyond Coal campaign, said then.

The EPA said it will be accepting public comment on this proposal for 45 days after publication in the Federal Register and plans to hold a public hearing to receive additional feedback on the proposal during the public comment period.

The agency also plans to propose additional changes to the rule later this year.