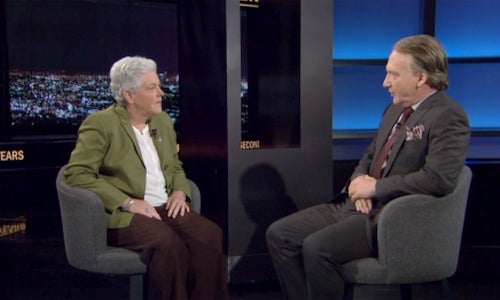 Those who appear on HBO never need to mince words, especially not on Real Time with Bill Maher. U.S. Environmental Protection Agency Administrator Gina McCarthy refused to tiptoe in describing what her announcement of the president’s emissions proposal and goals really meant.

Maher asked McCarthy if the U.S. was truly entering a war on coal, as some politicians, media personalities and energy executives have charged. Judging by her response, they were right.

http://youtu.be/CpJhJW0rvbg EPA is all about fighting against pollution and fighting for public health,” she said. “That’s exactly what this is.”

Environmental advocates should be mindful that McCarthy made this statement on the same day that the Obama administration announced its first step in selling offshore oil and gas leases that would allow companies to explore the nation’s waters for energy sources. That announcement signaled that the “all-of-the-above” stance on energy remains alive, along with the downsides of dirty oil and gas.

Still, McCarthy waging war on coal, coupled with Obama’s rousing commencement speech for the University of California, Irvine’s graduation, made for a nice weekend of climate awareness from federal officials. To that, we can only respond like the giddy Maher did following McCarthy’s affirmation: “Oh, great!”