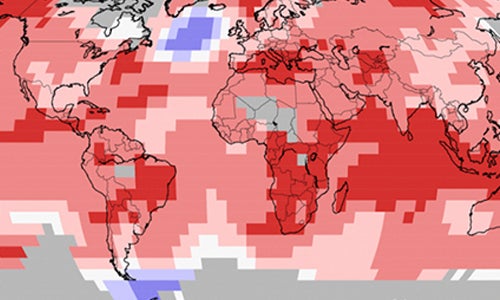 According to the National Oceanic and Atmospheric Administration (NOAA), April 2016 was the 12th consecutive month to break previous heat records, breaking the 1901-2000 long-term average by a record amount. 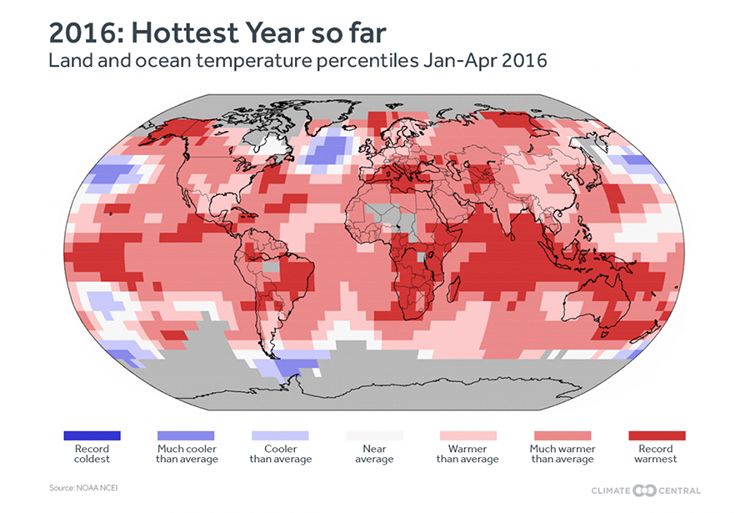 There is now a 99 percent likelihood that 2016 will become the hottest year on record. NOAA also said the global average carbon dioxide concentration reached 399 parts per million in 2015.

“We’re dialing up Earth’s thermostat in a way that will lock more heat into the ocean and atmosphere for thousands of years,” Jim Butler, director of NOAA’s Global Monitoring Division, said in a statement. 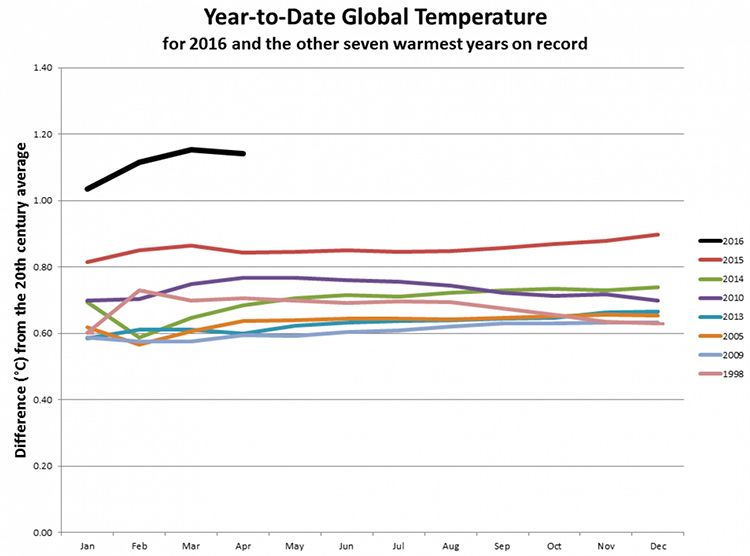