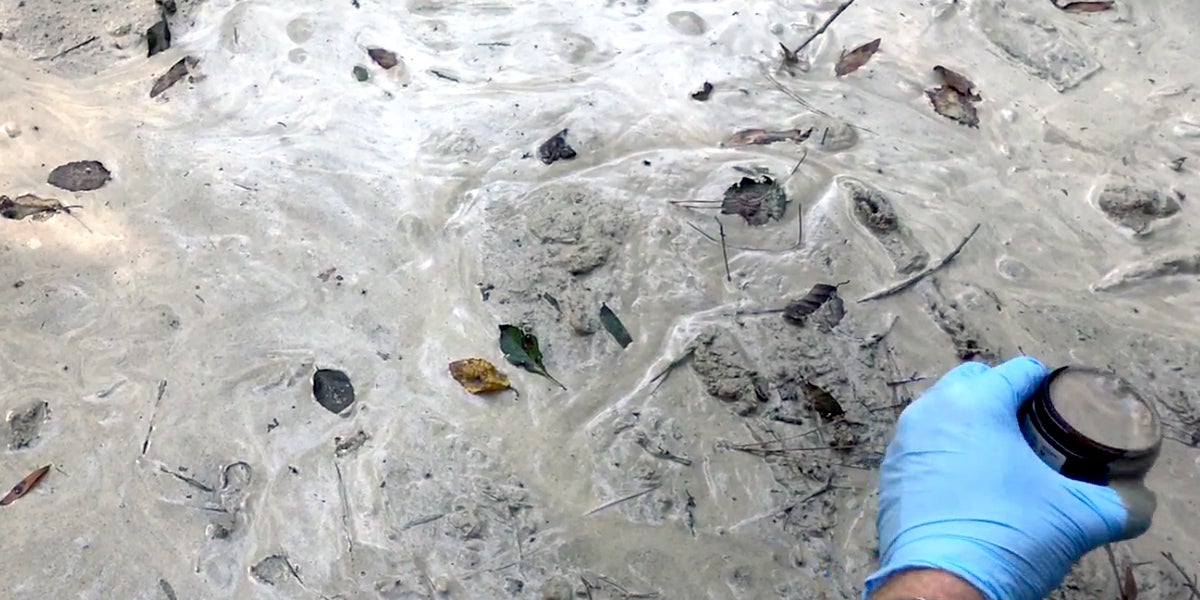 On Oct. 14 at 4:28 p.m., before the flood waters had completely receded from the flooded ash ponds, Duke Energy reported a spill of an undetermined amount of coal ash into the Neuse River to the U.S. Coast Guard’s National Response Center. On Oct. 15, Duke Energy and the North Carolina Department of Environmental Quality personnel inspected the inactive ash ponds by foot, claiming they “determined that the amount of material that was displaced would not even fill the bed of an average pickup truck.”

On Oct. 17, the flood waters had receded enough to allow the Waterkeeper Alliance rapid response team to launch a boat in the Neuse River to inspect for coal ash releases. Later that afternoon, the Upper Neuse Riverkeeper discovered a second coal ash spill coming from the inactive ash ponds at HF Lee. The coating of ash on tree branches high above the receding flood waters proved the spill had been ongoing for almost a week.

Duke Energy and DEQ claim their representatives identified the second spill on Oct. 17 as well, independent of Waterkeeper Alliance’s public disclosure of the spill on Oct. 18. The Waterkeeper Alliance rapid response team questions the claim that both DEQ inspectors and Duke Energy staff traveled to the location of the second spill by boat on Oct. 17 and identified the white substance floating on the water and coating the trees.

To the contrary, Duke Energy reportedly told WNCN on the evening of Oct. 18 that it had not yet conducted water sampling from a boat because state regulators had not deemed it safe to boat on the flooded river. This directly contradicts subsequent claims by Duke and DEQ that they had observed the spill by boat on Oct. 17.

“The agency that should be a watchdog protecting the public is acting more like a PR firm trying to protect Duke Energy’s reputation,” Waterkeeper Alliance attorney Pete Harrison said. “This is the same agency that only a year ago stood up in court and tried to block an agreement between Waterkeeper and Duke that requires Duke to remove all the coal ash from the ash ponds that flooded.”

Since we exposed the second spill on the afternoon of Oct. 18, Duke Energy has continued to insist that the spilled material is “not coal ash,” falsely claiming that cenospheres are distinct from fly ash, the primary constituent of coal ash. 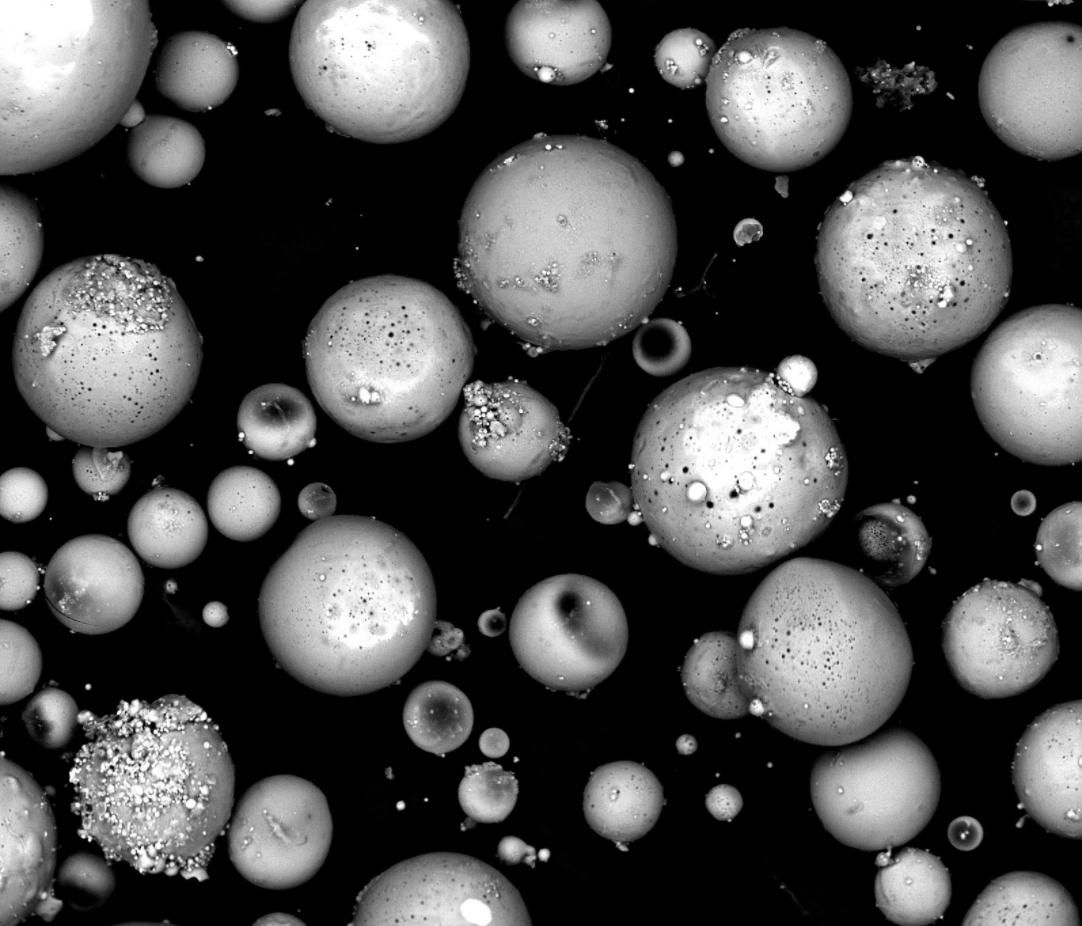 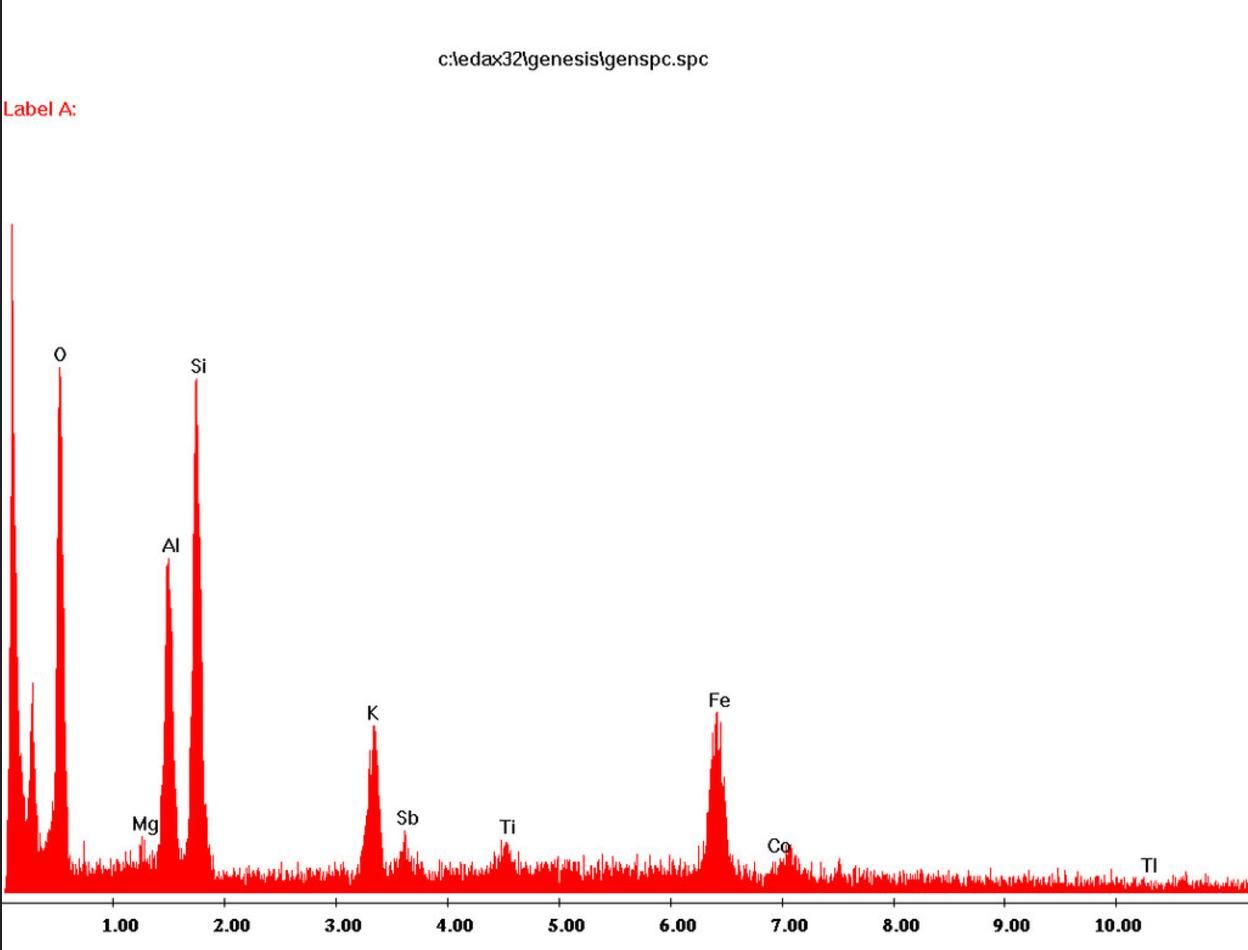 Energy-dispersive X-ray spectroscopy (EDX) graph of chemicals in or on a coal ash cenosphere that was found in the Neuse River on Oct. 17. The analysis detected antimony, cobalt, and thallium, which can be toxic to people and aquatic life.Dr. Guichuan Hou, PhD, Director of Dewel Microscopy Facility, Research Associate Professor of Biology, Appalachian State University

Duke Energy has previously reported elevated levels of both these contaminants in groundwater monitoring wells located around the inactive ash ponds where the coal ash spill occurred. Throughout the week, Duke Energy attempted to characterize cenospheres as “not coal ash” and “inert” and “not inherently toxic.” These talking points carefully avoid acknowledging what the EDX analysis confirms: the spilled coal ash cenospheres, though composed largely out of silica and aluminum, have more dangerous contaminants attached to them.

Harrison called the mischaracterization “a shameful attempt by Duke Energy to trick the public and cover up a large coal ash spill that the company failed to identify and/or failed to report.”

Duke Energy even acknowledges on its website that “cenospheres are a form of fly ash.” Duke’s failure to report the spill may have even been a violation of the company’s probation sentence, which it received last year after pleading guilty to federal crimes involving its mismanagement of coal ash at the H.F. Lee facility, among others.

Because Duke Energy did report a spill of coal ash on Oct. 14 (the purported pickup truck load), and the company has emphatically denied that the material discovered by the Upper Neuse Riverkeeper is coal ash, it is clear that material discovered in the river on Oct. 17 was a separate and distinct spill from the one Duke Energy reported on Oct. 14. Based on currently available information, Duke Energy has still not reported the second spill to then National Response Center.

On Oct. 19, the day after our organizations exposed the second coal ash spill, the DEQ claimed its “staff determined on Monday that material found at the H.F. Lee facility in Wayne County is not coal ash,” and accused Waterkeeper Alliance of “falsely reporting” the coal ash release. Both Duke and DEQ claimed, without analyzing the spilled material, that it was harmless cenospheres comprised of just aluminum and silica.

“After adopting Duke Energy’s indefensible position that the material was not coal ash and requiring no further action from Duke on Wednesday, DEQ has now done an about face, admitting last night that cenospheres are fly ash and ordering Duke to investigate the spills further,” Matthew Starr, Sound Rivers’ Upper Neuse Riverkeeper, said.

“The DEQ bureaucrats must have woken up yesterday with the embarrassing realization that the state Coal Ash Management Act they’re in charge of implementing defines cenospheres as coal ash,” Donna Lisenby of Waterkeeper Alliance said.

“Now DEQ seems to be changing its tune and agreeing with what we’ve been saying all along: Duke Energy is responsible for another coal ash spill into the Neuse River. Unfortunately this one looks like a lot more than a pickup-truck’s worth of ash was spilled.”