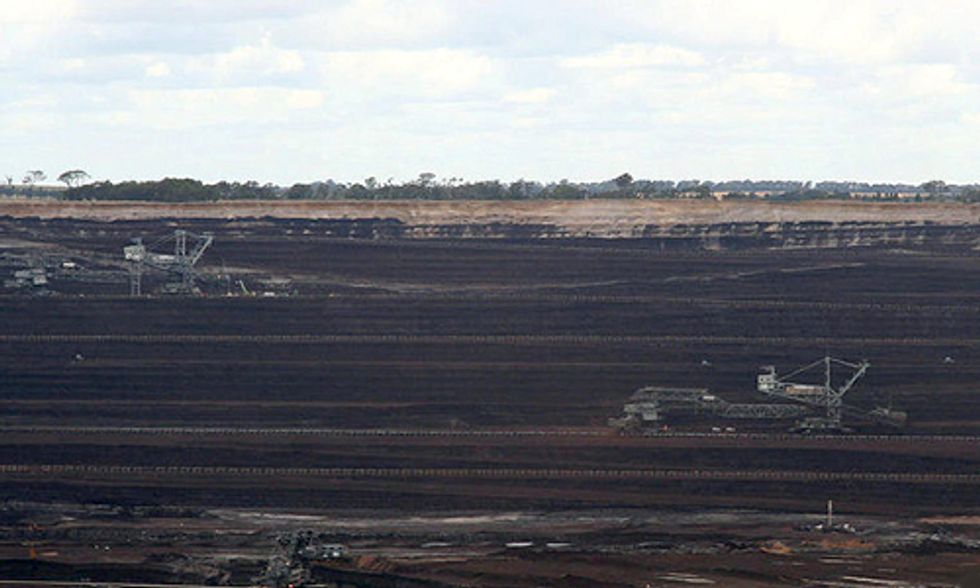 Future coal mining projects are vulnerable to being "stranded" by a range of policy changes from the Chinese government, including environmental regulation, carbon pricing, investment in renewable energy and energy efficiency, the report said.

One expert told The Guardian that global investors are already questioning the prudence of financing new fossil fuel projects. Backers of a handful of upcoming Australian coal projects "should seek clarity" on the associated costs, the Oxford analysis warns. It also cautions that Australian state governments could suffer if projects are mothballed or abandoned.

"State and federal governments can also reduce the risk of their own investments becoming stranded assets by limiting the use of public funds and resources that support coal-related infrastructure, such as ports and railways," the report says.

Of particular concern are two mega-mines—both being supported by Australia's pro-coal Prime Minister Tony Abbott—that are slated for development in Queensland. Once up and running at full capacity, the two projects combined would produce enough coal to emit more than 70 millions tons of CO2 each year.