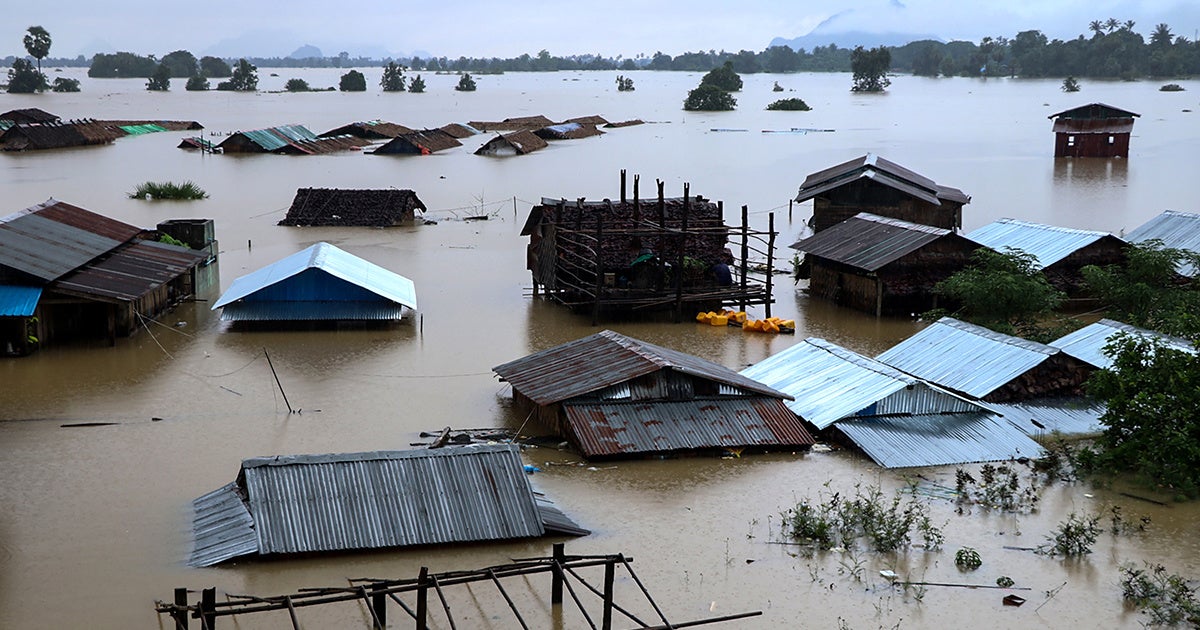 Eleven people have died and more than 119,000 have been forced to flee as heavy monsoon rains beginning last week caused significant flooding in Myanmar, government officials told Reuters on Monday.

Myanmar is the latest Southeast Asian country to be inundated by heavy rains this monsoon season. A dam collapse in Laos last week left thousands homeless, and early monsoon rains in Thailand trapped a team of 12 young soccer players and their coach in a cave, leading to a successful rescue effort that garnered international attention.

Myanmar’s minister of social welfare, relief and resettlement Win Myat Aye told The New York Times that climate change was to blame for the heavy rains and floods.

“I just want to alert the people that climate is changing all over the world and we all have to be careful about it,” he said.

Observed climate changes in Myanmar over the past 60 years have included an uptick in “intense rainfall events” and floods, according to the Myanmar Climate Change Alliance.

But local environmentalists told The New York Times that logging and deforestation have also made floods more severe in recent years.

“This time, flooding in our state is the worst,” Karen Rivers Watch coordinator for the state of Mon Saw Tha Phoe told The New York Times.”It is because of deforestation and we cannot deny it.”

“In the Thai cave rescue, 13 people were treated as human beings by the military government,” Kyaw Swa told The New York Times. “But in the Myanmar flood, many people are suffering and we are not informed by the government, as usual.”

He said he received a government warning via Facebook a day after waters had already flooded his home so quickly that he and his family had to be rescued from the second floor window.

“The flow of water was so fast, our house was flooded in 30 minutes,” he said. “We have nothing, and now we have to start our life from the beginning.”

The Myanmar states most impacted by the flooding have been Mon and Kayin. There has also been flooding in the north.

Win Myat Aye acknowledged that the government’s response had been slow, in part because they had expected flooding along the Belin River in the north, but not the Thanlwin River in Mon and Kayin.

He also told The New York Times that his agency did not have enough people to mount an effective response and that three of the dead were soldiers attempting to help with rescue efforts.