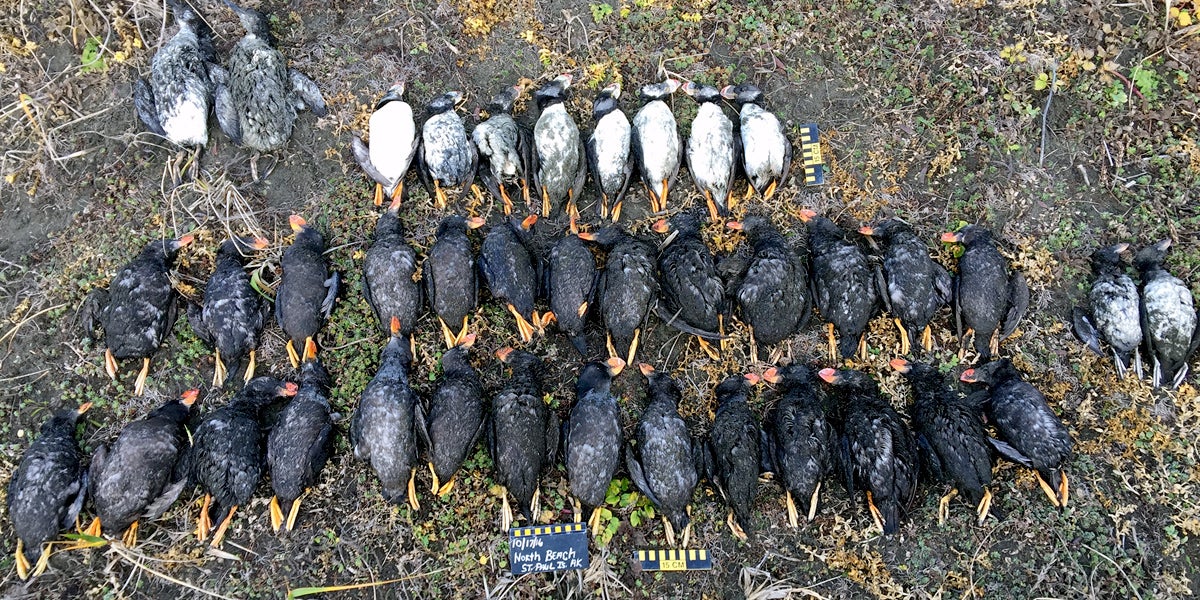 Hundreds of dead tufted puffins began washing up in the Bering Sea in October, as unusually warm water may have upended the bird’s food chain.

Far out on the remote Pribilof Islands, a few dead puffins were found in early October, but within days volunteers were finding from 20 to 40 birds a day. By now, several hundred birds have washed ashore.

The birds are emaciated, but show no evidence of disease. 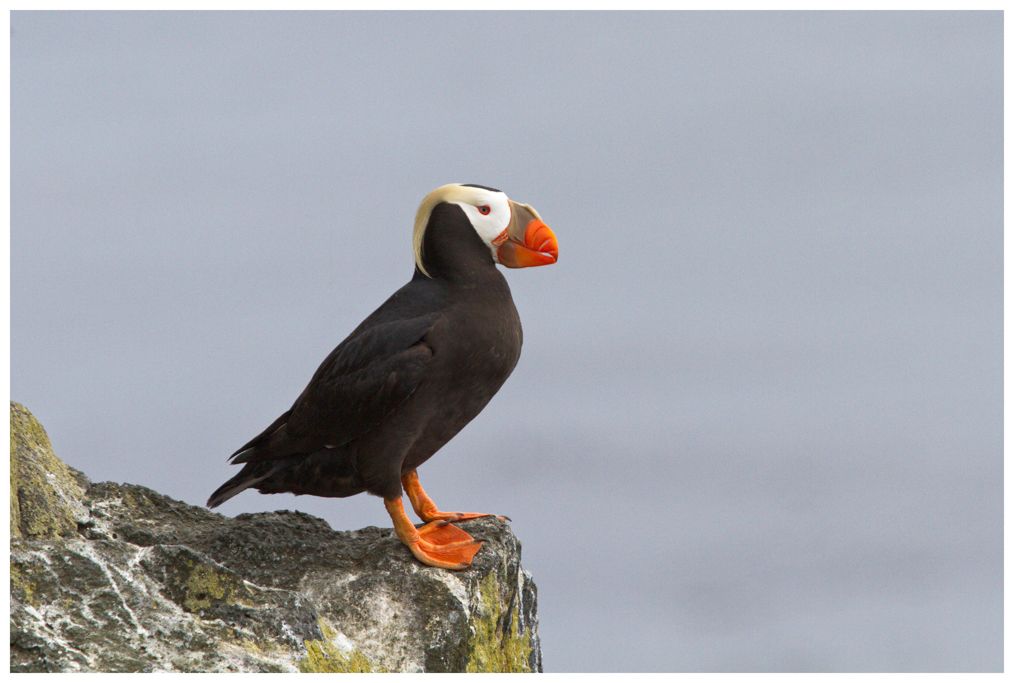 The charismatic puffins, with their bright-orange bills and feet set off by a white face and dark body, range throughout the North Pacific Ocean. While populations have declined dramatically or even disappeared from former nesting sites in California, the bird is abundant in the North Pacific. However, bycatch in fishing nets kills thousands of tufted puffins each year. Nate Mantua, an ecologist at NOAA’s Southwest Fisheries Science Center in Santa Cruz, California, isn’t looking at bycatch as the possible culprit in this case.

“The Bering Sea has been off-the-charts warm,” he said. It may be due to the Pacific Ocean “Blob,” which has been disrupting seas and weather since 2014. According to Mantua, warm water and air blew into the Bering Sea this October from the south, where the Blob has set up. It’s had an effect on sea life up and down the food chain.

The Blob led to an unprecedented algae bloom along the West Coast in 2015 and coincided with a large whale mortality event in the Western Gulf of Alaska beginning in May 2015. Last year saw 45 strandings of fin whales, humpbacks and at least one gray whale.

“Seabirds are another one: There were some species with some very large mortalities, with lots more dead seabirds washing up on the beaches,” according to Washington’s state climatologist Nicholas Bond.

Tufted puffins feed mainly on small fish and squid, along with mollusks, sea urchins and crustaceans. And threats to marine species go well beyond starving puffins.

The Bering Sea is among the largest and most valuable commercial fisheries in the world. Salmon, crab, cod and Alaska pollock are all landed in large numbers. The salmon season this year was disastrous, causing a collapse in the value of salmon permits in Alaska.

This year, summer surveys revealed that crab numbers had crashed. Crab quotas have been cut from 70 million pounds last year to just 30 million pounds for the season which opened Oct. 15.

“We’ve never seen anything like this,” said Mantua. “We’re in uncharted territory. We’re in the midst of an extraordinary time.”