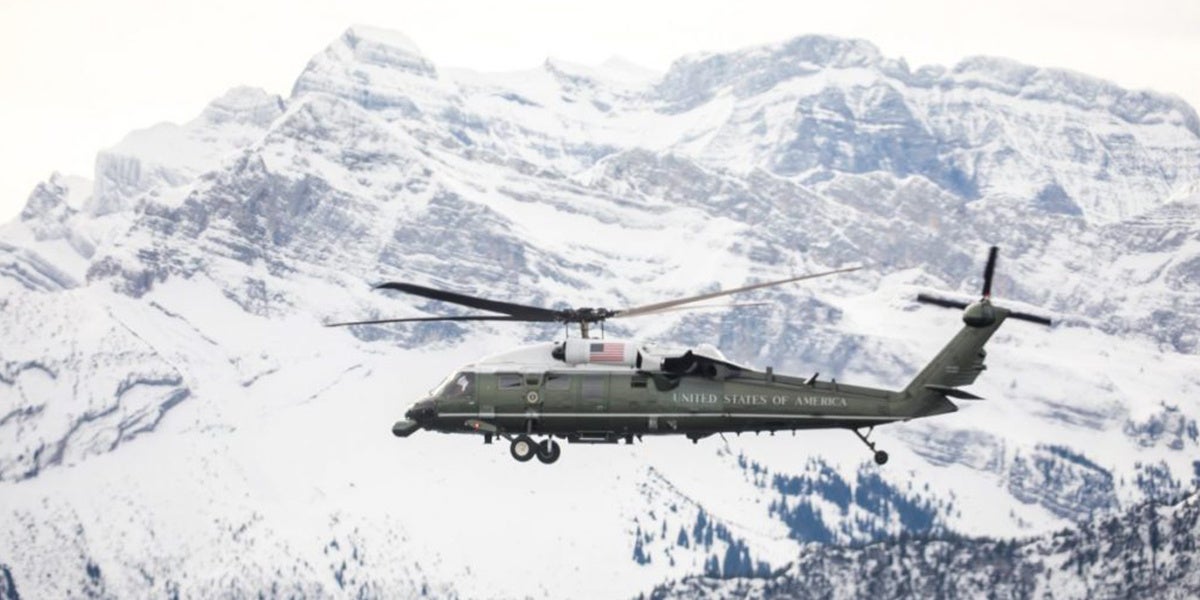 With a swagger and a wave, President Donald Trump has arrived at the World Economic Forum in Davos and is expected to push his “America First” agenda on Friday in a self-congratulatory speech.

“A lot of people are coming back to the United States. We are seeing tremendous investment,” said Trump Thursday when he arrived, also proclaiming that America was “winning” under his leadership.

“The president’s message is very much the same here as it will be [in Davos],” his press secretary Sarah Sanders said. “He welcomes the opportunity to go there and advance his America First agenda with world leaders.”

According to the BBC, Trump’s speech is likely to cover three main themes. First, he will set out his achievements, including tax reform and deregulation. Second, he will talk about trade and third, he will ask for increased international support for international problems such as Isis and North Korea.

But there are many who remain opposed to the president’s “America First” deregulatory and anti-environmental agenda. “He is going for show and not for substance. In terms of global policy, he has nothing to say to the people of Davos,” Nicholas Dungan, a senior fellow at the Atlantic Council who teaches at Sciences Po, a prestigious French research university, told CNN.

In what is being seen a poking fun at the president, his French counterpart, Macron said, “When you arrive here and see the snow, it could be hard to believe in global warming. Obviously you [didn’t] invite anyone skeptical about global warming this year.”

“We cannot end up in a world with a cosmopolitan digital elite and an army of discontented workers,” said Gentiloni. “Our history and roots are not synonymous with protectionism.”

As Trump relishes the spotlight in Davos, back home the work of speaking truth to power continues. On Friday at the Wilson Center in Washington, DC, the Society of Environmental Journalists will launch its annual report, “The Journalists’ Guide to Energy and Environment,” which previews the top stories of 2018, with comments from a roundtable of leading journalists.

As the event invitation says, “From pipeline politics to hurricane horrors, 2017 witnessed a flood of energy and environment news—and 2018 promises to set a new high-water mark.” And Trump will remain central to many of the stories. But for how much longer can we stand “America First, but the Environment Last?”