Another Day, Another Pipeline Spill 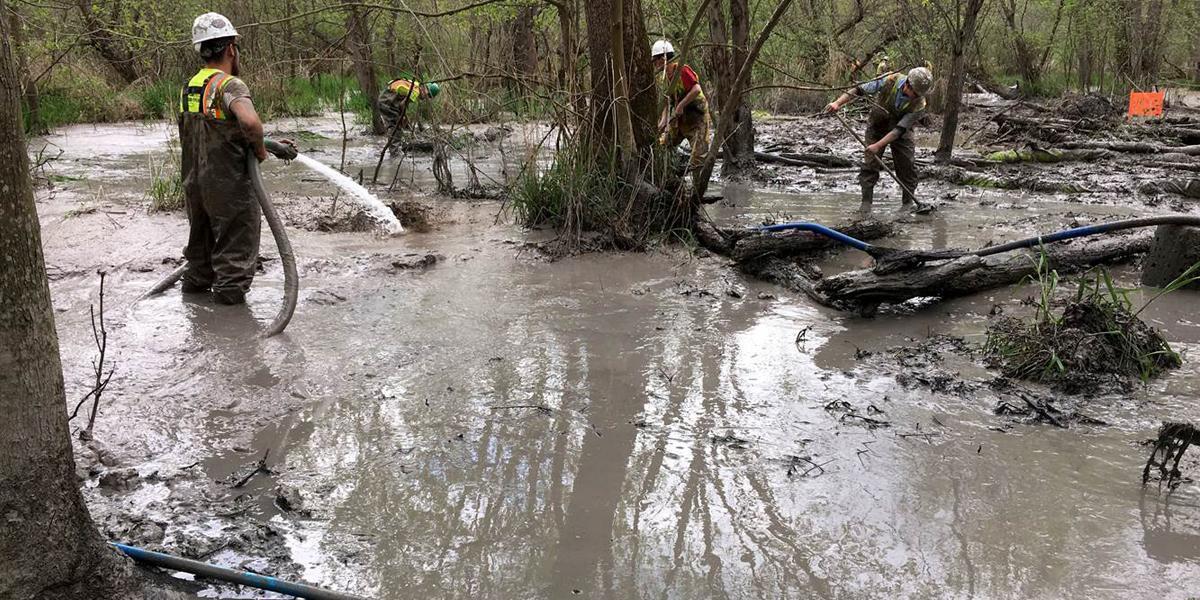 After months of protests and passionate pleas for the government to recognize and analyze the threats Energy Transfer Partners’ Dakota Access Pipeline (DAPL) could pose to fresh water resources and numerous others, news came this week that before even fully opening, the pipeline had already leaked.

A few states away, in Ohio, the same company’s effort to build a natural gas pipeline has been put on hold after 18 leaks and a massive spill of drilling fluids into a pristine wetland convinced state and federal regulators to largely shut down the company’s construction of the project. And even as this happens, we’re facing similar threats as the Trump administration and TransCanada try to ram Keystone XL through America’s heartland.

All of this feels like déjà vu. Back when Keystone 1 opened, for example, it experienced its first leak within months. A few years later, it experienced a major rupture in South Dakota, spilling at least 17,000 gallons of oil into a farmer’s field. At the time, it was revealed that TransCanada, Keystone’s owner and operator, had been warned about potential problems with the steel pipe it had used to build the line, as well as the welds holding the line together.

And DAPL isn’t the only new oil pipeline rearing its ugly head and threatening our precious resources with the risk of an oil spill. Keystone XL has come back from the grave under President Trump and the State Department’s rubber stamp cross-border permit. Enbridge is trying to expand its Alberta Clipper (Line 67) and Line 3 pipelines in Wisconsin and Minnesota. And the list goes on and on.

So why does this keep happening? The easy answer is: oil pipelines leak. They always have and they always will. They are complex projects that span thousands of miles and are held together by welds that commonly fail. They use materials sourced from manufacturers around the world that are almost always found to have anomalies. They carry substances that create conditions that can accelerate corrosion. They are impacted by external conditions like moisture and freezing and thawing and intense summer heat. All the technology in the world will not stop an oil pipeline from leaking. And what’s worse, the best technology available today to detect a leak almost always fails to do so.

This week’s leak is another example in a growing list that proves the concerns of Native Americans, farmers, ranchers and the public about the impacts these projects can have on water resources are real and pressing. For months, leaders from Standing Rock and elsewhere raised serious concerns about DAPL, its threat to water resources and the likelihood it would spill only to see those concerns not addressed by the current administration. Now, those same concerns are being ignored in the case of Keystone XL—which would cross one of the most important aquifers in the U.S.

Joshua Axelrod is a policy analyst for the Canada Project at Natural Resources Defense Council.