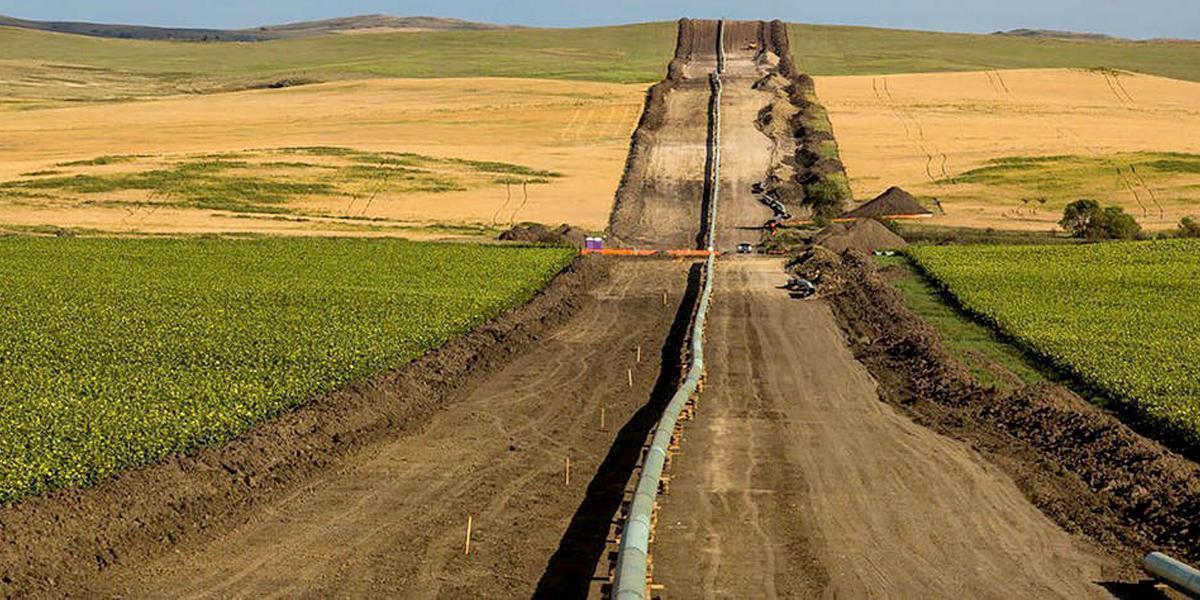 Throughout the battle over the Dakota Access Pipeline (DAPL), Indigenous campaigners and their allies repeatedly warned it was not a question of if, but when a breach would occur.

Now, before the pipeline is even fully operational, those warnings have come to fruition.

The April 4 spill was relatively small and was quickly cleaned up, and it didn’t threaten any waterways. The state’s Department of Environment and Natural Resources posted a report in its website’s searchable database, but it didn’t take any other steps to announce it to the public, despite an ongoing lawsuit by four Sioux tribes seeking to shut down the pipeline.

“At the pipeline’s pump station there’s what’s called a surge tank, which is used to store crude oil occasionally during the regular operation of the pipeline,” Brian Walsh, an environmental scientist with the state Department of Environment and Natural Resources Ground Water Quality Program, told Dakota Media Group. “And connected to that tank is a pump, which pumps oil back into the pipeline system, and the leak occurred at that surge pump.”

The pipeline operated by Texas-based Energy Transfer Partners is expected to be in service by June 1.

“As far as this happening during the start-up, I don’t want to make it sound like a major event, but the fact that you had oil leaving the tank says there’s something not right with their procedures,” longtime pipeline infrastructure expert Richard B. Kuprewicz said to Dakota Media Group. “They might have been trying to hurry.”

Joye Braun, of the Cheyenne River Sioux tribe (one of those still engaged in a legal battle to shut down the pipeline), cited Kuprewicz when explaining why the news was so concerning.

“This leak hits close to home, my home,” Braun said. “We have always said it’s not if, but when, pipelines leak, and to have someone like Richard B. Kuprewicz—a pipeline infrastructure expert and incident investigator with more than 40 years of energy industry experience—question the integrity and building practices of Dakota Access says something pretty serious could go wrong.”

“That worries me,” she continued. “South Dakota already faces water shortages and our livelihoods depend on water, from ranching and farming to healthcare. Do we have more spills just waiting to happen? This is our home, our land and our water. This just proves their hastiness is fueled by greed not in the best interest for tribes or the Dakotas.”

After the spills and 18 reported leaks, the Washington Post reported:

FERC blocked Energy Transfer Partners, which also built the controversial Dakota Access pipeline, from starting horizontal drilling in eight areas where drilling has not yet begun. In other areas, where the company has already begun horizontal drilling, the FERC said drilling could continue.

The FERC also ordered the company to double the number of environmental inspectors and to preserve documents the commission wants to examine as it investigates the spills.

Meanwhile, the Ohio Environmental Protection Agency earlier this week fined Energy Transfer Partners $430,000 for damaging the wetland, which an agency spokesman has said “will likely not recover to its previous condition for decades.”