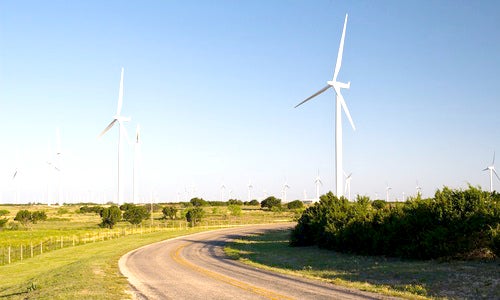 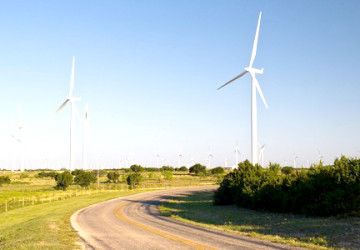 Enbridge Inc.’s most recent claim to fame has no doubt been its proposed $6.5 billion Northern Gateway Pipeline in Canada. This project, if completed, would transport up to 525,000 barrels of tar sands crude 731 miles from Alberta to British Columbia, where it would be shipped on tankers to Asia.

But recently, the company has been making headlines for something else. The Alberta-based company on has announced that it would invest $200 million in a 110 megawatt (MW) wind project in Texas.

The Keechi Wind Project is being built with Renewable Energy Systems Americas Inc., a Colorado-based company that has reportedly worked with Enbridge on three other wind projects.

Despite being the leader on Northern Gateway—opposed by many for the increased carbon emissions that come from tar sands extraction—Enbridge says it has so far invested $3 billion in wind, solar, geothermal and other alternative energy technology projects since 2002. Those projects include 12 wind farms totaling 1,549 MW in capacity, four solar energy operations with a combined capacity of 150 MW, and one 23 MW geothermal project.

Where profits are concerned, Texas is a natural place to build a wind project. The state currently leads the nation in wind energy production, with nearly three times the wind capacity of Iowa, the second leading state, according to a report from National Public Radio. Texas’ western region has a near-constant wind speed of 17 mph, the report said, which helped the state in April 2010 produce 12.1 percent of its electricity from wind.

Still, Enbridge’s push for more tar sands development has drawn protests from north to south, including strong opposition from Canada’s largest private sector union. The project was recently greenlighted by a Canadian review panel, which recommended that Northern Gateway be given the go-ahead by the federal government—as long as 209 conditions are met.

Some of the major reasons Canadians oppose the pipeline include: the the pipeline’s proposed path, which crosses the territory of more than 40 First Nations’ groups, 30 designated Important Bird Areas and over 800 rivers and streams; the pipeline’s required addition of bulk oil tanker traffic to British Columbia’s ports, which currently contain no bulk crude tanker traffic; and the carbon-intensive nature of extracting tar sands crude from the Earth.

The Canadian government touts Alberta’s oil sands as the third-largest proven crude oil reserve in the world, next to Saudi Arabia and Venezuela. The region’s heavy crude oil is mixed with clay, bitumen, and a good deal of sand—hence the designation “oil sands” or “tar sands.” This makes for a unique and energy-intensive extraction process that some scientists say produces three times the greenhouse gas emissions of conventionally produced oil. Environment Canada has said it expects production emissions from tar sands to hit 104 million tons of carbon dioxide by 2020 under current expansion plans.