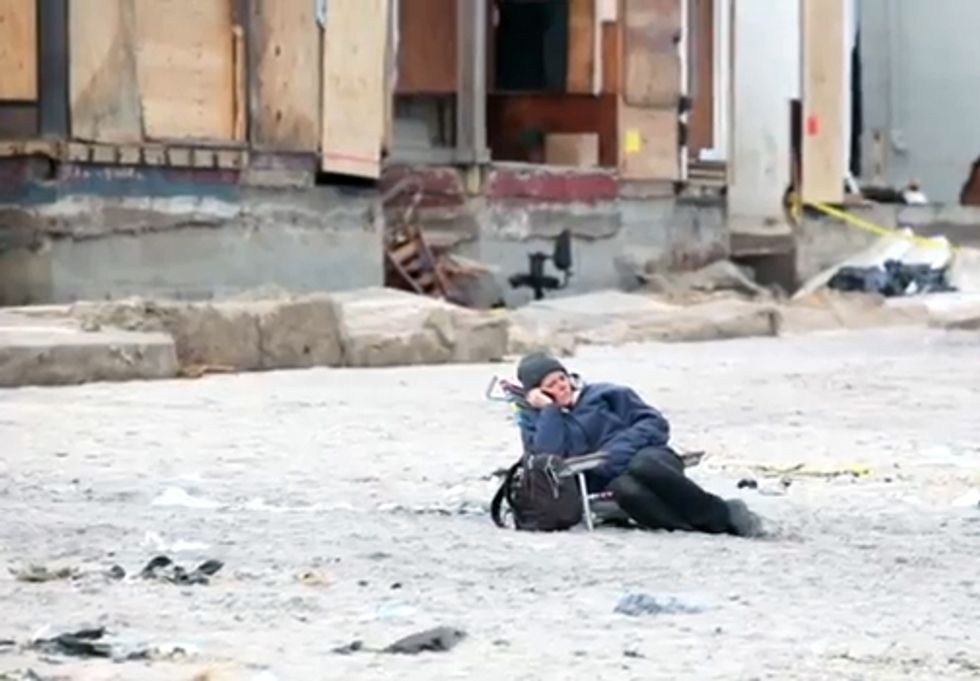 This is a chilling video of a voicemail from a Hurricane Sandy victim in the Long Island neighborhood of Rockaway Peninsula. With scientists telling us that climate change is raising sea levels—storm surges and the intensity of hurricanes—there is only one way to describe these folks: they are among the first North American climate refugees.

Kevin Grandia is a writer, researcher and founder of the Center for Democracy in Politics. He is formerly the director of online strategy at Greenpeace USA and has been writing on climate change and other pressing social issues for more than seven years. For five years he was the managing editor of DeSmogBlog.com that in 2011 was named one of the top 25 blogs in the world by Time Magazine. Originally from Vancouver, Canada, he now lives in Washington, DC. Follow Grandia on Twitter.