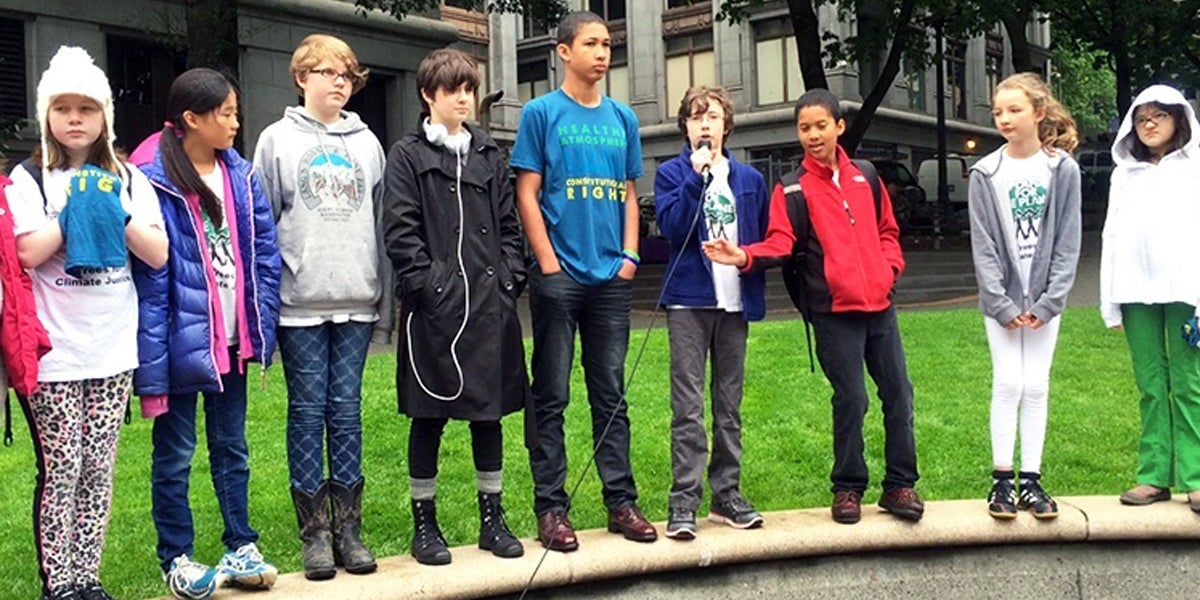 Attorneys representing 21 youth plaintiffs in Juliana v. United States served request for production of documents to the U.S. government and the American Petroleum Institute (API), asking both defendants to turn over the “Wayne Tracker” emails, as part of discovery in the climate case.

As ExxonMobil explained Tuesday, the email address pseudonym “was put in place for secure and expedited communications between select senior company officials and the former chairman for a broad range of business-related topics.” New York Attorney General Eric Schneiderman’s office stated in a March 13 court filing that Rex Tillerson used the “Wayne.Tracker@exxonmobil.com” pseudonym “to send and receive materials regarding important matters, including those concerning to the risk-management issues related to climate change …”

While risk-management issues related to climate change are important to the New York Attorney General’s investigation, attorneys representing youth plaintiffs suspect the emails will also reveal the deep influence of the fossil fuel defendants over U.S. energy and climate policies and the defendants’ private acknowledgement that climate change was caused by their product, both of which are important to the youth’s case. To the latter point, the fossil fuel defendants have refused to take a position on whether climate change is caused by burning fossil fuels, even when pressed by federal judges to answer that question.

As reported by Bloomberg, New York Attorney General Eric Schneiderman’s office stated that Sec. of State Rex Tillerson used a pseudonym, “Wayne.Tracker@exxonmobil.com,” for emails while he served as ExxonMobil’s CEO. Because ExxonMobil is a member of API and Tillerson served on the Board of Directors of API through December, he was a player in Juliana v. United States even before he was confirmed as Secretary of State, which caused him to become a named government defendant.

Plaintiffs are asking the U.S. government and API defendants to turn over any of Tillerson’s pseudonym emails in their custody by April 16.

“… there’s a subset of their substantive due process case that involves what did you know and when did you know it and did someone cover it up, did they create this danger …”

“When looking for evidence of a cover up, emails from Rex Tillerson’s pseudonym about climate change are just the kind of evidence the court needs to see,” Julia Olson, plaintiffs’ counsel and executive director of Our Children’s Trust, said.

The 21 youth plaintiffs, ages 9 to 21, received national publicity last week about their case in The Washington Post and National Geographic.

Juliana v. United States is one of many related legal actions brought by youth in several states and countries, all supported by Our Children’s Trust, seeking science-based action by governments to stabilize the climate system.