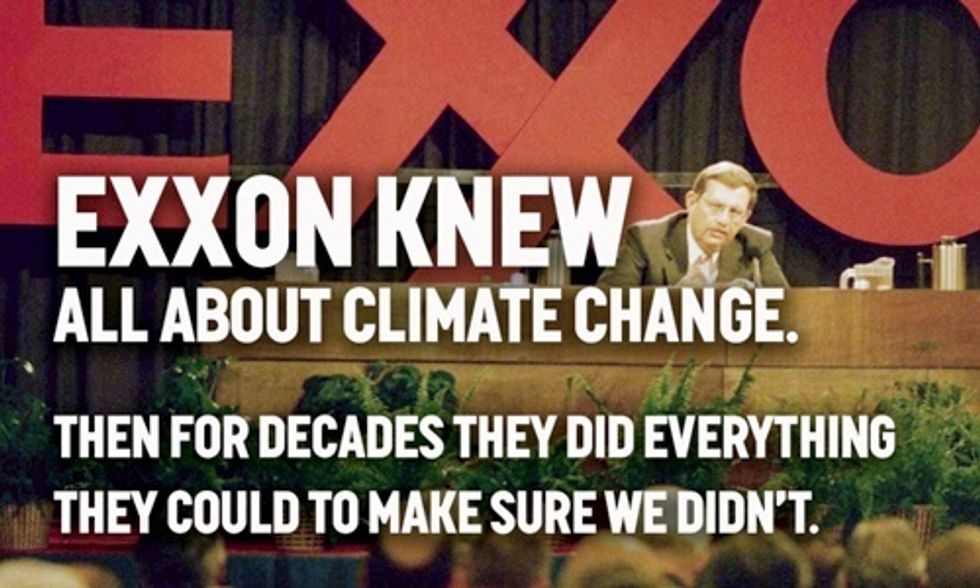 More than 100 researchers—including James Hansen, Michael Mann and Kerry Emanuel—have signed an open letter pressing the American Geophysical Union (AGU) to end Exxon’s sponsorship of the group’s annual fall meeting. While Exxon is a major employer of geophysicists and does some significant research in the geophysical space, its long-time funding of climate denial puts Exxon at odds with AGU’s organizational support policy, which states that AGU won’t take money from groups that fund or disseminate misinformation.

The open letter argues, in light of the #ExxonKnew investigations, that Exxon has run afoul of AGU's policy. In response, AGU first said it would keep the sponsorship because investigators have yet to definitively prove that Exxon funded denial, but the organization later said it would reconsider the issue at the AGU board of directors meeting in April.

Exxon’s sponsorship of AGU is a relatively contentious issue in academia. Some scientists see Exxon’s employment of geologists as sufficient justification for the relationship, since Exxon does perfectly respectable science in non-climate fields. But Exxon's AGU sponsorship has been the subject of at least a little mockery in the deniersphere, with Anthony Watts making it a point to highlight in a post this year and last.

Whether or not AGU can afford to x-out Exxon’s sponsorship will be seen in April, but regardless, this represents yet another step in the ongoing effort to revoke Exxon’s social license to operate.