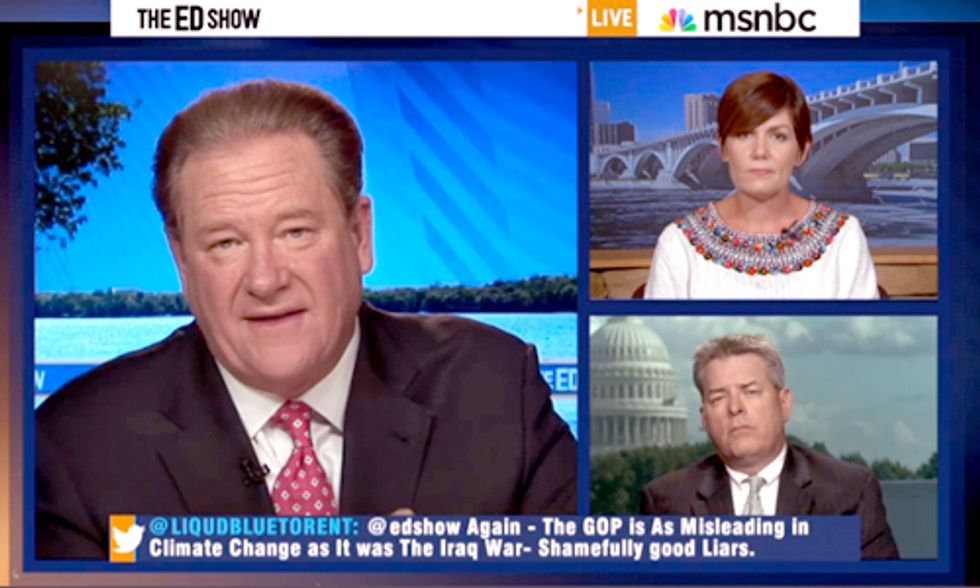 As reported last week by EcoWatch, a research firm’s data shows that the U.S. is the leader in denying climate change. Last night, MSNBC's The Ed Show discussed how conservative climate change deniers fuel a misinformation campaign and refuse to address the terrible environmental disasters impacting the country.

Ed Schultz was joined by Jane Kleeb, executive director of Bold Nebraska, and Brad Woodhouse, president of American Bridge. Kleeb eloquently lays out how "crazy republicans" only want to side with the tea party, and refuse to side with scientist on climate change. Her solution, "Democrats should start telling stories of Americans who are creating clean energy."

Check out this must see interview that also provides the latest on the Keystone XL pipeline.