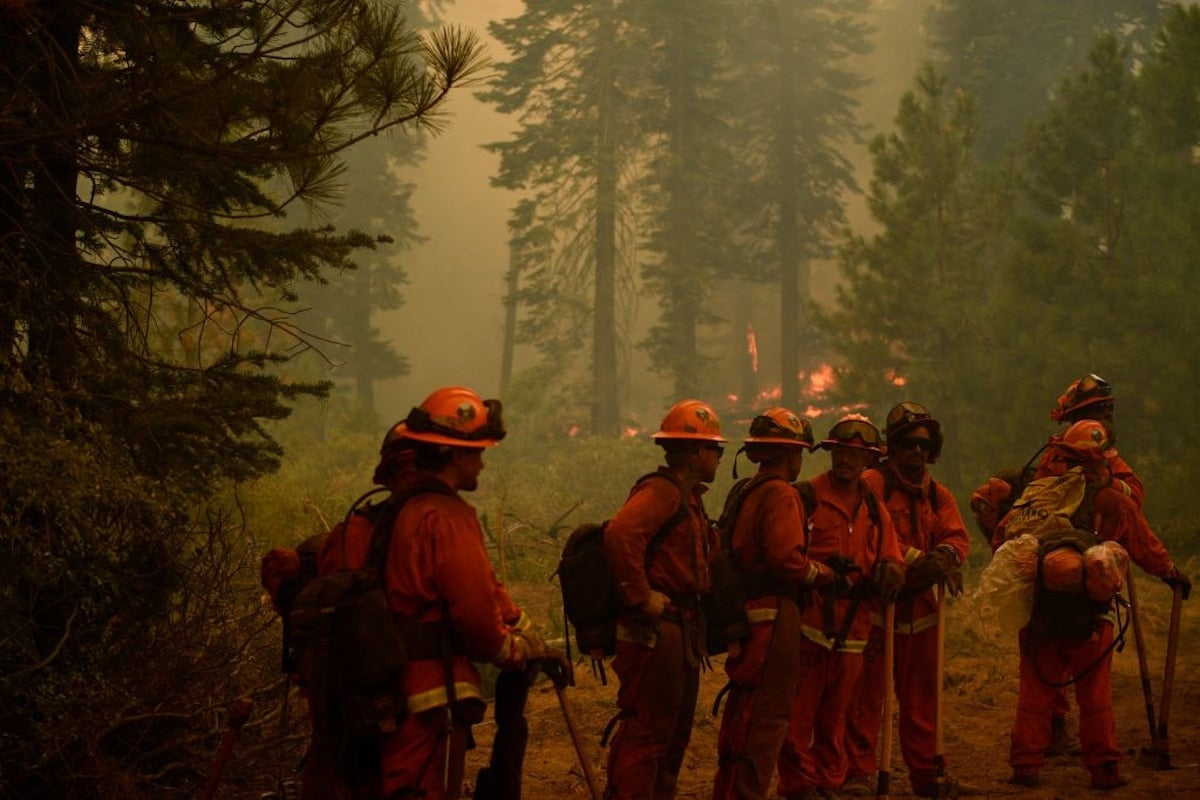 Inmate firefighters from the Antelope Conservation Camp work to contain the Dixie Fire in the Plumas National Forest near Janesville, California on Aug. 18, 2021. PATRICK T. FALLON / AFP via Getty Images

Climate change, on top of a long list of societal inequities, disproportionately harms incarcerated people in the U.S., a multi-part Intercept investigation reveals.

California, Texas, and Florida have the highest incarcerated populations and also face some of the most frequent and extreme impacts of climate change.

Justin Phillips, who has a kidney condition that makes him especially vulnerable to heat, was forced to live in an unair-conditioned segregation cell in a Texas state prison where he regularly endured dangerous heat indices as high as 127°F. Last year in California, a state notorious for its use of incarcerated (slave) labor to fight wildfires, the Dixie Fire cut power to a state prison in Susanville, leaving the people incarcerated there padlocked in dark, smoky cells and scared of what would happen if the flames reached the prison.

With no way to quickly unlock the padlocks (the cells are usually locked and unlocked electronically), “The COs would laugh at us and tell us, ‘You effers are going to stay in your cell,'” an incarcerated person, granted anonymity out of fear of reprisals from the guards, told The Intercept.

As Tropical Storm Elsa dumped rain on a Florida state prison last summer, incarcerated people were trapped in their cells for hours as water filled with human waste, snakes, and bugs rose to knee depth before they were evacuated. The flooding there, and at myriad other carceral facilities across the U.S. — built in the wake of mandatory minimum sentencing laws in the 1980s and ’90s — was predictable based on flood risk data.