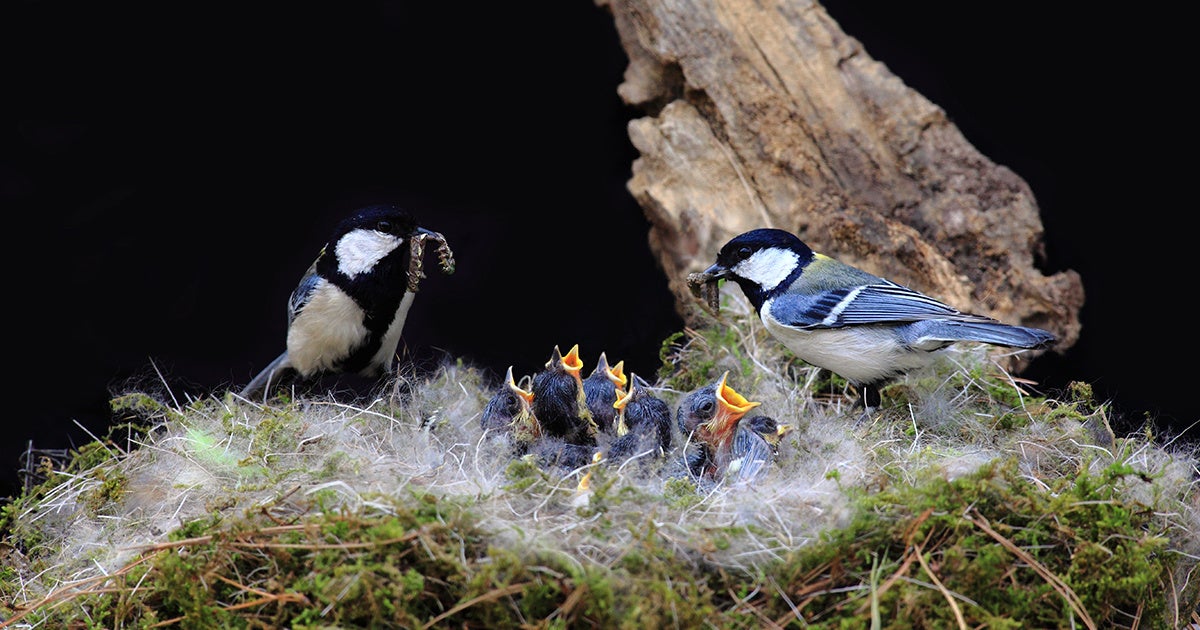 Most Europeans know the great tit as an adorable, likeable yellow-and-black songbird that shows up to their feeders in the winter. But there may be one thing they don’t know. That cute, fluffy bird can be a relentless killer.

The great tit’s aggression can emerge in gruesome ways when it feels threatened by the pied flycatcher, a bird that spends most of the year in Africa, but migrates to Europe in the spring to breed. When flycatchers arrive at their European breeding grounds, they head for great tit territory, knowing that great tits—being year-round European residents—know the best nesting sites.

“They want to breed at a high-quality site, so taking over a great tit nest is an ideal shortcut to a high-quality breeding site,” said biologist Jelmer Samplonius, a researcher at the University of Edinburgh who studied their interactions for his doctoral thesis at the University of Groningen. “However, this can go horribly wrong, because if the great tit is home, or comes home while the pied flycatcher tries to take over, the pied flycatcher will pay dearly—with its life in some cases.”

Usually, flycatchers breed a couple of weeks after great tits, but lately, nasty clashes between these natural enemies are accelerating, because of an overlap in their breeding periods due to climate change. 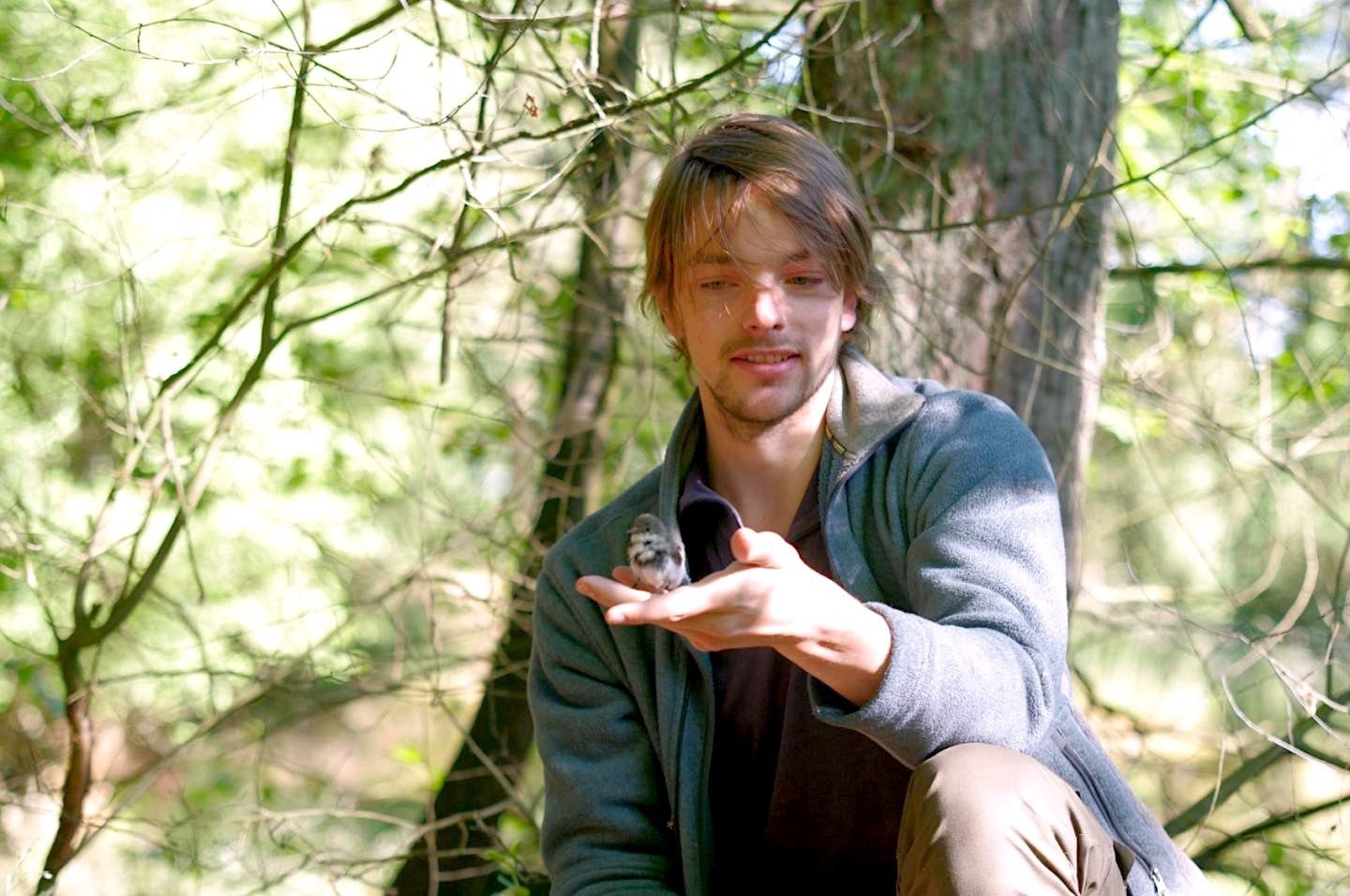 Pied flycatchers produce offspring when there is an abundance of caterpillars, their preferred food. Caterpillars are most bountiful when the first leaves appear on trees, and trees are leafing sooner because climate change is causing spring to arrive earlier. This, in turn, has led flycatchers to migrate sooner, arriving while the great tits are hanging around. At the same time, climate change has produced milder winters, allowing more tits to survive until spring. The greater number of tits is giving rise to more potential murders, as “more great tits means more competition for the flycatchers,” Samplonius said.

Scientists saw “huge differences” in the number of victims over the years. In some years, nearly 10 percent of the flycatcher males died in great tit nests, while, in other years, there were none. “We found that, in areas and years with high tit densities, after warmer winters there were more flycatcher victims,” he said.

Across the board, climate change has been causing shifts in the migratory patterns of many species, threatening their ability to feed and nurture their offspring. Rising temperatures are also limiting the growth and development of young birds, with some species shrinking in size. Samplonius’s study, published recently in the journal Current Biology, suggests it also is causing more competition for resources—and a higher body count. 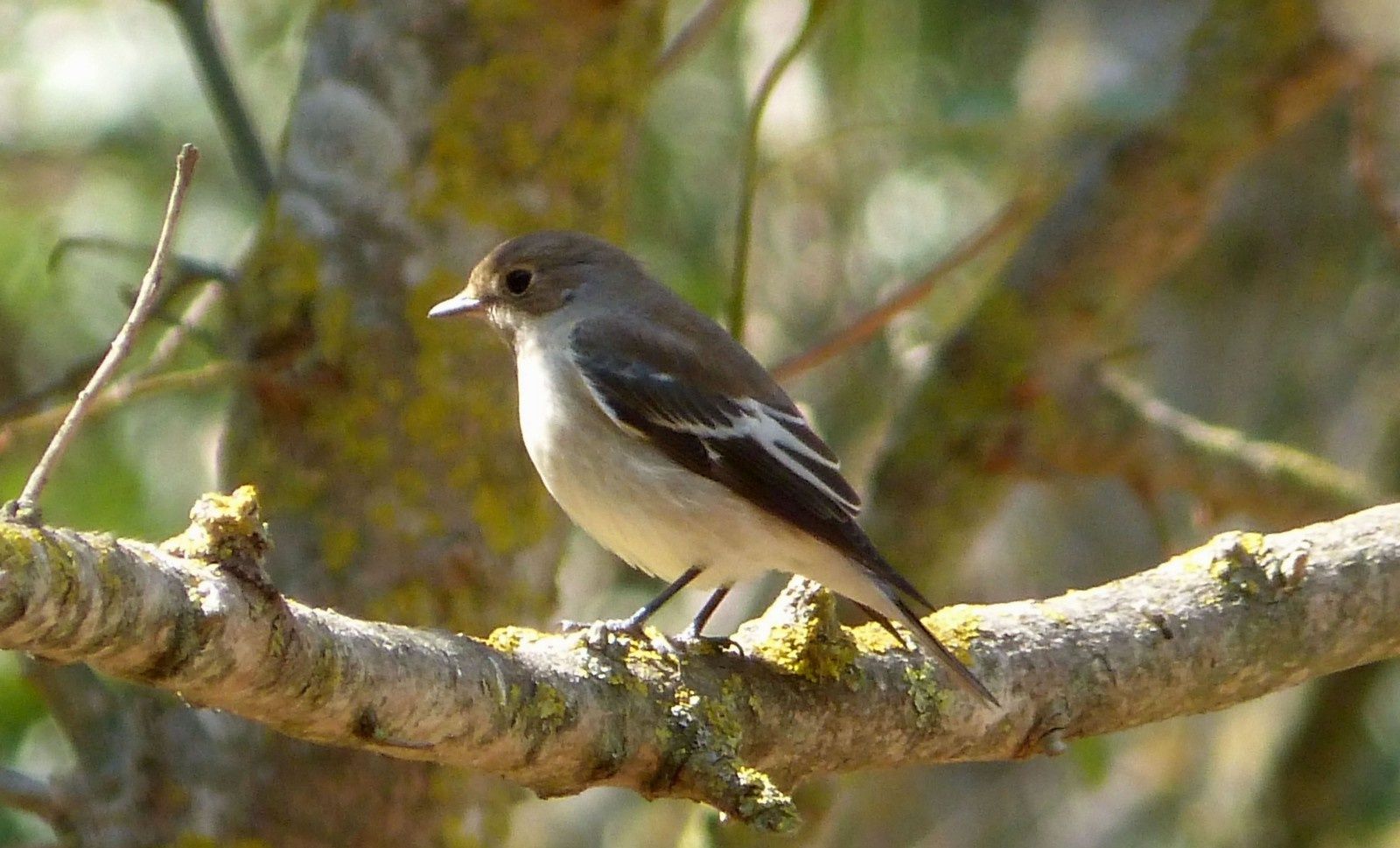 A pied flycatchergailhampshire / CC BY 2.0

While checking the great tit nest boxes used in his field studies, Samplonius found numerous dead flycatchers, suggesting they were trying to take over the territory. Although flycatchers—built for long distance travel—are more agile flyers, “when a flycatcher enters a box with a great tit inside, it doesn’t stand a chance, as great tits are heavier [and] have very strong claws,” he said.

The interaction can be quite ugly, as the tits also occasionally inflict grisly head wounds and then eat their victims’ brains. But like flycatchers, they’d rather eat caterpillars. “We consider the brain-eating more a by-product of the aggressive interactions,” Samplonius said. “In general, great tits are insectivorous.”

During the breeding season specifically, most of their food consists of caterpillars, although they are only available for a short period during spring. When insects become scarce, great tits switch to beech nuts. “However, this does not mean great tits do not eat other, bigger animals,” Samplonius said. “They are known to hunt bats occasionally, and also smaller birds in winter. However, we still consider this to be relatively rare behavior.” 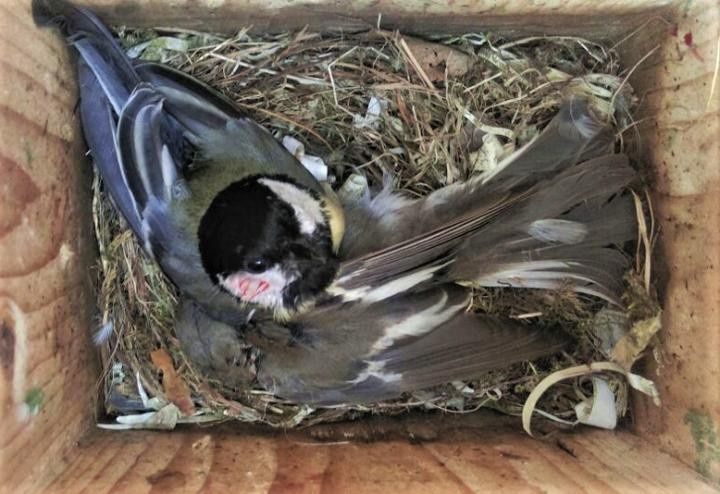 Notably, scientists found that conflicts with great tits had no effect on the overall flycatcher population. “We noted that the males killed were usually those who arrived late in the season,” he said. “These late birds quite often don’t find a female to breed with, so that may explain why this behavior has no impact on the population.”

Michael McGrann, a bird researcher who chairs William Jessup University’s institute for biodiversity—who was not involved in the study—said the findings didn’t surprise him. Scientists, he said, have been worried that changing weather patterns “will cause residents and long-distance migrants to differ in how they shift their geographic ranges, and in how they adjust the seasonal timing of the onset of breeding behaviors,” resulting in potential conflicts between species.

Wildlife ecologist Brett Furnas, senior environmental scientist in the California Department of Fish and Wildlife’s wildlife investigations laboratory, who was also not involved in the study, agreed. The study is “a great example of how the impacts of climate change will be complex and sometimes difficult to predict, because not all species will be affected the same way or at the same rate,” he said. “It demonstrates how species are changing their behavior and interactions with each other in response to a changing climate. A better understanding of how some species benefit and others suffer can help us plan effective conservation efforts.” 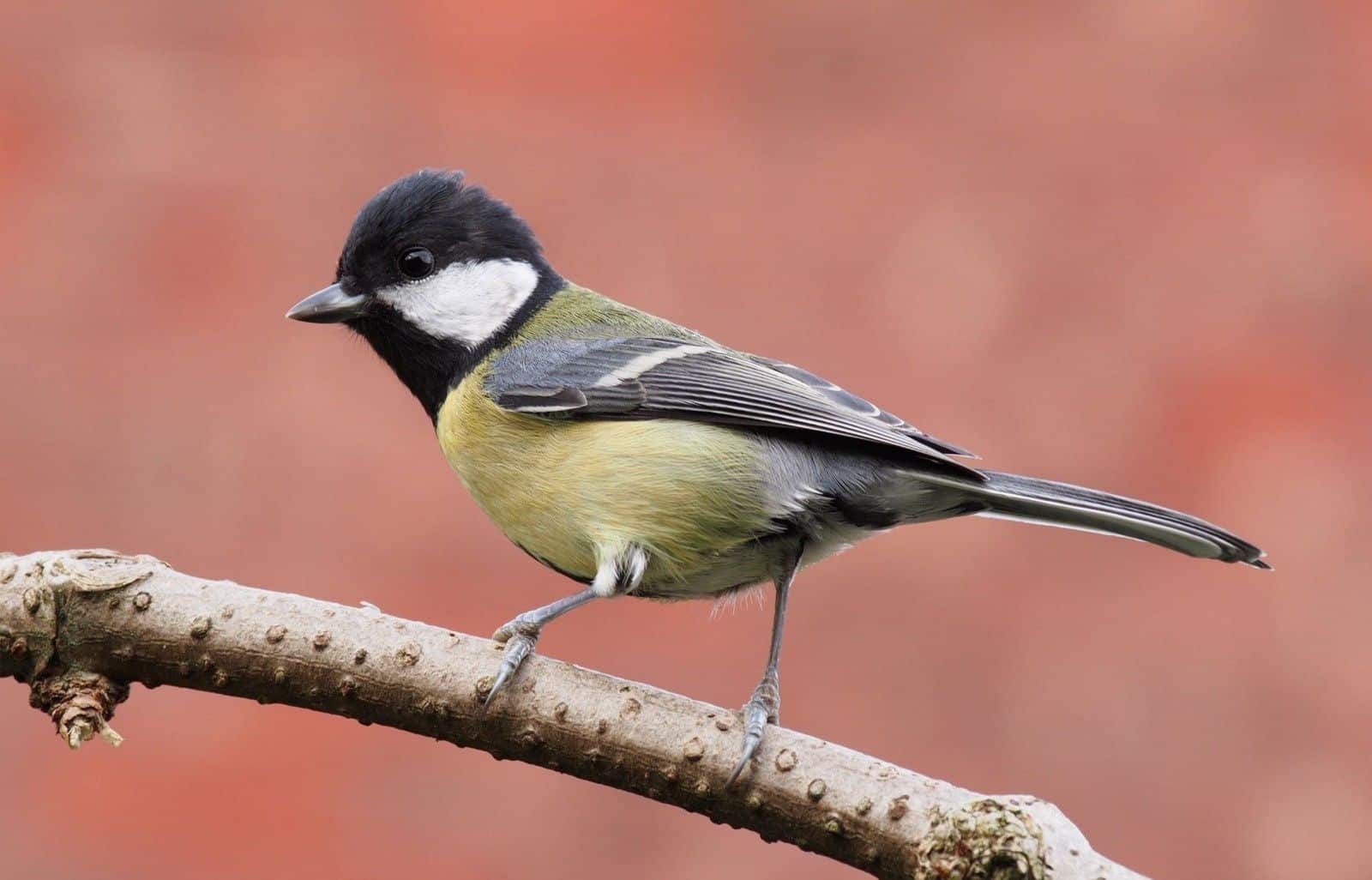 Simon Griffith, an avian scientist in Macquarie University’s department of biologist sciences in Sydney, who also not involved in the study, lamented the death of migrating flycatchers. “It’s both amazing and sad to think that these tiny flycatchers have migrated all the way [from] Africa back to Europe, ready to breed, to then succumb to the challenge of a great tit that has spent the winter in Europe, enduring the cold conditions there,” he said.

Samplonius pointed out that the tit and the flycatcher likely are susceptible to the same instincts that drive other forces in nature, including people. “We know that in humans, climate change is considered a catalyst of conflict,” he said. “Our study shows this may also be the case in birds.”

40% of the world's 11,000 bird species are in decline: "One in Eight Bird Species Threatened With Extinction, Study Finds" https://t.co/V0DZdRm39y via @EcoWatch pic.twitter.com/ePeHVWZKT9