Some of the Country’s Biggest Supporters of Climate Action? Latinos. 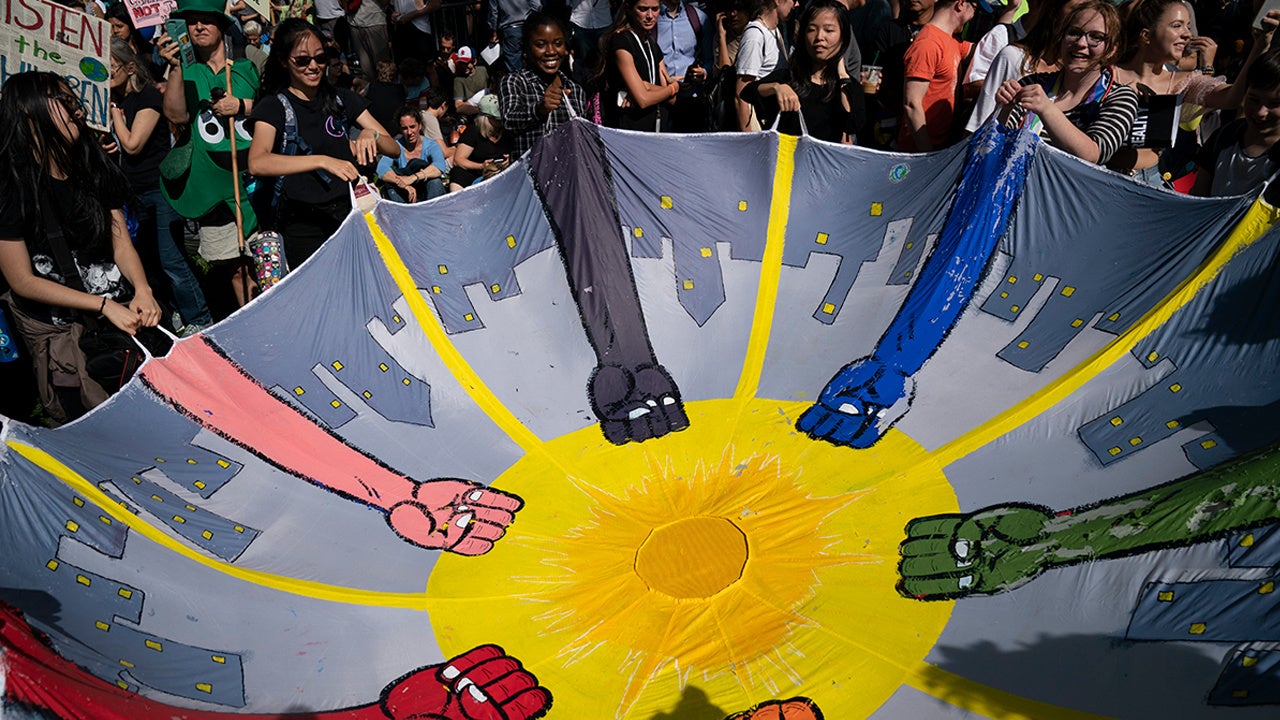 More than 58 million people currently living in the U.S. — 17 percent of the population — are of Latin-American descent. By 2065 that percentage is expected to rise to nearly a quarter. Hardly a monolith, this diverse group includes people with roots in dozens of countries; they or their ancestors might have arrived here at any point between the 1500s and today. They differ culturally, linguistically and politically.

But there’s one area where they tend to overlap: climate change. As a group, Latinos are far more convinced that climate change is real and human-caused, and more likely to understand that it poses an existential threat to communities than non-Latinos. They’re also more likely to want the issue addressed — right now — with large-scale governmental action.

More than three-fourths of Latinos say they are worried about global warming, with one in three specifying that they’re “very worried.” Of those polled, the majority believe that climate change will lead to “a great deal” of harm to future generations, plant and animal species, the world’s poor, and people in developing nations.

Given their numbers, geographic diversity and strongly held beliefs, Latinos ought to be at the forefront of the political fight against climate apathy and inaction. Instead they’ve largely been ignored. According to the same Yale study, 7 in 10 Latino say they have never been contacted by an organization working to mitigate global warming — and nearly three-quarters of them say that they’ve never been asked or guided, by anyone, to contact their elected officials about the issue.

The jarring juxtaposition of Latinos being so eager to engage with a movement that has dropped the ball in reaching out to them is what prompted Carlos Zegarra to dedicate himself full time to mobilizing his community on the issue of climate change. The group he cofounded and currently directs, Sachamama, aims to leverage the cultural and political power of tens of millions toward the goal of “building support for a 100 percent clean energy economy for all, and sustainable attitudes, behaviors, and lifestyles within Latinx community.”

The Peruvian-born and Colombian-raised Zegarra first began to sense the need for a group like his when he was working as a marine biologist specializing in fisheries at Florida International University. “About 40 percent of my work was outreach to the community,” he said. Zegarra was surprised at how little of the science he was working on, day in and day out, was being successfully transmitted to his fellow Latinos. “It was clear to me that there was a gap in communication between what we, as scientists, were working on and what the community was getting,” he said.

With his wife, Johana Suárez, and his sister, Vanessa Hauc, both journalists, Zegarra continues to grow Sachamama (the name refers to the jungle-protecting snake goddess of Peruvian mythology). What began five years ago in Miami with only a handful of staffers has become a conduit between the climate movement and major Latino media and an incubator for Latino activists, with a presence in eight U.S. cities.

Sachamama’s Latinos por la Tierra initiative focuses on messaging: crafting, honing and sharing information with news outlets and social media influencers who are in a position to disseminate it to millions. Once the message is out and it’s time for action, that’s where the Climate Innovation Lab comes in. It’s a series of workshops that Sachamama holds around the country to nurture community involvement and share advocacy tools to make sure the voices of Latino people are heard by their political representatives.

For Zegarra, there’s little question as to why Latinos are so impassioned and energized on the issue of climate change. “We’re deeply affected by it,” he said. “We’re often living in some of the most polluted areas of the nation, and many of us are holding jobs that are on the front line of climate change: agriculture, services, construction. We have to deal with this not only at home, but also where we work.”

As for why there’s been such a disconnect between this community and the larger climate movement, he’s philosophical yet optimistic. “People in the larger movement, with the best of intentions, haven’t always taken the time to understand the community. They may come in with specific goals, or a specific agenda, or time constraints. But building relationships takes time — and it takes trust. There’s so much that needs to happen right now, and it needs to happen so quickly, that a lot of groups don’t have the capacity to get the relationship right.”

I spoke with Zegarra shortly after last month’s massive, worldwide Youth Climate Strike, ushered into being by teenage activist Greta Thunberg. In the young strikers — which included many of the 1,000-plus participants of Sachamama’s advocacy workshops — he finds hope and inspiration. “What I like about them is that they’re really raw and open in the way they see things,” Zegarra said. He has faith that Latino youth, as well as others, will continue “speaking truth to power, but also taking strong actions and following through, really pushing governments to bring attention to this issue. Because, obviously, our lives are at stake.”