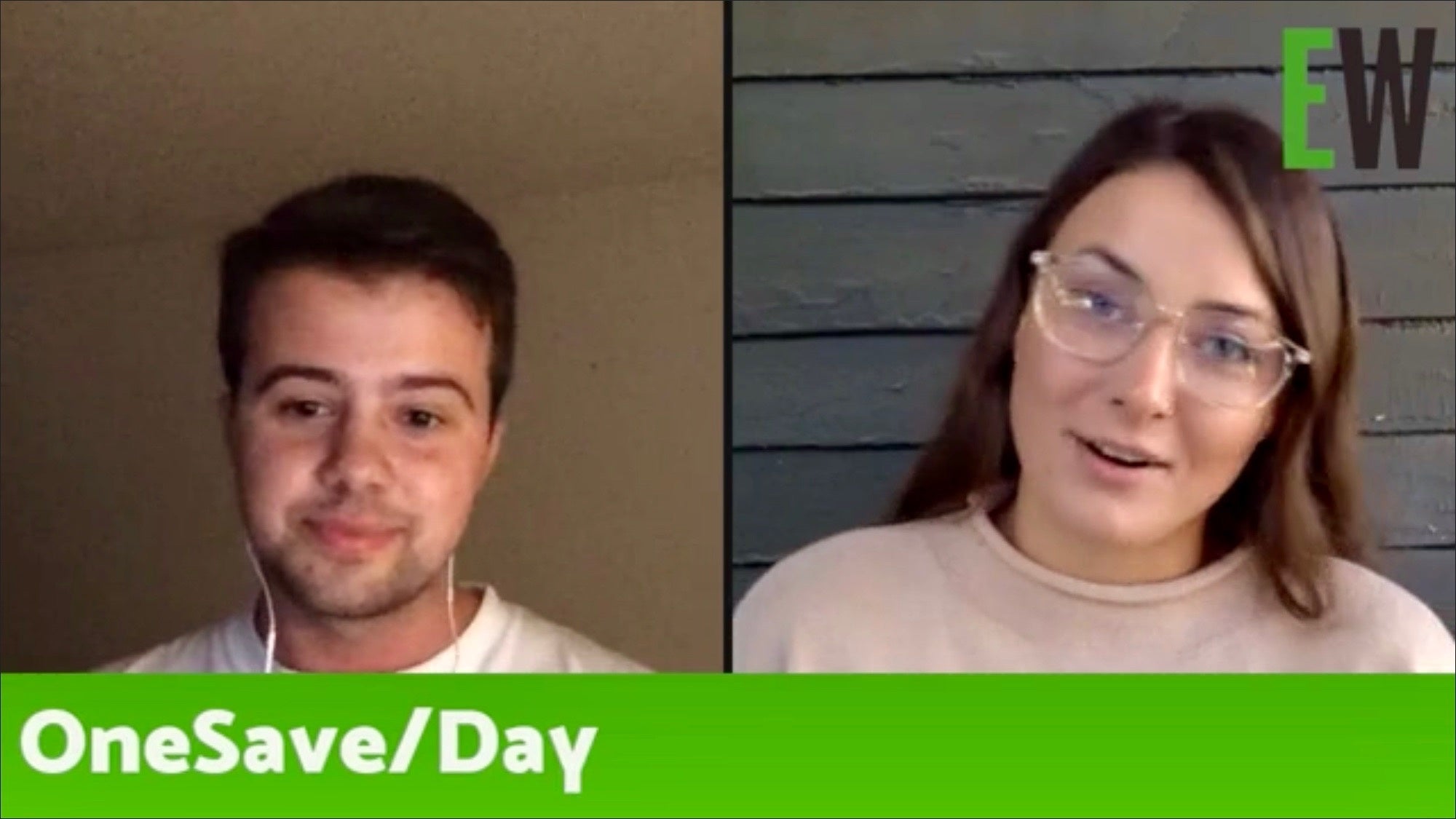 Maxime Leroux, a 19-year-old student in France is creating an online community of people executing one “save” per day for the sake of the planet.

OneSave/Day is the name of the free app that is empowering thousands to commit to just one daily action to be a better environmental steward.

“What an inspiration he is,” commented Misty Hay, an “EcoWatcher” who tuned in to an EcoWatch Live interview with Leroux on Thursday. “It’s bringing you one action every single day that you can do,” said Leroux.

Prior to the launch of this app, Leroux had never touched app development. He hadn’t even considered himself to be an environmentalist. “I had no real relationship to this topic,” he said.

Leroux was a typical college student who grew up with a “normal” life. He began to absorb headlines about the climate crisis which leave many with a growing sense of eco-anxiety. He shared more about these sentiments on the blog Eco Warrior Princess:

I was frustrated that there seemed nothing I could do every single day to make a difference; to me, taking daily action just seemed to matter.

My thoughts were that [I] alone would not have a crucial impact, but as a community, we could make all the individual actions count. Imagine 100,000 persons picking up one piece of trash on the same day. The result would be amazing, it would only take seconds for each participant to complete and the actions can easily be done every day.

EcoWatch, BBC and CNN Climate are some of many sources Leroux began to study to figure out the biggest problems our planet faces. Once he began examining the problems, he started to find the solutions.

Plastic pollution is the most obvious example. “What can we do about this problem?” he asked. “Where do we consume plastic? Why do we have plastic?” Once he figured out some of the sources of the problem, one place being grocery stores, he began to create simple “saves” that anyone can do such as: Take the minimum amount of plastic from the grocery stores. On the day of the interview the task was to find out about local car sharing options.

Since the app is in its early stages of evolution, there is much room for improvement and some bugs are currently being worked out. Leroux invites EcoWatchers to find the app on instagram by searching One Save a Day and to send any feedback or ideas for future saves.

A byproduct of doing one save per day is a feeling of satisfaction at the end of each day. He receives feedback from individuals saying, “At the end of the day I know that I’ve done something good on this day for the planet.”

Leroux wrapped up the EcoWatch Live interview by encouraging viewers to avoid comparing themselves to others such as those thriving in the zero-waste lifestyle and to try instead one “save” a day.