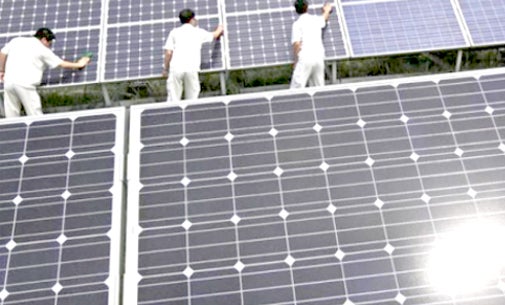 China ended 2013 by annihilating the solar energy record books, and it wasn’t even close.

China’s solar installations totaled more than that of any other country in any other year. China installed 12 gigawatts (GW) of photovoltaic (PV) projects, with a possibility of projects at the end of the year pushing that amount up to 14 GW, according to Bloomberg New Energy Finance.

No other nation has ever installed more than 8 GW in a single year. 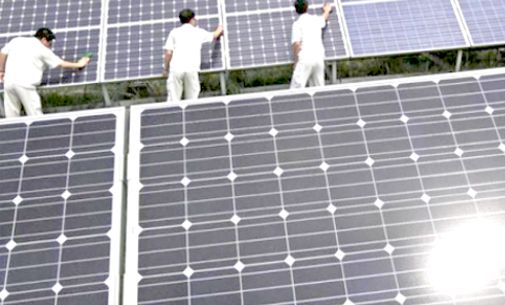 “The 2013 figures show the astonishing scale of the Chinese market, now the sleeping dragon has awoken” said Jenny Chase, head of solar analysis at Bloomberg New Energy Finance. “PV is becoming ever cheaper and simpler to install, and China’s government has been as surprised as European governments by how quickly it can be deployed in response to incentives.”

Earth Techling estimates that the previous record year might have been Germany’s 7.6 GW in 2012. By comparison, 2013 was also a record year for the U.S. solar energy industry with installations of about. 4.2 GW. Half of the world’s solar demand in 2014 is expected to come from the Asia-Pacific region.

China’s government is targeting 14 GW of additional PV capacity this year. Officials are aiming for at least 60 percent of this year’s installations to be rooftop projects, which connect to the distribution grid as opposed to the transmission grid. Projects on the transmission grid accounted for most of China’s solar market in 2013.