Whose Grid? Our Grid! Chicago’s Campaign to Put Electricity Under Public Control 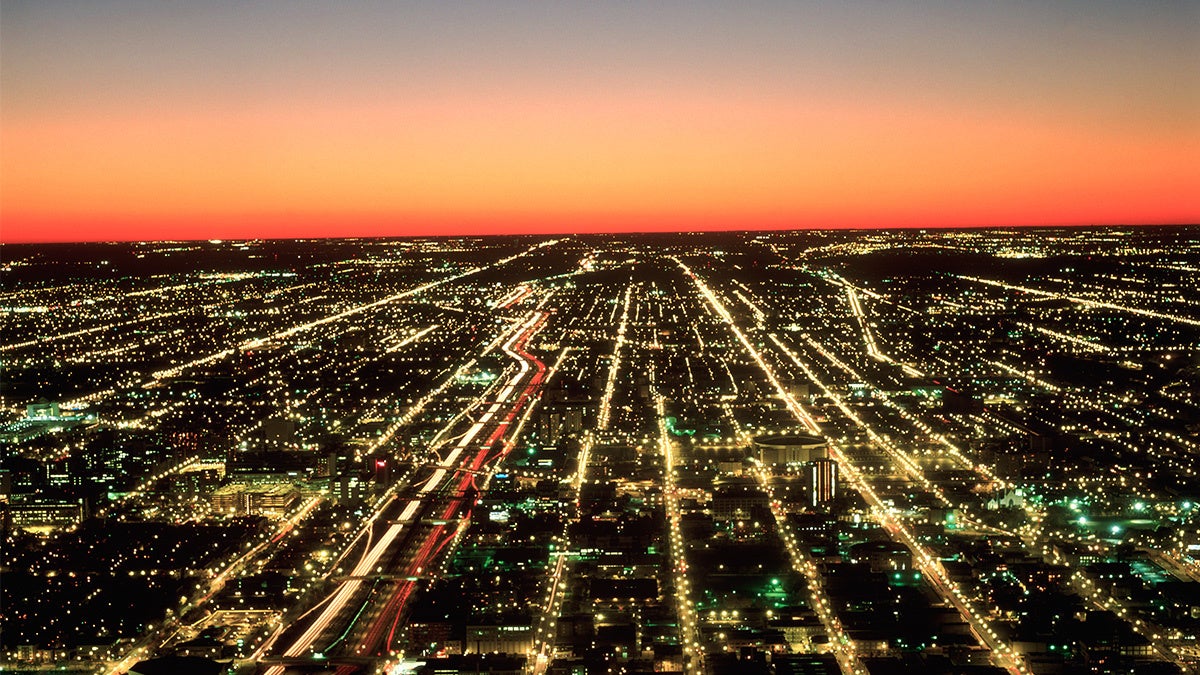 Among the many vendors at the Logan Square Farmers Market on Aug. 18 sat three young people peddling neither organic vegetables, gourmet cheese nor handmade crafts. Instead, they offered liberation from capitalism.

Representatives of the Chicago Democratic Socialists of America (CDSA) engaged marketgoers in discussions about the campaigns they are involved in, from lifting the ban on rent control to establishing single-payer healthcare. But one effort in particular seemed to catch the most attention.

“We’re trying to bring ComEd under municipal control,” CDSA member Matthew Cason told Patrick Petranek, a Logan Square resident whose eyes lit up at the prospect of Chicago’s largest electricity provider, Commonwealth Edison, being taken over by the city. Petranek said he supports more transparency around fees and signed a petition in support of the campaign.

ComEd’s franchise agreement with Chicago is up for renegotiation at the end of 2020. The agreement, established in 1947, allows ComEd to access the city’s public areas to build electric infrastructure — and form a practical monopoly over Chicago’s electricity.

“Electric power is a critical function in everyday life, and we can’t go without it,” Cason told In These Times. “Yet, it’s controlled by a private monopoly, and that private monopoly is minimally accountable, not transparent and just is outside of our public control.”

Cason argues that a democratically controlled utility would help Chicago reach its goal of 100-percent clean and renewable energy by 2035, which City Council set in April. If the city — not a profit-driven corporation— is responsible for sourcing its own energy, Cason says, it will make decisions to satisfy its residents instead of investors.

CDSA launched its #DemocratizeComEd campaign in June, part of a wave of municipalization efforts heating up across the country. DSA and other grassroots organizations are mounting campaigns from San Francisco to Maine. In July, after a heat wave forced two power shutdowns in New York City, Mayor Bill de Blasio floated the idea of taking over ConEd, the city’s investor-owned electric utility.

In late July, Chicago alderman and CDSA member Daniel La Spata introduced a City Council order calling for a feasibility study to examine the potential impacts — environmental, social and economic — of bringing ComEd under public control. Cason expects the proposal to easily pass through the Committee on Environmental Protection and Energy, after which it would be up for review by the whole Council. The study, due to come out in December if authorized, would then outline paths to municipalization.

Twenty-two of Chicago’s 50 aldermen have indicated support for the study so far. While a plan for Chicago’s potential ComEd takeover would be detailed in the study, Cason points out that Illinois makes it particularly easy for local governments to municipalize utilities. One way is through a Public Utility Certificate, a special low-interest bond that enables cities to purchase utility assets, including equipment and infrastructure, while paying back the loan only with revenue generated from the utility. ComEd’s assets would then be managed by a board of elected officials, rather than answering to profit-driven shareholders.

Johanna Bozuwa, co-manager of the climate and energy program at The Democracy Collaborative and an advocate for municipalization, allows that “publicly owned utilities have [not] always been perfect” — for instance, poor power infrastructure will cause blackouts regardless of who owns the utility. But, she adds, democratizing utilities creates “many more levers in order to enact change in a way that we can’t do in a corporate monopoly entity.” Public utilities can prioritize community over profit, she said. “We have agency in a way that we may not otherwise.”

Burlington, Vermont, for instance, used its public power grid to become the first U.S. city to be powered by 100 percent renewable energy. Red-state Nebraska is currently the only U.S. state with a completely publicly owned power system — and has been since the 1940s, when private utilities thought powering rural areas was too expensive. Today, Nebraska residents pay some of the lowest electric rates in the country.

Chicago Alderman Carlos Ramirez-Rosa, also a CDSA member, made a case for municipalization on the public TV show Chicago Tonight in early July, noting there is local precedent: In 1947, Chicago took ownership of the private train lines that made up its famous “L” mass transit system, democratizing public transit.

“We want to make sure we’re pushing forward the socialist cause,” Ramirez-Rosa said. In addition to tabling at the farmers market, CDSA is canvassing neighborhoods and talking to City Council members to generate support for municipalization. Cason says talking to Chicagoans about the effort has been surprisingly easy. “Everyone knows what ComEd is,” Cason said. “Everyone knows what electricity is. Everyone has a power bill.”

But what most speaks to people he canvasses, Cason says, is the principle of having a basic necessity managed by an entity beholden to Chicago residents, rather than profit.

“We believe that critical public and social functions should be under public control,” he told In These Times. “You don’t want to leave something you need up to the whims of private shareholders, private investors … things that are not accountable to the public.”

This story originally appeared in In These Times. It is republished here as part of EcoWatch’s partnership with Covering Climate Now, a global collaboration of more than 250 news outlets to strengthen coverage of the climate story.