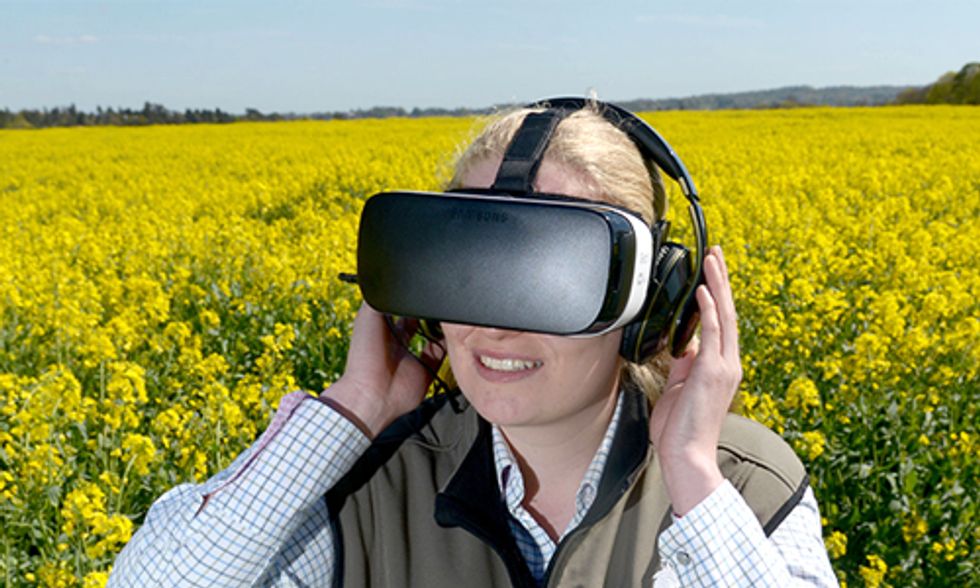 The digital revolution is breaking new ground every day. Technology has a way of doing that. I remember when Hewlett-Packard introduced its first "laptop" computer, which stored a page and a half of writing. It revolutionized my life as a newspaper columnist, allowing me to write on planes or in a tent and submit articles through a phone. I never imagined the steady advances that would lead to today's powerful laptops, tablets and handheld computers.

Once while filming in a remote BC forest, I wanted to pan from the roots of a cedar tree along the trunk to the top in a single shot. After spending hours rigging wires and pulleys and struggling to keep the heavy camera from swaying as it rose, our crew gave up in frustration. Recently, we used a light GoPro camera mounted under a drone to get a spectacular high-definition shot in a few minutes!

The first time I opened YouTube, I was looking for a video of the astounding phenomenon of mucous secretion by a hagfish, a primitive marine animal. To my surprise, I found several postings and as I chose one, a list of several others that might be of interest popped up. Two hours later, I realized I'd been sucked in by an incredible range of films.

When I first heard about virtual reality, I was invited to put on the goggles and experience it. Crude as those first images were compared to what's available now, I was immersed in the scenes. It was impressive and exciting, but I suggested that people should be wary of unintended consequences, because virtual reality could eventually appear better than reality.

With virtual reality, people could race a car and experience all the heart-thumping adrenalin of the real thing, then crash and walk away unharmed. We could have a showdown with a gunslinger, lose and fight again. We could indulge in the kinkiest sex without exposure to sexually transmitted infection or other consequences. Why go for the real experience when a virtual one would be risk-free?

During a recent visit to Montreal, I had the opportunity to watch the latest iteration of the digital revolution: images in 3D, HD and 360o wrap-around. It was mind boggling. I swam with whales and zoomed through a forest, listening to actual sounds, along with music and narration. As I watched a spectacular mountain forest, a train suddenly appeared, splashing across a lake and then coming straight at me. As my body responded to the all-too-realistic locomotive, it reached me and exploded into a thousand birds that took off in a glorious cloud. Computer graphics melded seamlessly with actual footage that generated scenes far exceeding reality.

I've been intrigued by the possibility that this technology could enable people to have such incredible experiences with whales, fish and other animals that we would no longer feel the need to imprison animals in aquaria and zoos. People wouldn't even need to journey to exotic places to see wildlife in their habitats.

I have no doubt virtual reality is going to have a huge impact. We're just beginning to recognize its potential. But as with all new technology, there will be unintended repercussions, the greatest of which will be further estrangement from nature. Studies show that because people evolved out of nature, we need that connection with the natural world for mental and physical well-being.

Author Richard Louv categorizes a suite of childhood problems—including bullying, attention deficit disorder and hyperactivity—as “nature deficit disorder," induced or worsened by too little physical exposure to nature. The average Canadian kid today spends more than six hours a day glued to a screen—mobile phones, computers, televisions—and less than eight minutes a day outside! That's one reason why the David Suzuki Foundation is encouraging people to get outside for 30 minutes a day in May with its 30x30 Nature Challenge.

Some proponents claim virtual reality will stimulate children to spend more time outside. But why bother when the virtual world seems better than the real one? I'm sure innovation and creativity will continue to drive the technology to new frontiers. I'm just as sure there will be enormous unexpected and damaging consequences if we aren't careful.