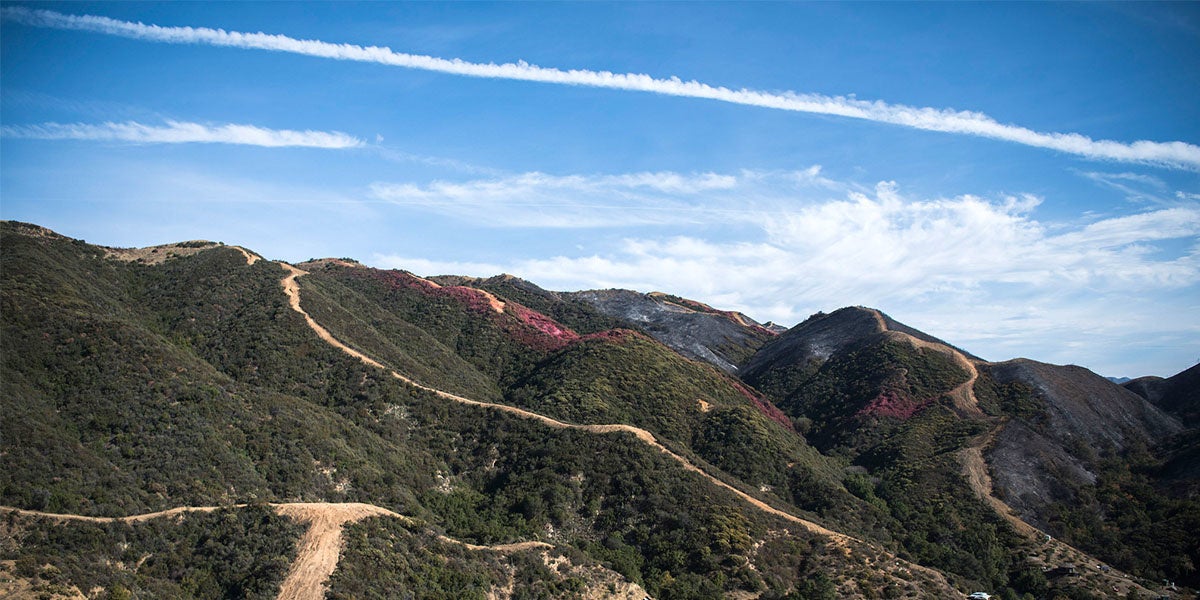 Southern California’s wildfires are posing a growing risk, as the Sunshine State threatens to become too sunny for its own good. In many southern coastal areas, rising summer temperatures caused by spreading urbanization and the warming climate are driving off formerly common low-lying morning clouds and increasing the prospect of worse wildfires, U.S. scientists say.

Park Williams, a bioclimatologist at Columbia University’s Lamont-Doherty Earth Observatory, is lead author of their study. “Cloud cover is plummeting in southern coastal California,” he said. “And as clouds decrease, that increases the chance of bigger and more intense fires.” This conclusion reinforces earlier research which found that low-level clouds could help to cause some cooling.

What is happening is a neat example of a process known by climate scientists as a positive feedback, a way in which climate change contrives to feed on itself to worsen the situation still further (negative feedbacks, by contrast, cool things down). Another example is Arctic melting.

Professor Williams says the decrease is driven mainly by urban sprawl, which increases near-surface temperatures, but that overall warming climate is contributing too. Increasing heat drives away clouds, admitting more sunlight to heat the ground further, leading to dryer vegetation and higher fire risk. The team’s research is published in the journal Geophysical Research Letters.

It follows a 2015 study in which Williams first documented a decrease in cloud cover around Los Angeles and San Diego. Urban road surfaces and buildings absorb more solar energy than open countryside does, and that heat is radiated back out into the air—a major part of the so-called heat-island effect.

At the same time, overall temperatures have been rising in California thanks to global warming driven by prodigal human combustion of fossil fuels, and this has boosted the effect. In the new study, Williams and his colleagues have found a 25 to 50% decrease in low-lying summer clouds since the 1970s in the greater Los Angeles area.

Normally, stratus clouds form over coastal southern California during early morning within a thin layer of cool, moist ocean air sandwiched between the land and higher air masses that are too dry for cloud formation.

The stratus zone’s altitude varies with weather, but sits at roughly 1,000 to 3,000 feet. But heat causes clouds to dissipate, and decades of intense urban growth plus global warming have been damaging the stratus layer’s base, causing it to thin and clouds to burn off earlier in the day or disappear altogether.

He and his colleagues have shown a strong link between a warming climate and an increase in wildfires in the western U.S. But in southern California the link is more subtle, and clouds are a rarely studied part of the system.

However, many of California’s airports have been collecting hourly cloud observations since the 1970s, not for research, but rather for navigational safety. Williams and his colleagues used this data to develop a fine-grained picture of changing cloud cover over the region.

They then compared it to a separate large database kept by the U.S. Wildland Fire Assessment System, whose researchers have for decades regularly measured vegetation moisture in the hills outside Los Angeles. By comparing the two data sets they found that periods of less cloud cover during the summer correlated neatly with lower vegetation moisture, and thus more danger of fire.

But the study has not found that the total area burned in summer has increased because of decreases in cloud shading. There are too many other factors at play, said Williams, including yearly rainfall variations, winds, the places where fires start, and—perhaps most of all—decreases in burnable area as urban districts have grown, together with the increased effectiveness of fire-fighting.

“Even though the danger has increased, people in these areas are very good at putting out fires, so the area burned hasn’t gone up,” he said. “But the dice are now loaded, and in areas where clouds have decreased, the fires should be getting more intense and harder to contain. At some point, we’ll see if people can continue to keep up.”

The California-wide fires in the autumn of 2017 were probably not strongly affected by the reductions in summer cloud cover, he said. They were driven mainly by extreme winds and a late onset of the autumn rainy season. But he expects to see California’s overall fire danger increase, as long as there is adequate vegetation to burn.